Murray has a new toy! It arrived today... miniature bagpipes for in house.


Now he can finally practice without four frantic cats and one distressed wife - especially the wife is grateful that the pipes can no longer be heard at 5 miles distance (which, imho, is the best distance for such an instrument, shhhh, don't tell Mur I said so).

This is Mur fully dressed with his regular pipes. As a sidenote, here is a tidbit of information about this article. At the time that picture was taken, Murray  was pipe major of the Bermuda Islands Pipe Band. He had no idea his picture was used in a US inflight magazine (Delta Airline). A friend of his happened to travel to Michigan and picked up the magazine. Of all the millions of bagpipers, naturally they picked his handsome face! Also, the article mentions Robert Burns, who is Murray great-granduncle. 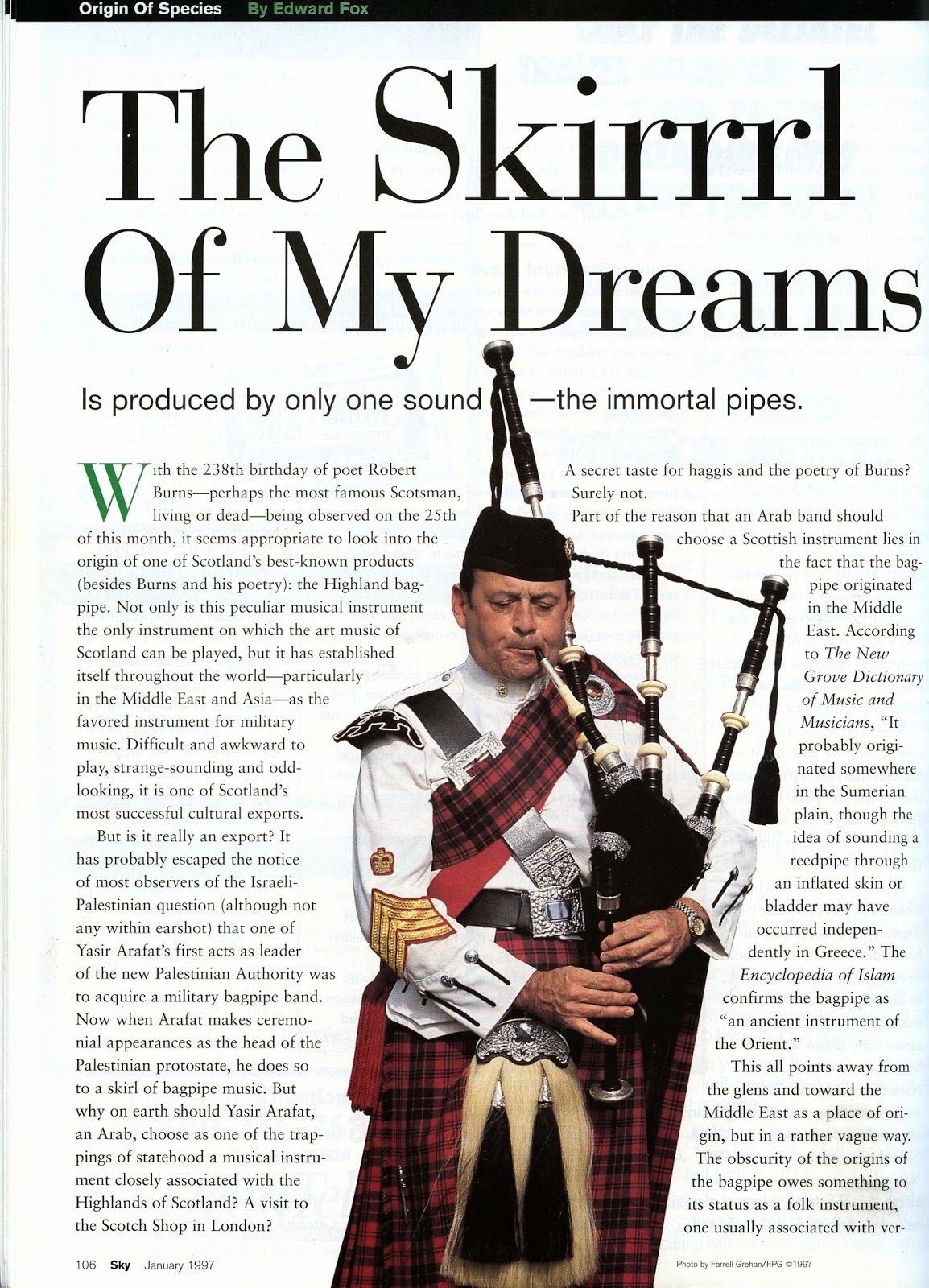 Truly, they are meant to be played outside. In fact, they are dangerous for the hearing, as Miss Toronto kindly demonstrates: 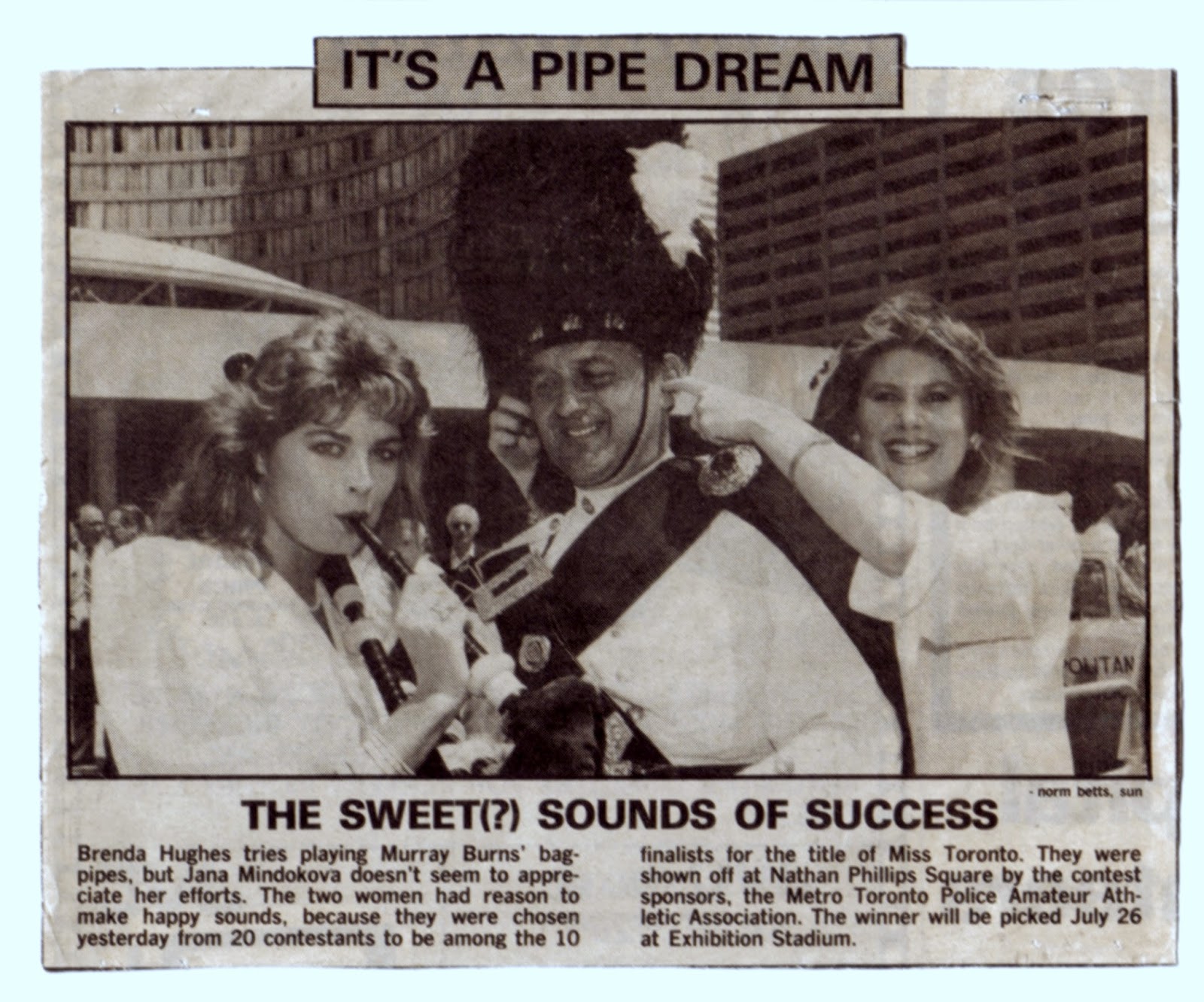 But see below how our little Atrus has no trouble with the new pipes: 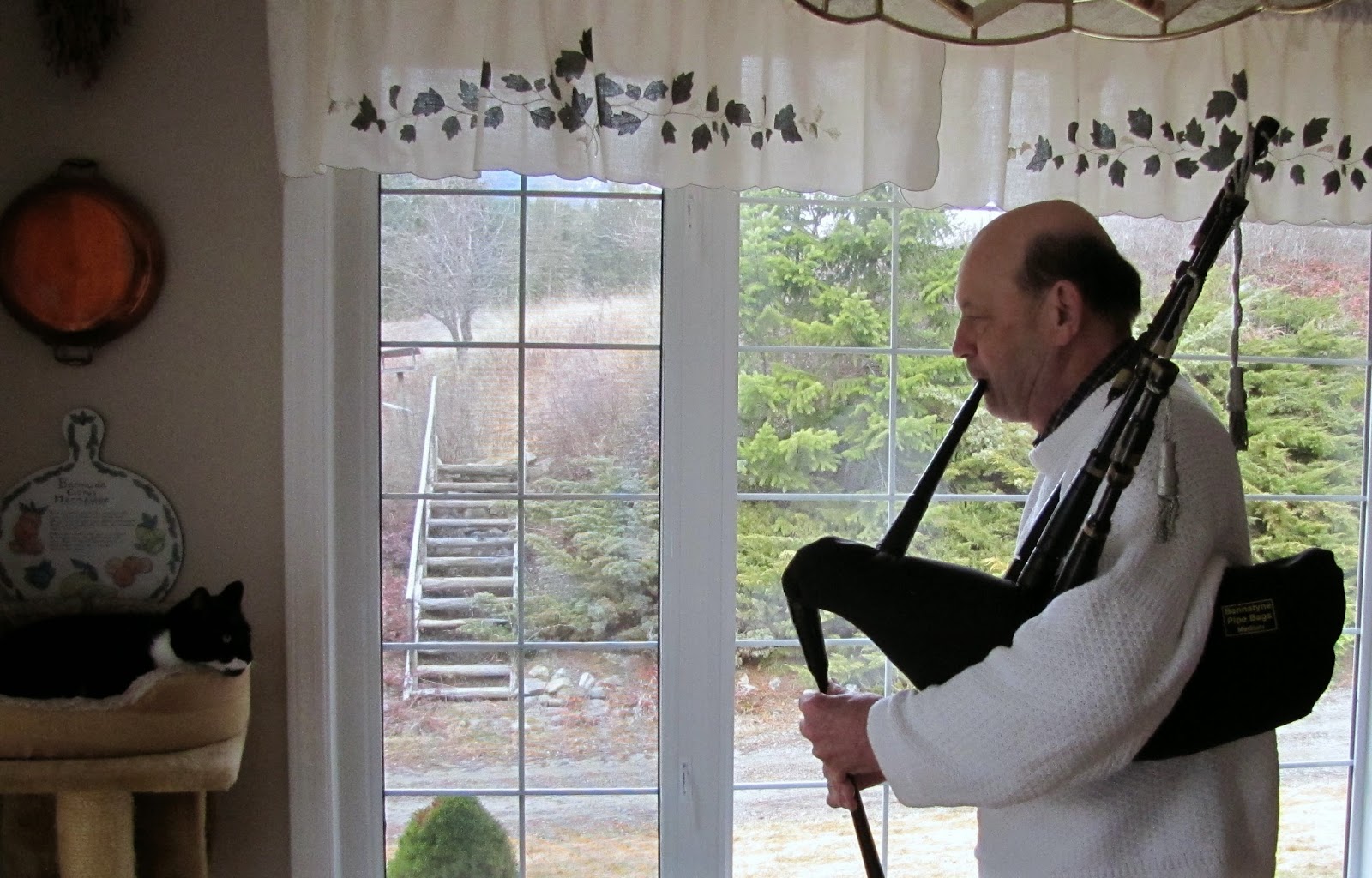 Do they have to look this grumpy when they play? 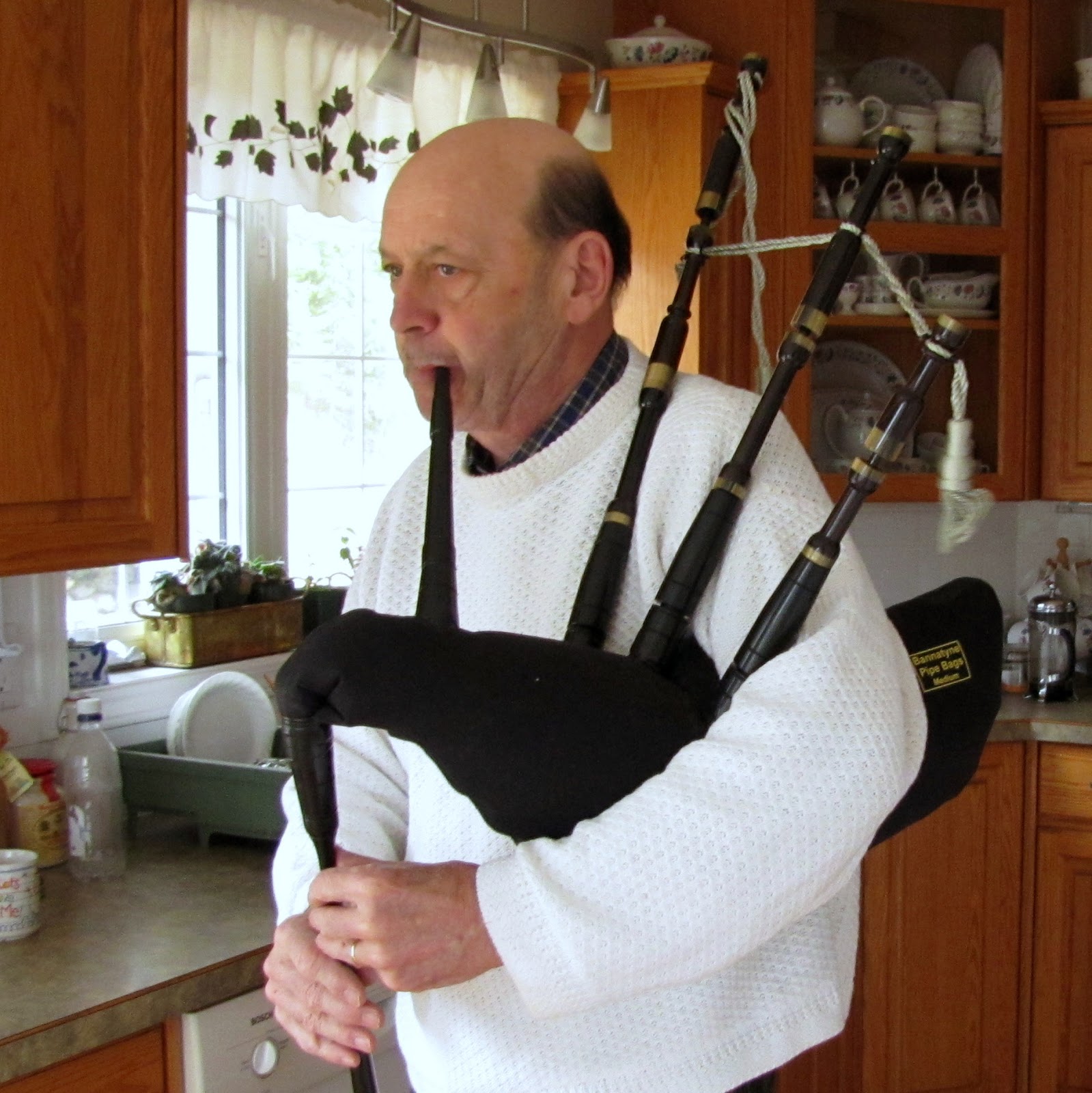 I promise I'll post a video soon, I took one but Mur made me not post it... and I can sort of see why. He has not played for over six years, so he needs to practice a little before it's youtubeable... But I'll nag him, don't worry! He has played solo for Her Royal Highness Queen Elisabeth and Prince Philip, so he better get back in shape soon!
Murray's projects people
Location: Home