Our trip to Toronto - day 5

Another busy day in Toronto, hard to believe our vacation is already halfway over, there is so much we'd still like to see! Today we visited Chinatown, one of the largest Chinese populations outside of China.


It is easy to imagine yourself in the Orient here, every sign, store etc had Chinese signs. Even our own bank, RBC, displays their name in Hanzi. 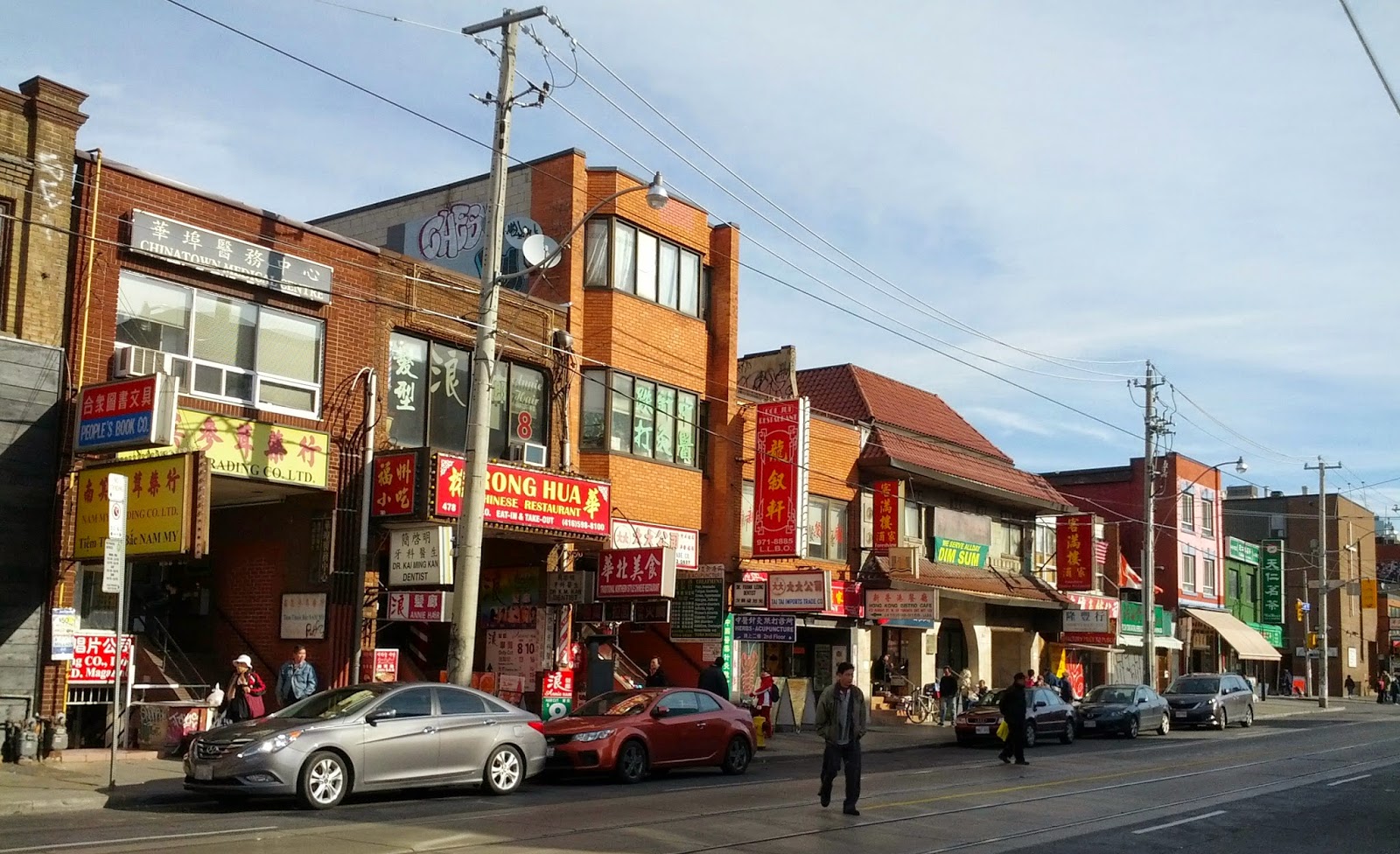 Murray and I have a passion for the true Chinese kitchen (not to be confused with fast food take-away grub!), so we made sure to visit few of the "local" grocery stores. Funny enough, not once did we see a white face, or hear the English language. When Murray bought some typical Chinese dried mushrooms and lichee nuts, the sales lady (who spoke no English whatsoever) was tickled pink. She kept trying to sell us more spices and such peculiar shaped... whatevers... that I can't even imagine what they were, would have loved to try them! But we have only so much room in our suitcases... we had to make choices.

We had a Dim Sum lunch at the Metropolitan hotel. Once again, the majority of the diners were from Asia, all so tastefully and elegantly dressed, we felt like peasants! Later we learned that there was a traditional Chinese wedding that night, that is why we saw such beautiful clothes, and so much gold and jewelry!

After that we had a walk through another neighborhood where Mur once lived, which brought back many happy memories to him. 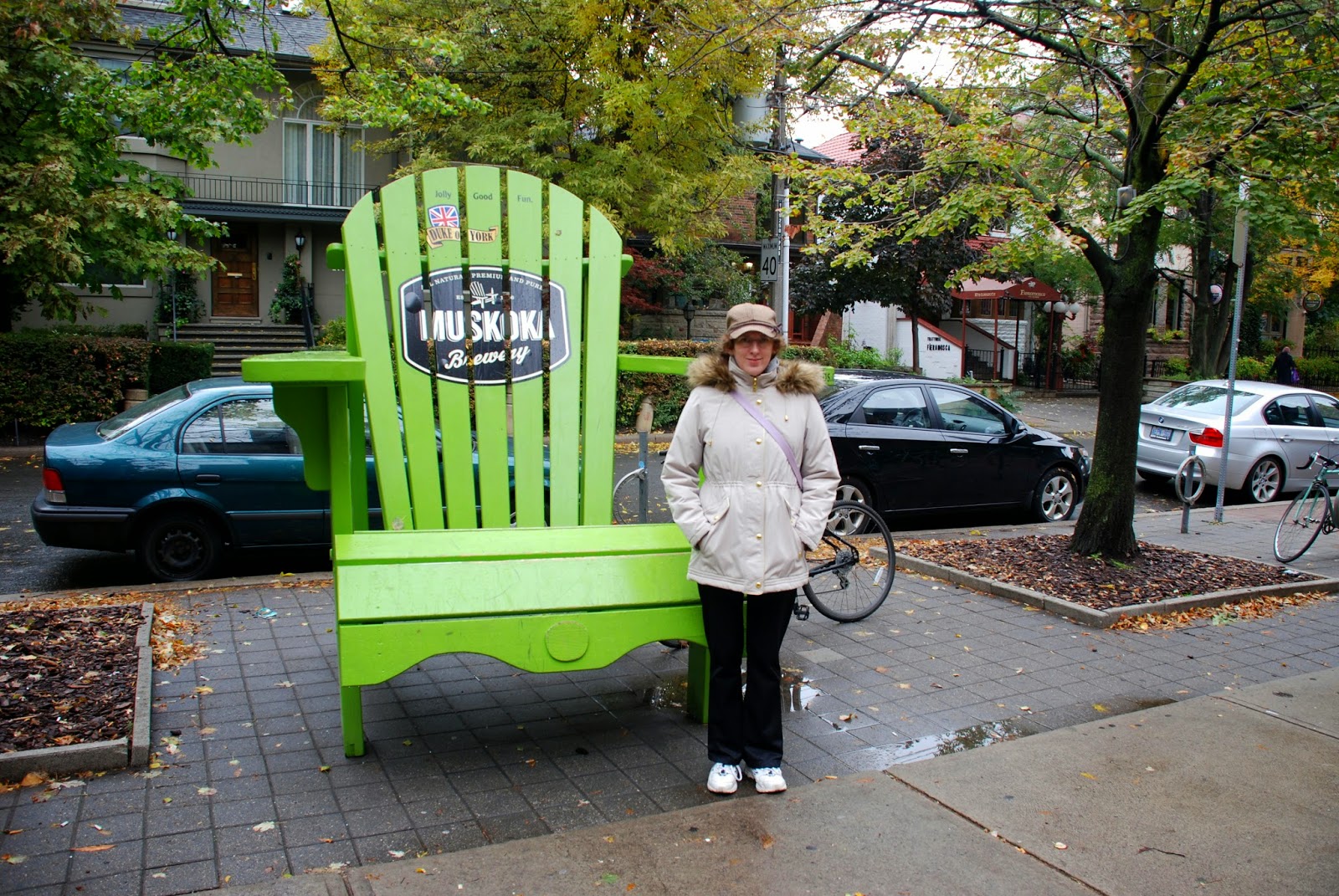 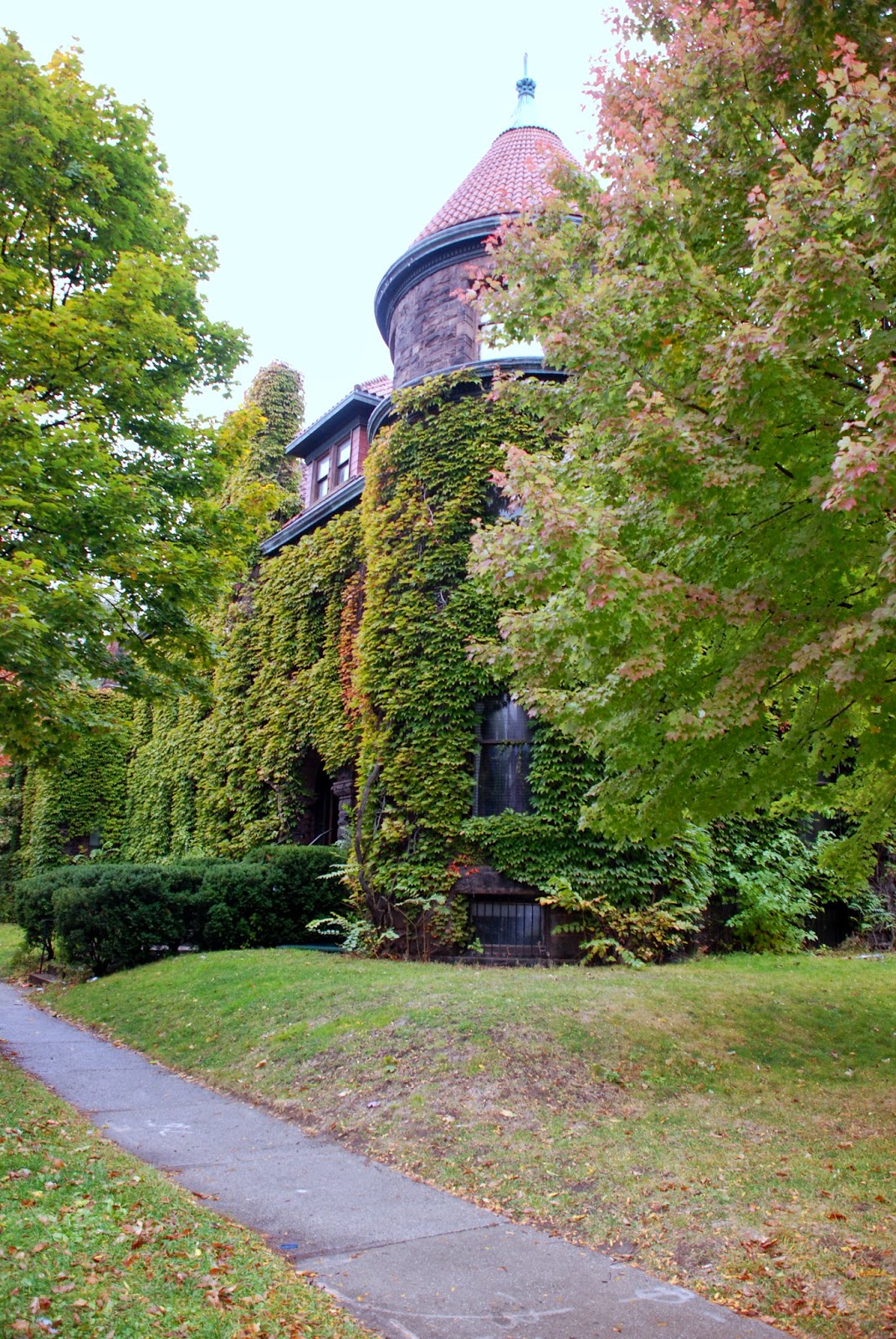 Below, the home of the well known painter Guttorn Otto. Murray watched him paint on several occasions, they became good friends. Sadly he passed away recently, I would have loved to have met him! 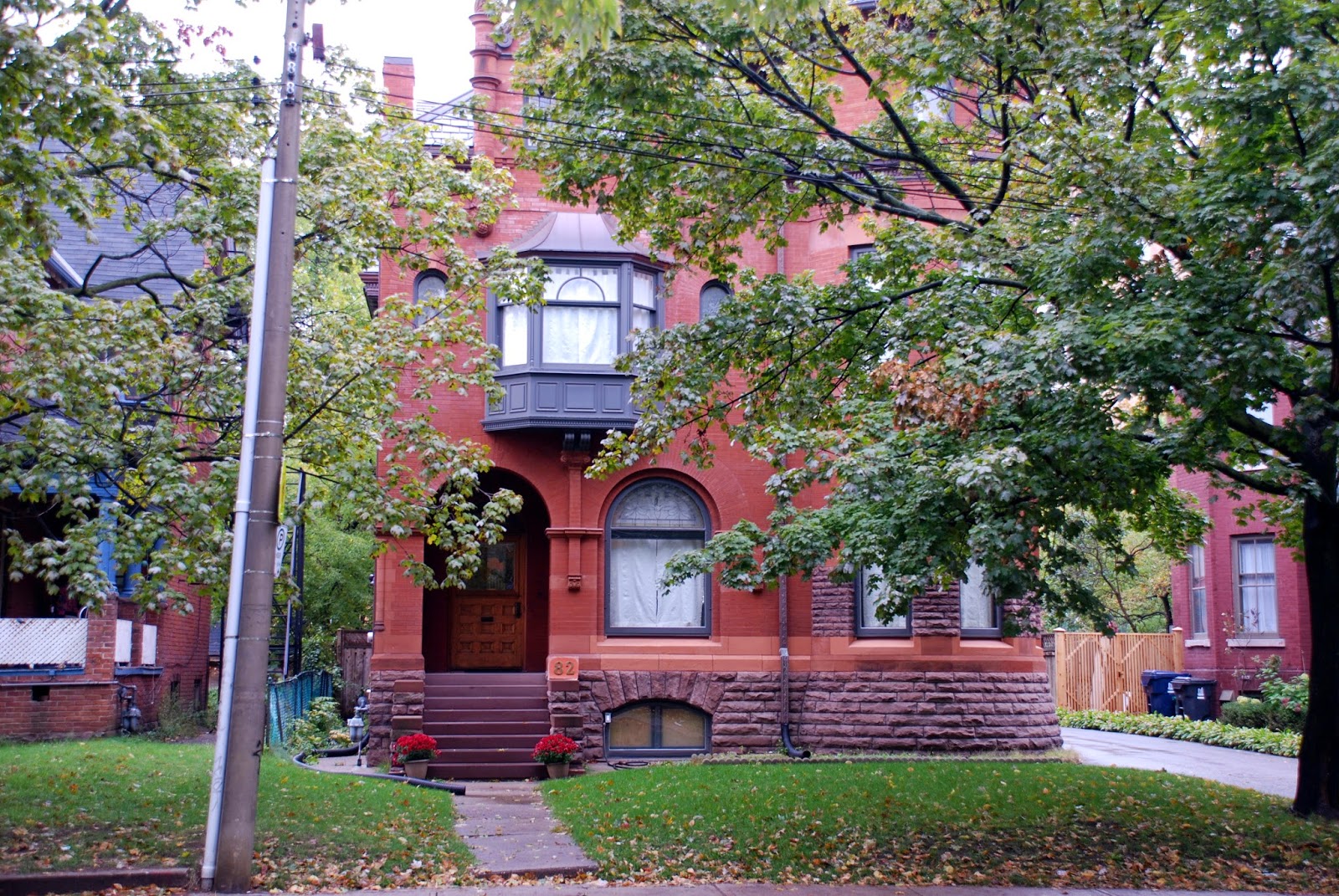 This is the building where Mur used to work... he even pointed out "his" window! That monstrosity on top of the building was added later... there really are some strange constructions in Toronto. 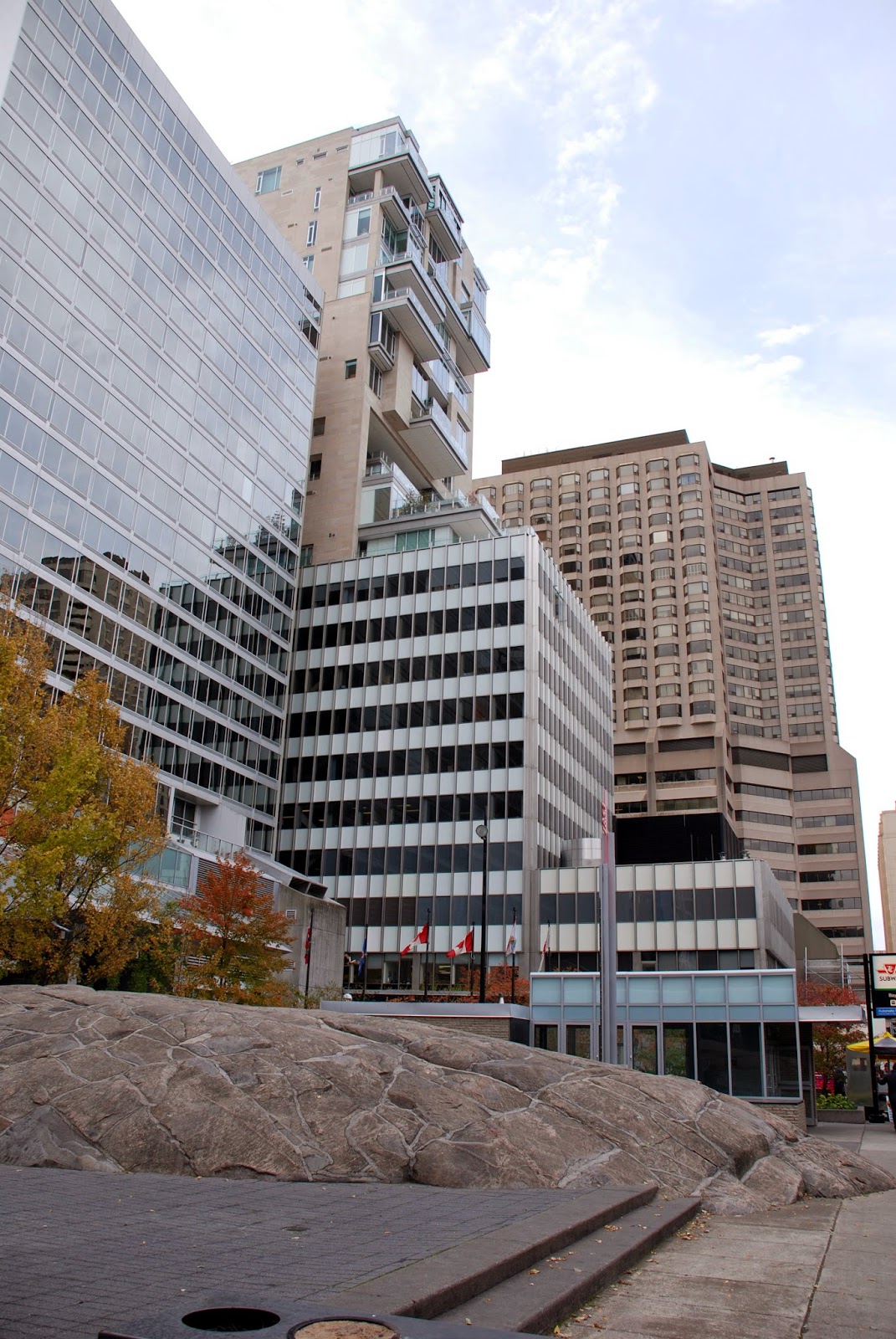 We went back to the hotel fairly early to rest a bit, to be fit for the night. We were going to the Roy Thomson Hall for a show named "Whirlwind of Music". We thoroughly enjoyed it, such gorgeous music! The place was packed too, almost sold out (the pictures below were taken long before the start). The conductor was really amazing, a very young man named Joshua Weilerstein. He jumped up and down so high on his little platform, I thought he was going to fall right off. That, thank goodness, he did not, however at one point he was so immersed in the music that his conducting baton went flying in the orchestra.

Not only the performance was delightful, to visit the concert hall itself was a real treat too. First, because it is a magnificent building with very impressive acoustics, and second because Murray was once neighbors with Roy Thompson's son Ken, who like his father was a modest and friendly man. Mur said they often chatted, because Ken was about the only person in Rosedale who walked his own dog, whereas Murray was the only one who mowed his own grass! 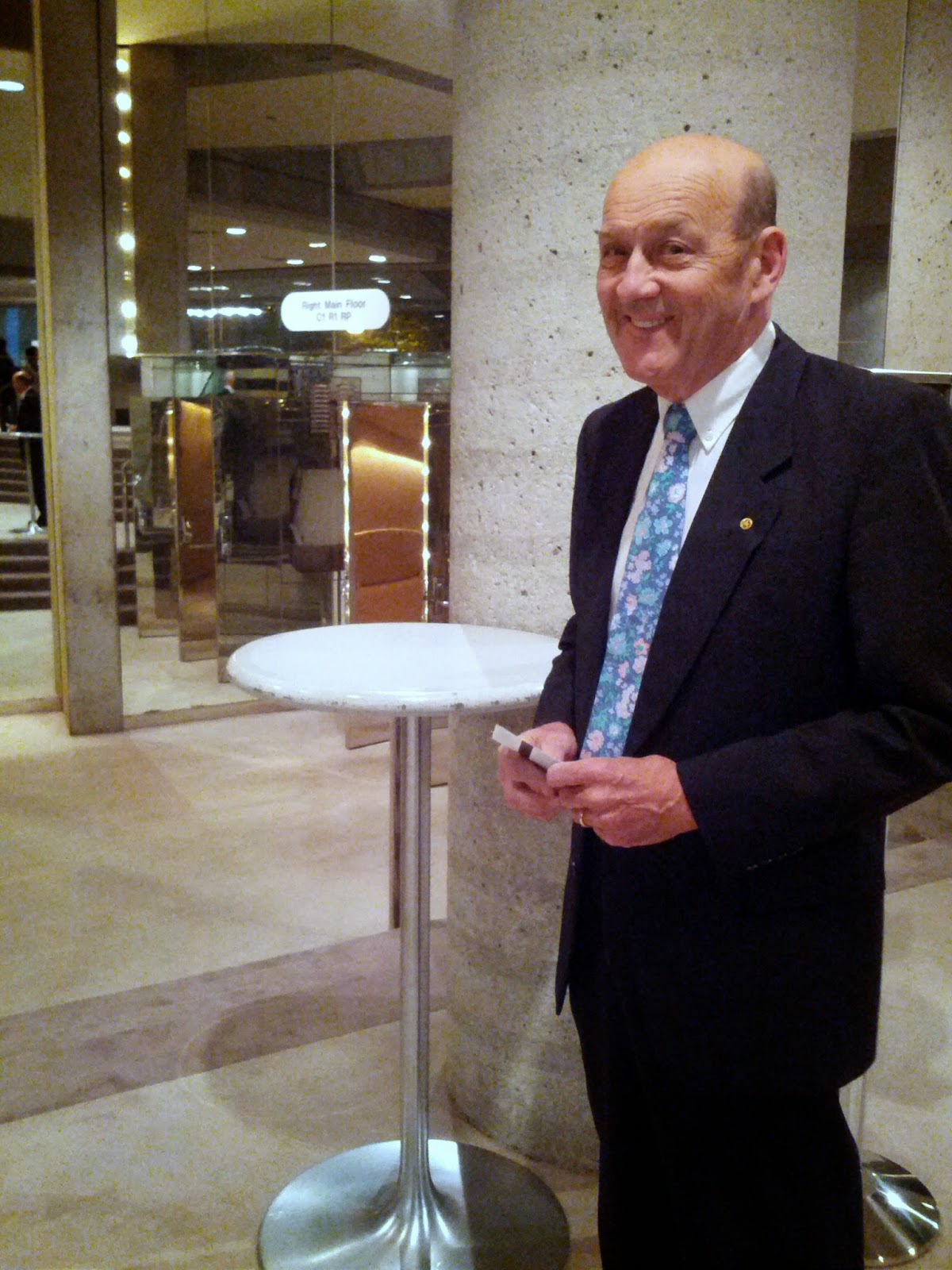 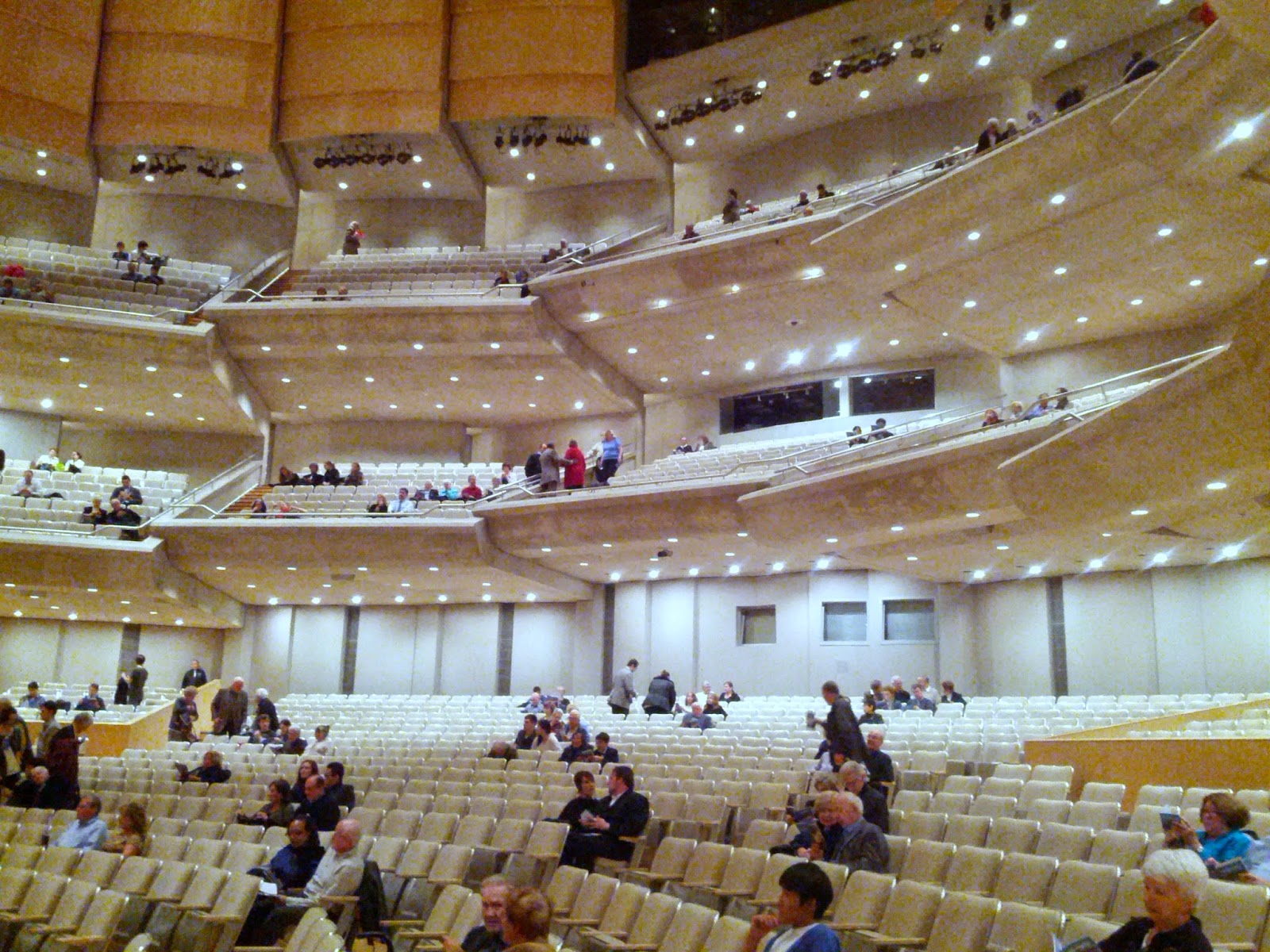 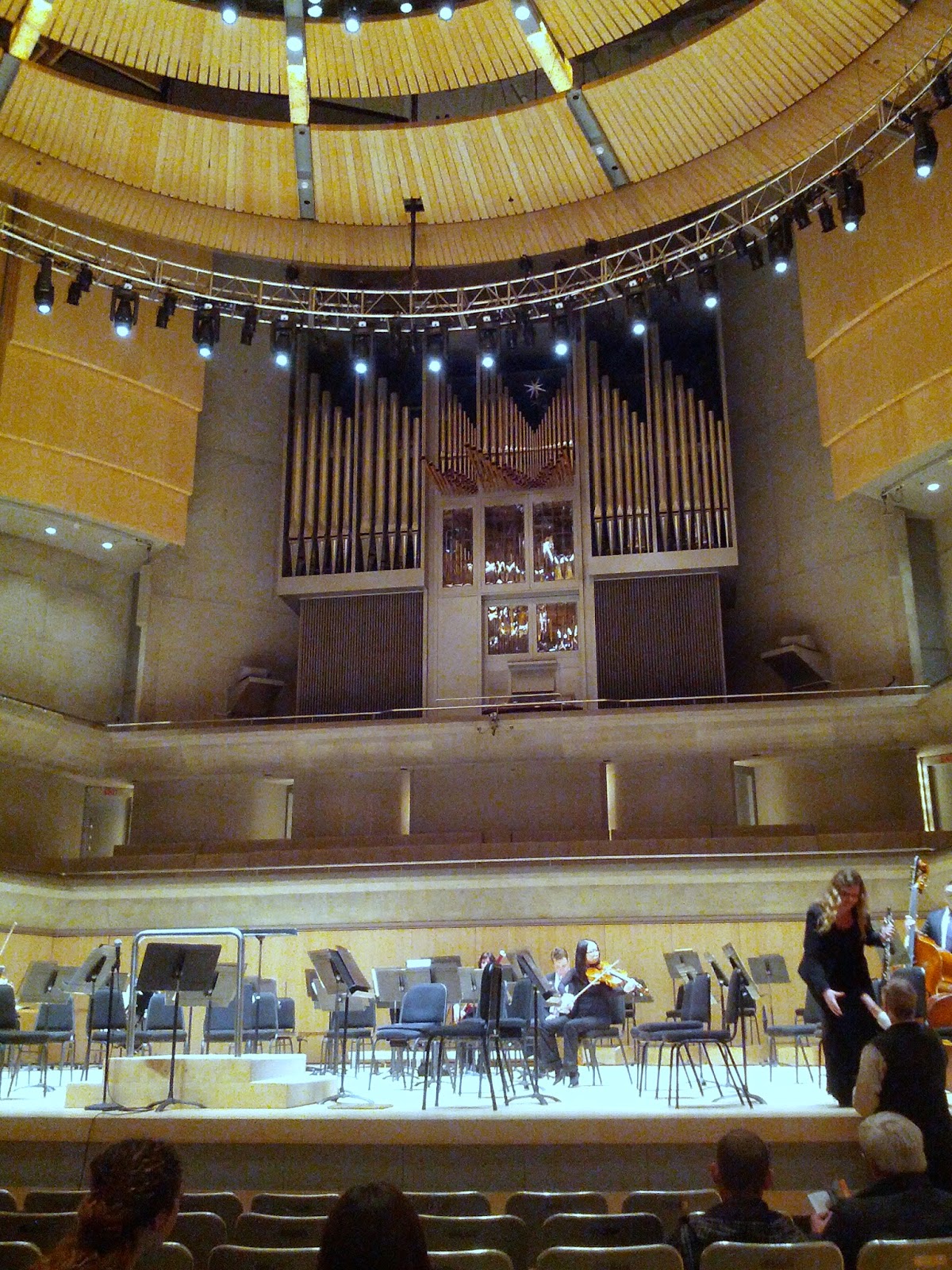 All we could do when we came back was get a nightcap in the hotel lounge (busy! noisy! but not smoky, thanks to the excellent Canadian smoking laws) and then collapsed in bed, on to our last day...
trips and events
Location: Toronto, Canada