A little while ago I posted about me being selected as one of Koodo's Mobile Masters. Ever since then, life's gone mad... in a good way.


The first present to arrive was a huge box, the cats were very interested what that could be! Please excuse the bad quality of the pictures, I snapped them quickly with my phone. 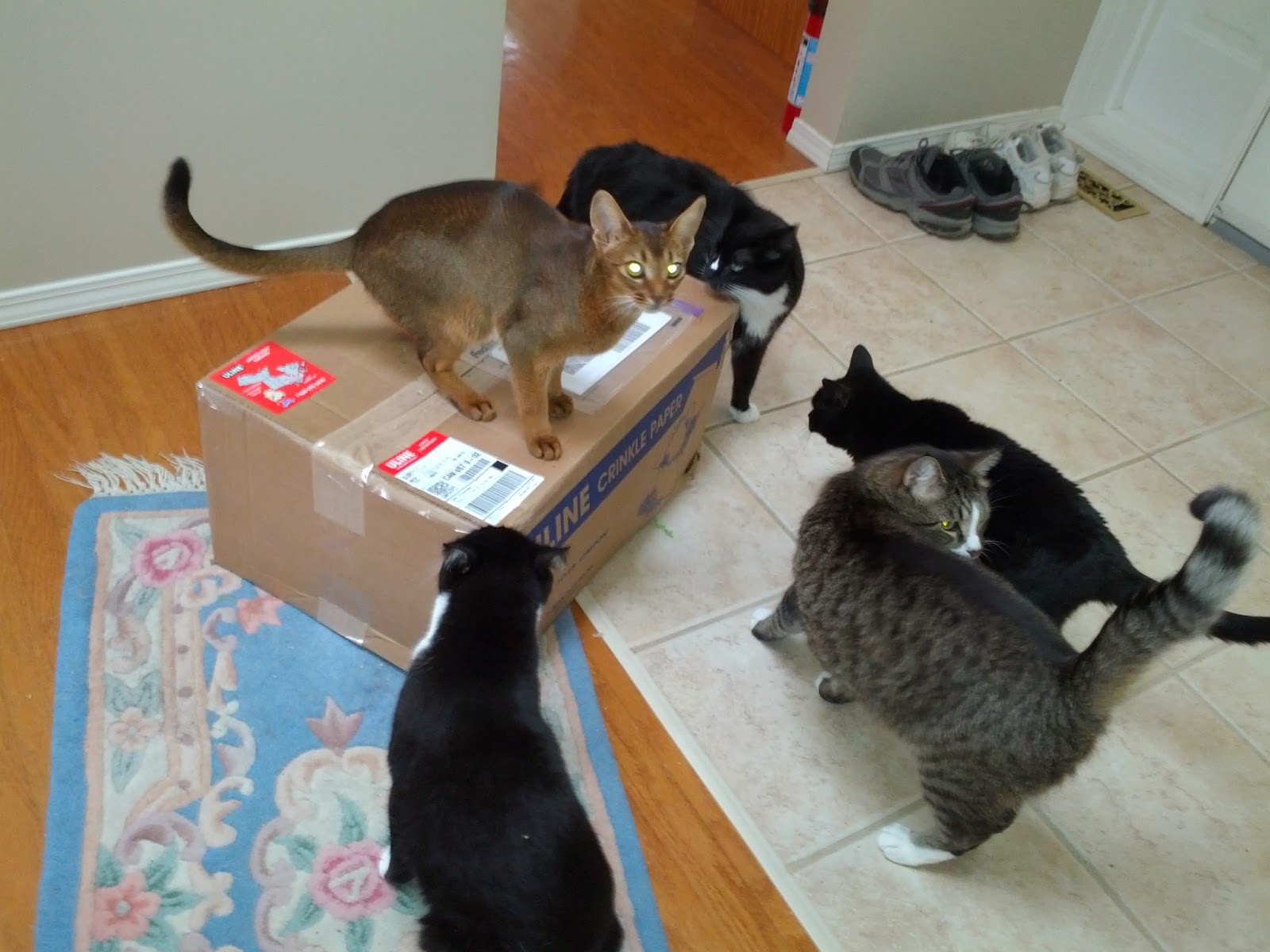 A box full of "swag", as Koodo calls it! 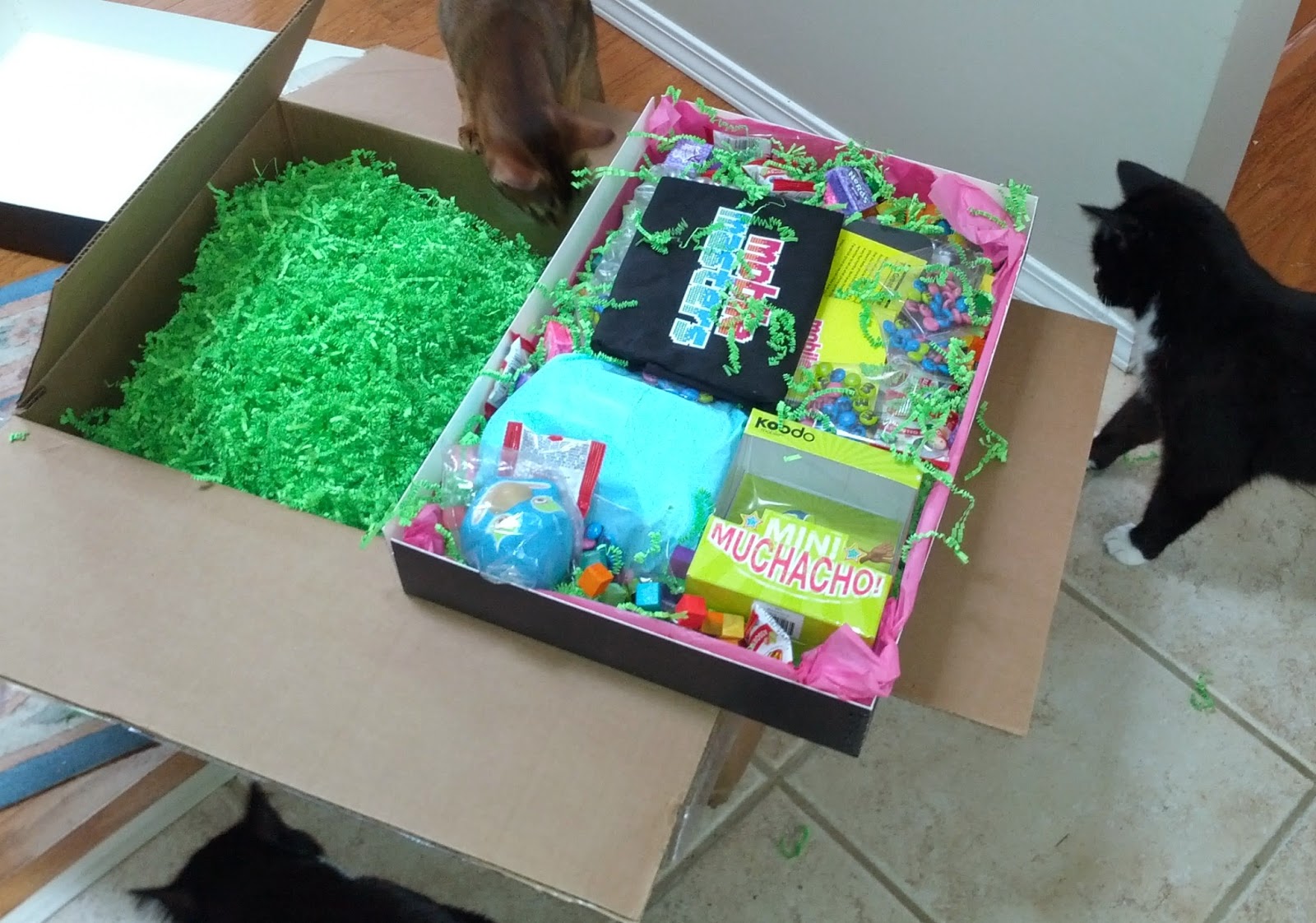 A sweet welcoming present with lots of candy, wooden blocks, a Mobile Masters mouse mat and t-shirt, a mug with my own mug (pixelated and no, I don't think it looks much like me either), an El Tabador (Koodo's mascot) action figure, autographed picture and squeeze ball. Not to mention two hilarious little booklets with the ins and outs of being a Mobile Master!

But, as I quickly found out, that was only the start of all the fun. All nine (currently) of us are allowed to pick one tester phone every few months, and a loaner phone for a whole year.

So, not even a week later, another package arrived... the brand new Blackberry Z10, for me to test for the coming 3 or 4 months! 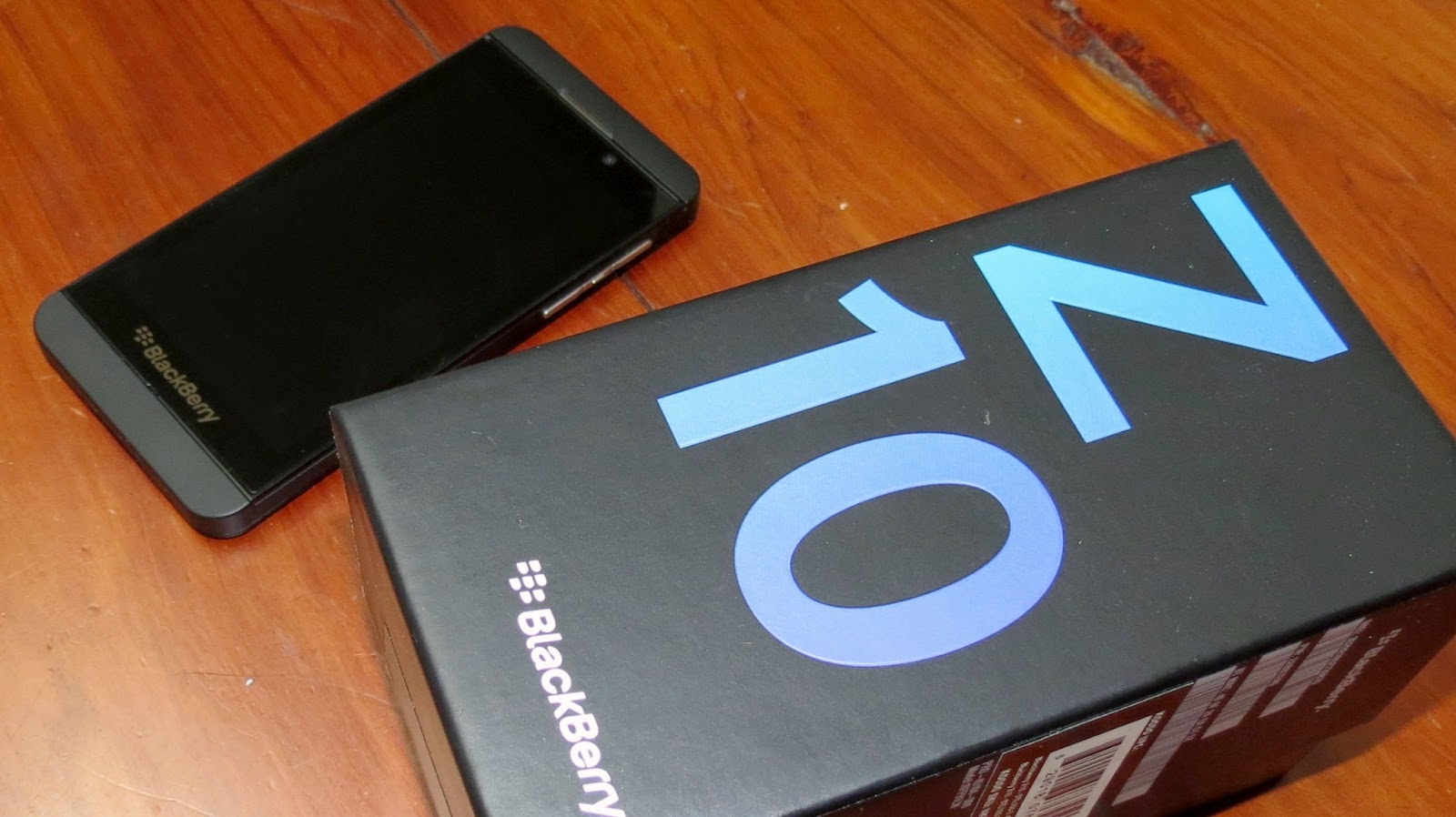 That was not all, I got to pick which phone I wanted on loan for a year, for my own personal use. It didn't take me long to decide on the Galaxy S4... and indeed it's the nicest phone I ever had. Since I plan on using this as my daily phone, I bought a case for it (hence the pink rim). 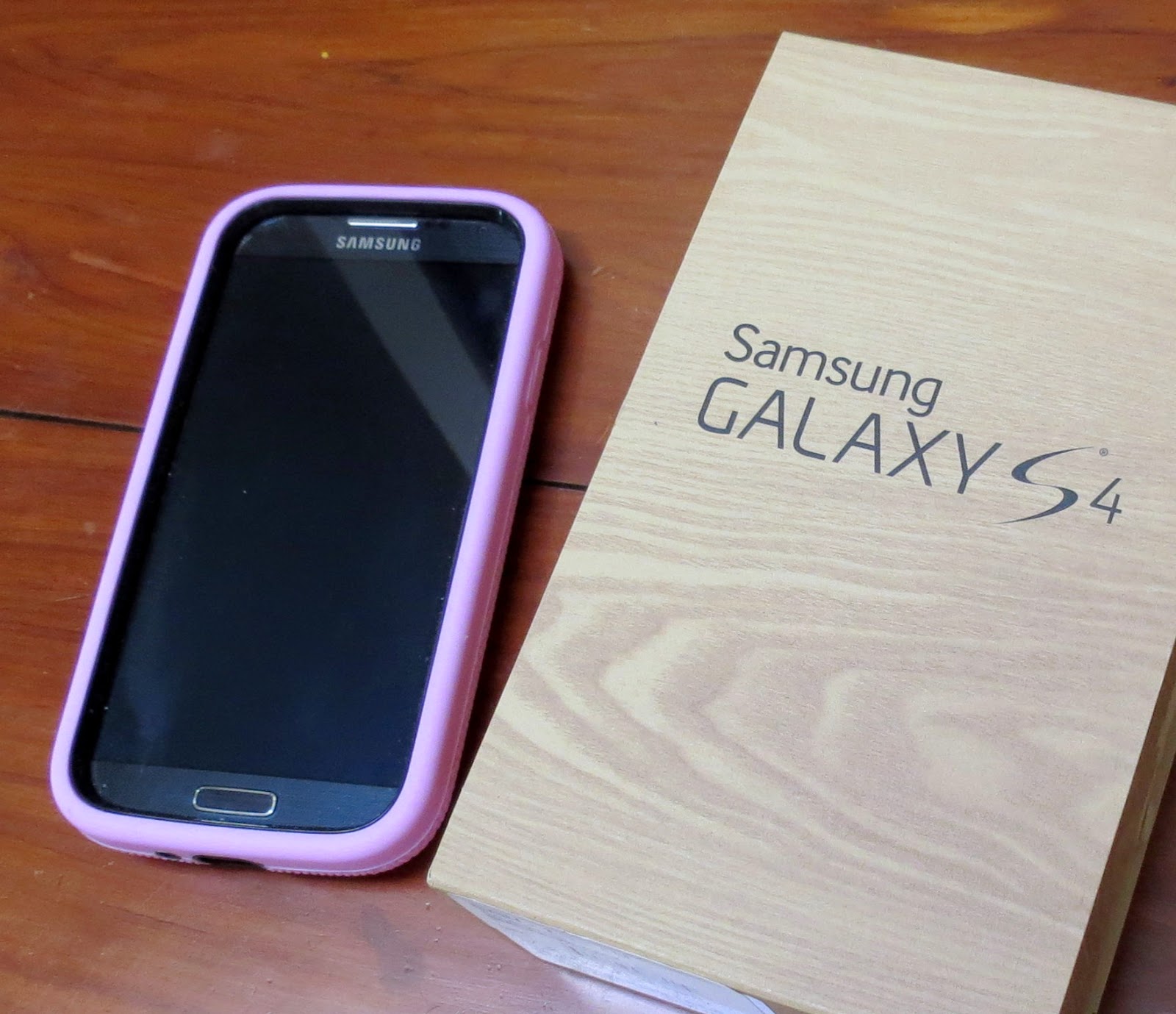 The Koodo employees sure have a sense of humor, because not even a week later, yet another package arrived unannounced. The content? Two bottles... one is 'The Ghost' hot sauce (because we're on a hot streak) and the other a bottle of Pepto Bismol for treating upset tummies (in case we don't trust our guts the way Koodo does). I wonder what will be next... Listerine to wash our mouths out? Epoxy to keep us glued to the screen? Or a piece of cake to make the "job" easier? 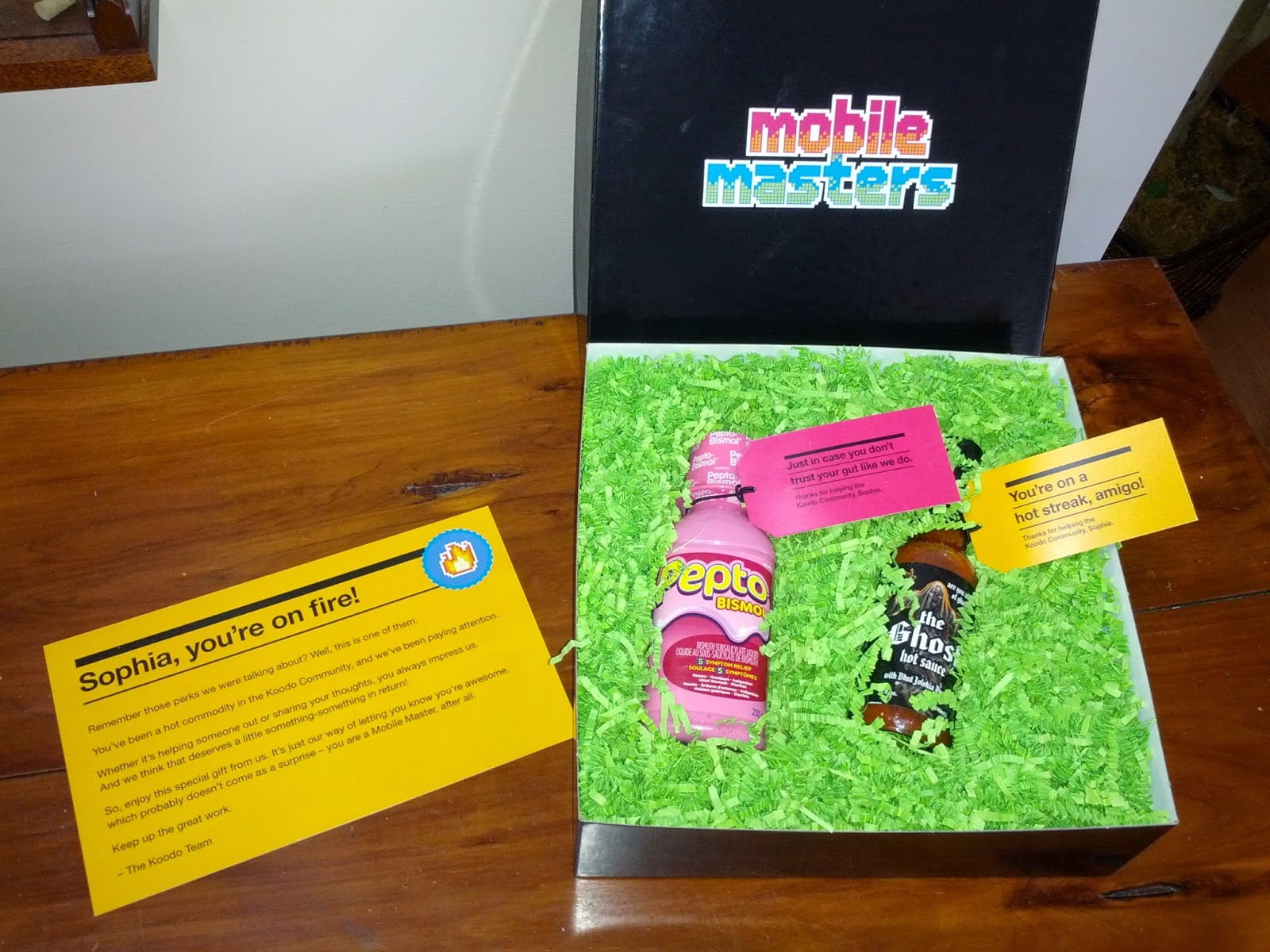 As if we weren't spoiled enough, last week yet another box arrived! The FedEx lady knows her way to our house very well now, we're almost on a first name basis! This time it was the Nokia Lumia 520, which we will be allowed to keep forever if we write a review about it. If anyone is interested... I'll update this post soon to include mine. 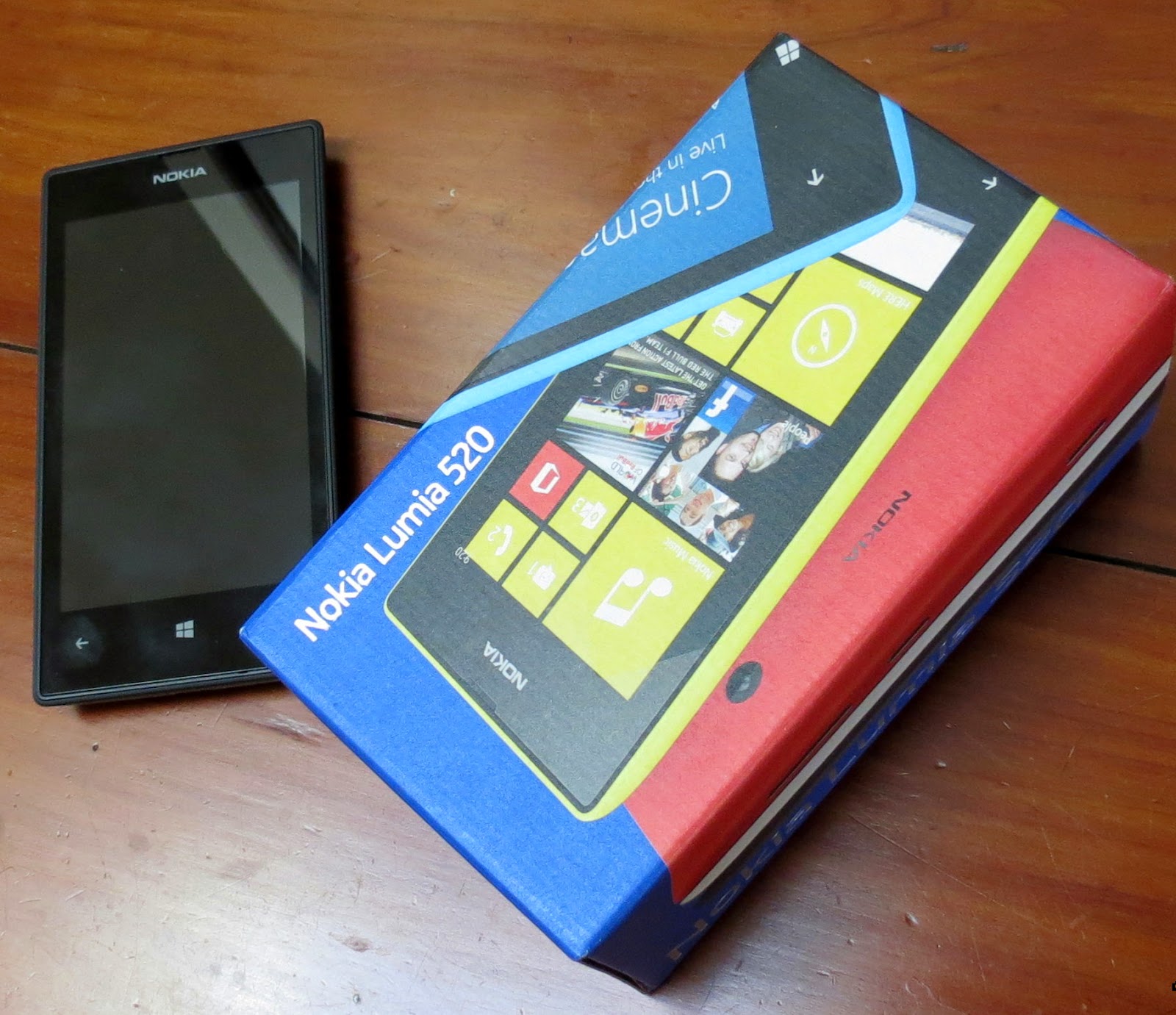 In summary, who would ever have thought that in exchange for voluntarily helping out in Koodo's official forums, one day I'd have more phones than shoes?! Thank you, Koodo!
geekiness Sophia's hobbies
Location: Home