Once we made up our minds that we wanted another Aby, we contacted Tracy of Abayomi Cats, the same breeder we got Leo from. To our surprise and delight, she had a kitten almost ready to go, who just so happened to be a full brother of our beloved Leonito!


She sent us pictures of the male ruddy: 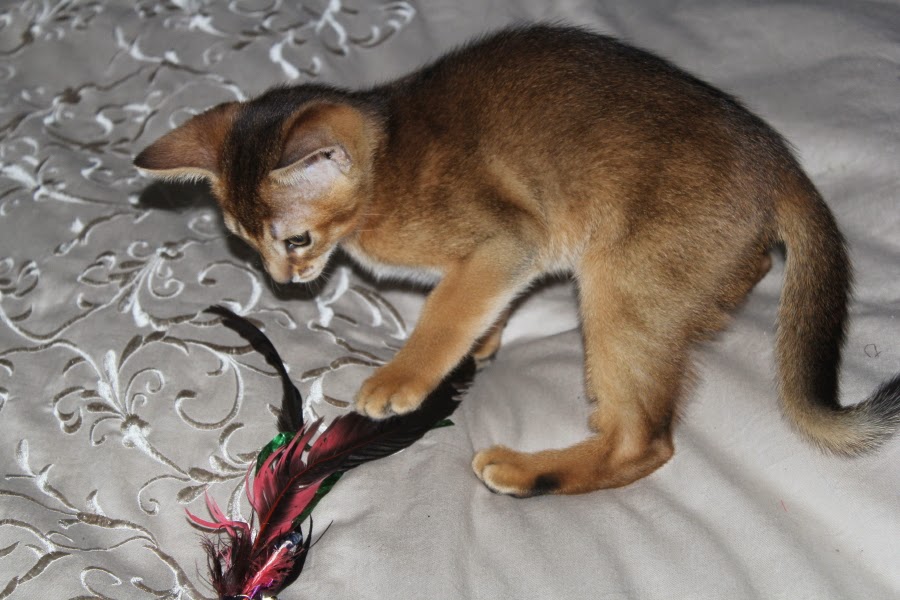 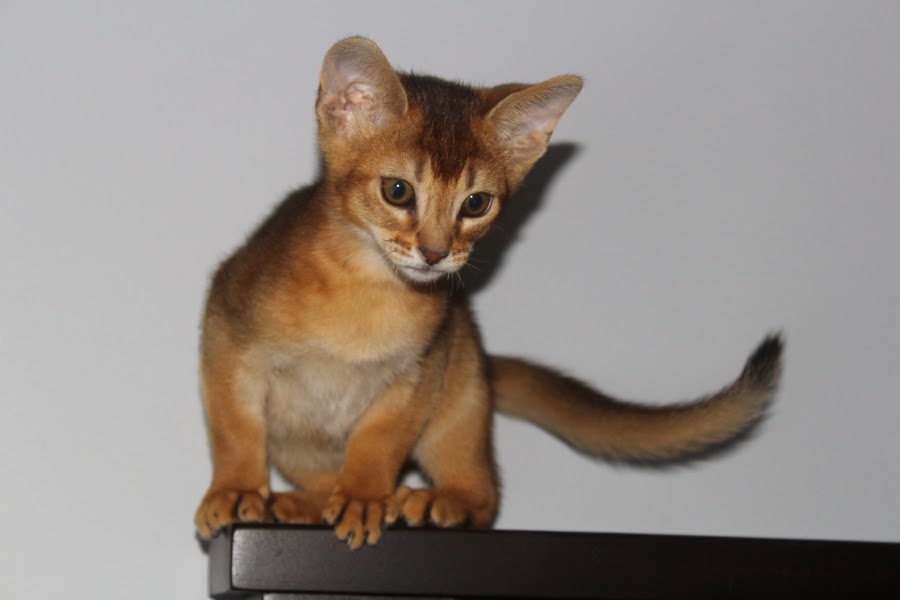 Isn't he adorable? We only had to wait a few weeks and then Simba* went on an exciting trip, all they way from Vancouver to the Cranbrook airport, where he had his own private attendant... 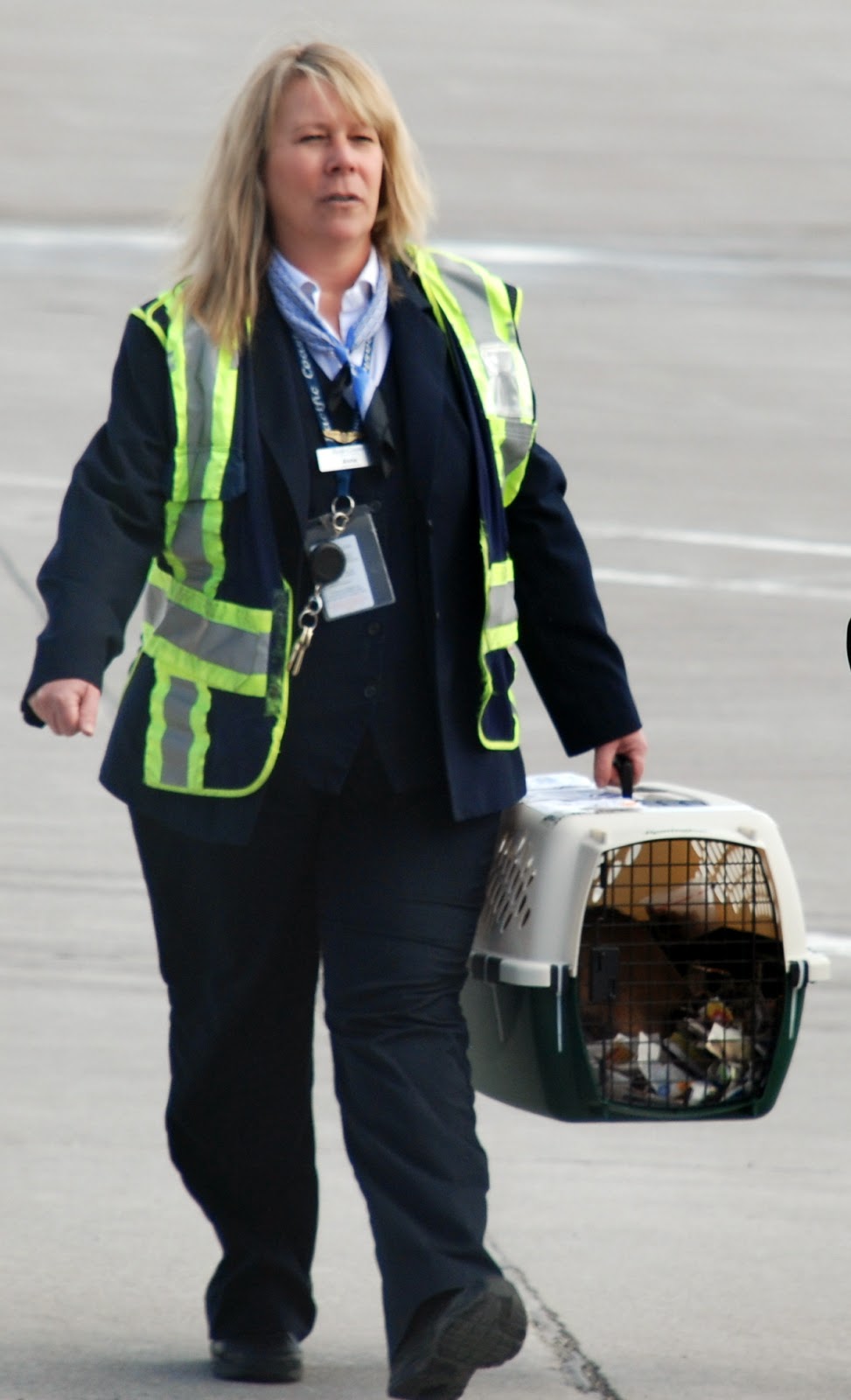 And then on a road trip to Creston, where he met the rest of the gang. Here is a movie of our meeting him.

It had been a long day with lots of new impressions, but he soon found a warm, soft lap where he received lots of cuddles. Welcome to your new home, Simba! 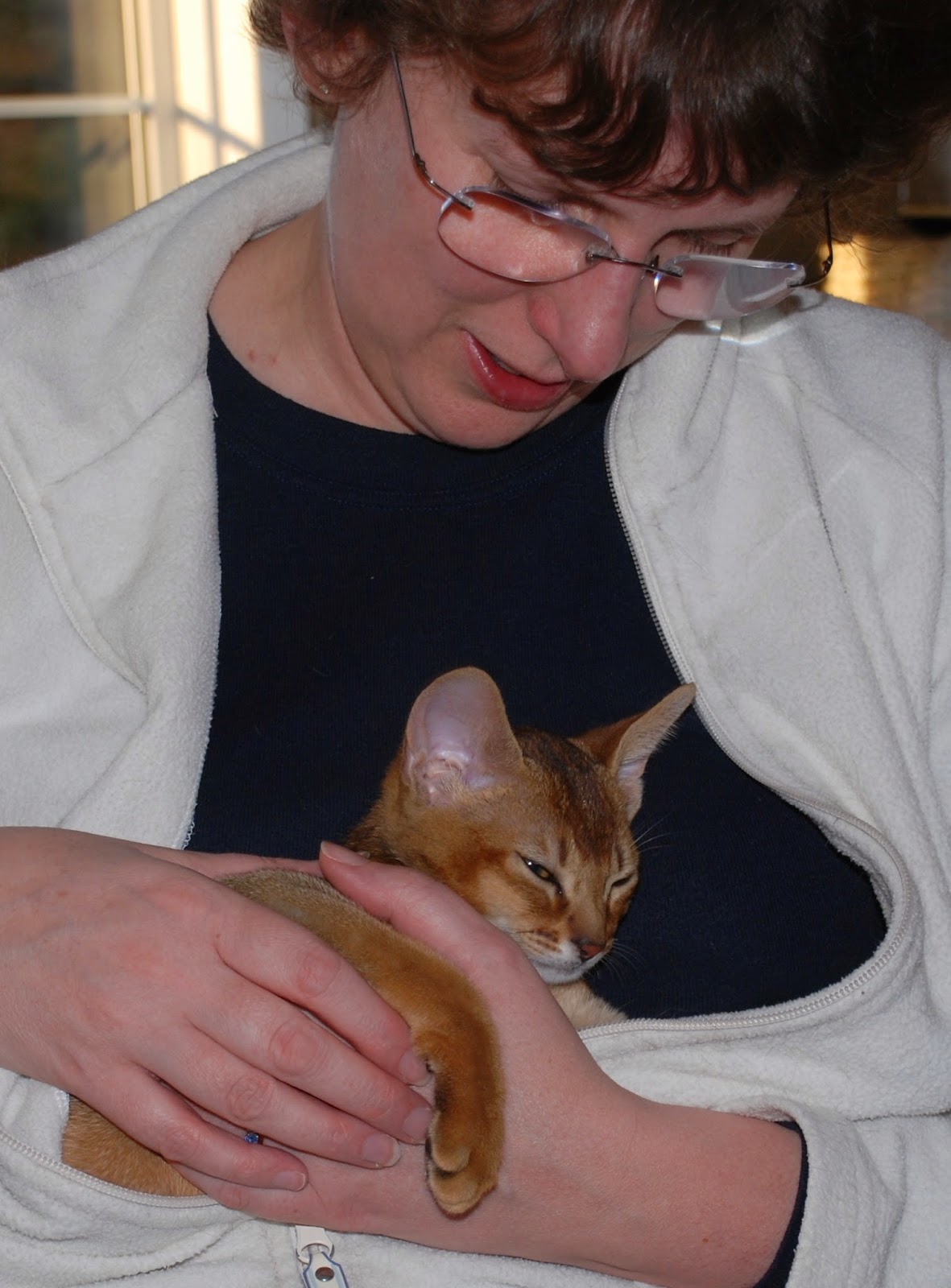 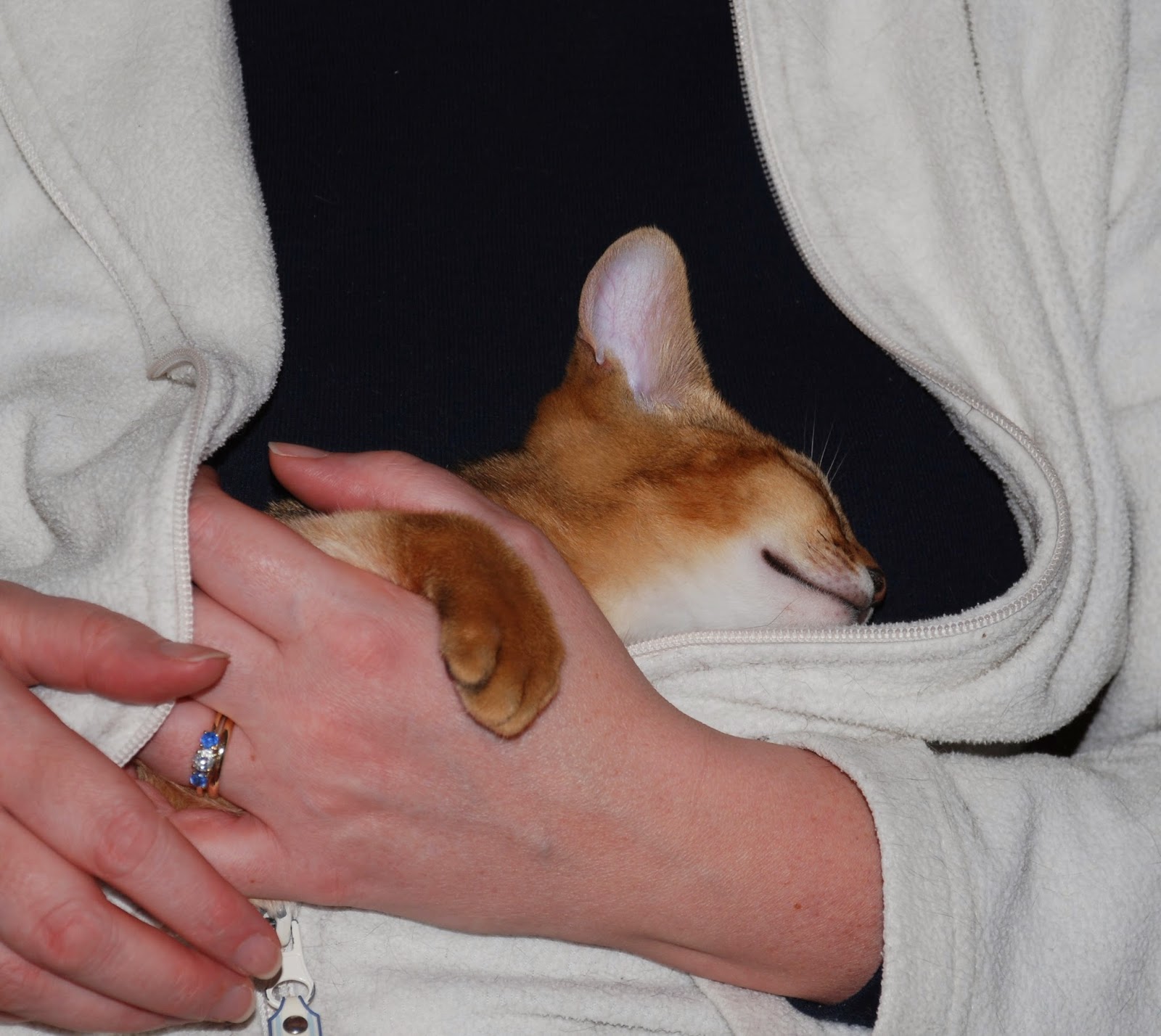 *) We chose the name Simba for three reasons. First, simba means "lion" in the Swahili language, and Abyssinians are often called "the mountain lion of the living room". Second, Leonito, the name of our first Aby means "little lion" in Spanish. And third, they were both named by and after our friend Liona Boyd, who's name means "lioness"! So there you have it, no reference whatsoever to the famous Disney movie The Lion King :)
cats
Location: Vancouver, Canada