When we bought this house, the first thing we noticed was that there were doors everywhere! Whereas it is nice to be able to step outside, it also means you can't leave them open at night for fear of bears walking in.

Yes, where we live, we are more weary of bears than burglars... of which more in a future blog post.

Ever since we moved here, we decided to replace the bedroom door with a window. Finally, Murray got enough courage to do so, a huge project that he did all by himself!

Below the double glazed window that's been sitting there for a few years, waiting for a home. Next to it the filler box, together they will need to replace the door that's currently there. Will it all fit? 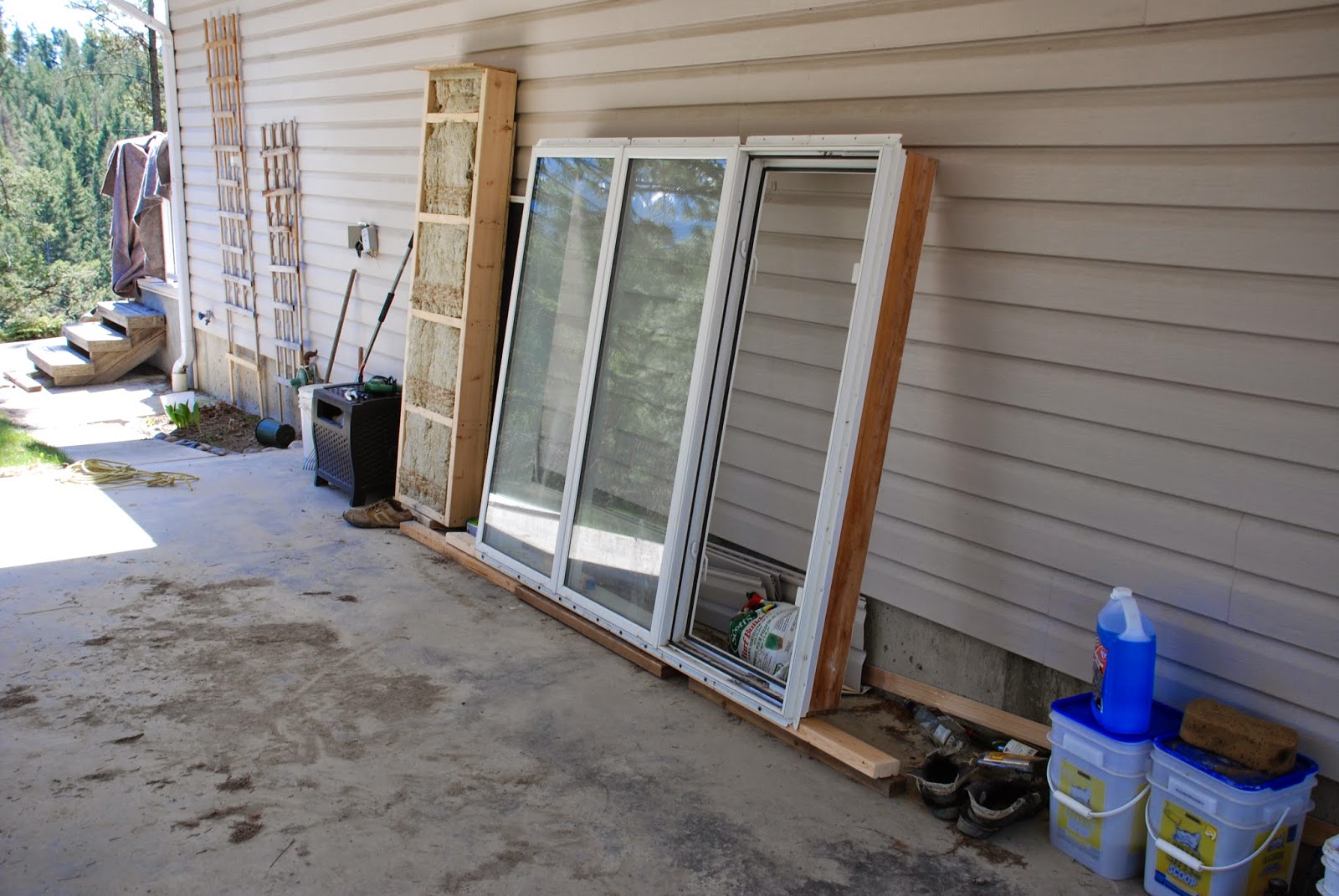 Blankets around the banister, in case of a bumpy ride. 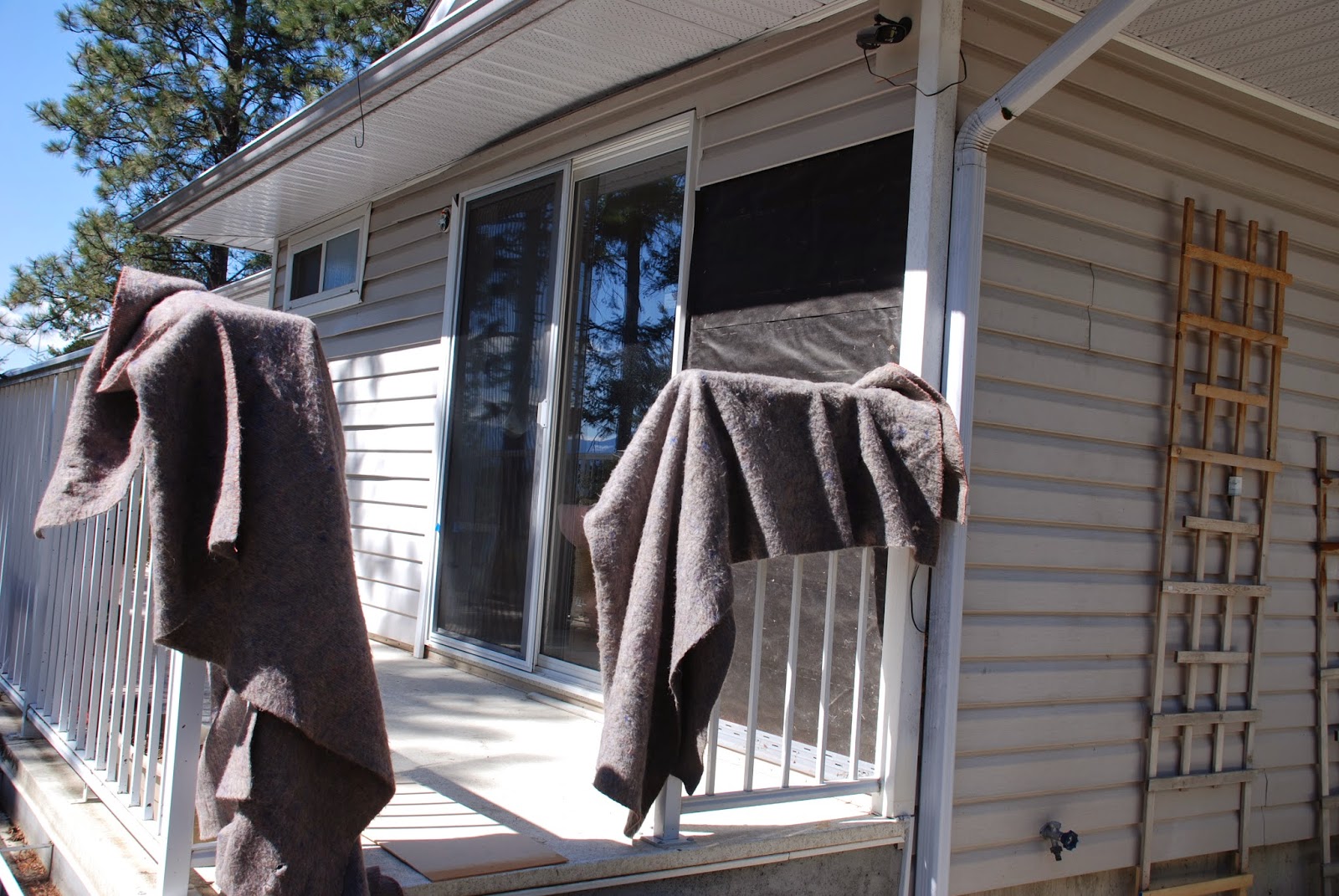 Keeping the window steady is not as hard as it looks, Murray was smart enough to nail two boards to the bottom so it couldn't fall over! I would never have been able to stabilize it, that windows weighed a TON! Really, this would be a two men job (no, women are NOT men, heheh)... but Mur likes to learn things the hard way... 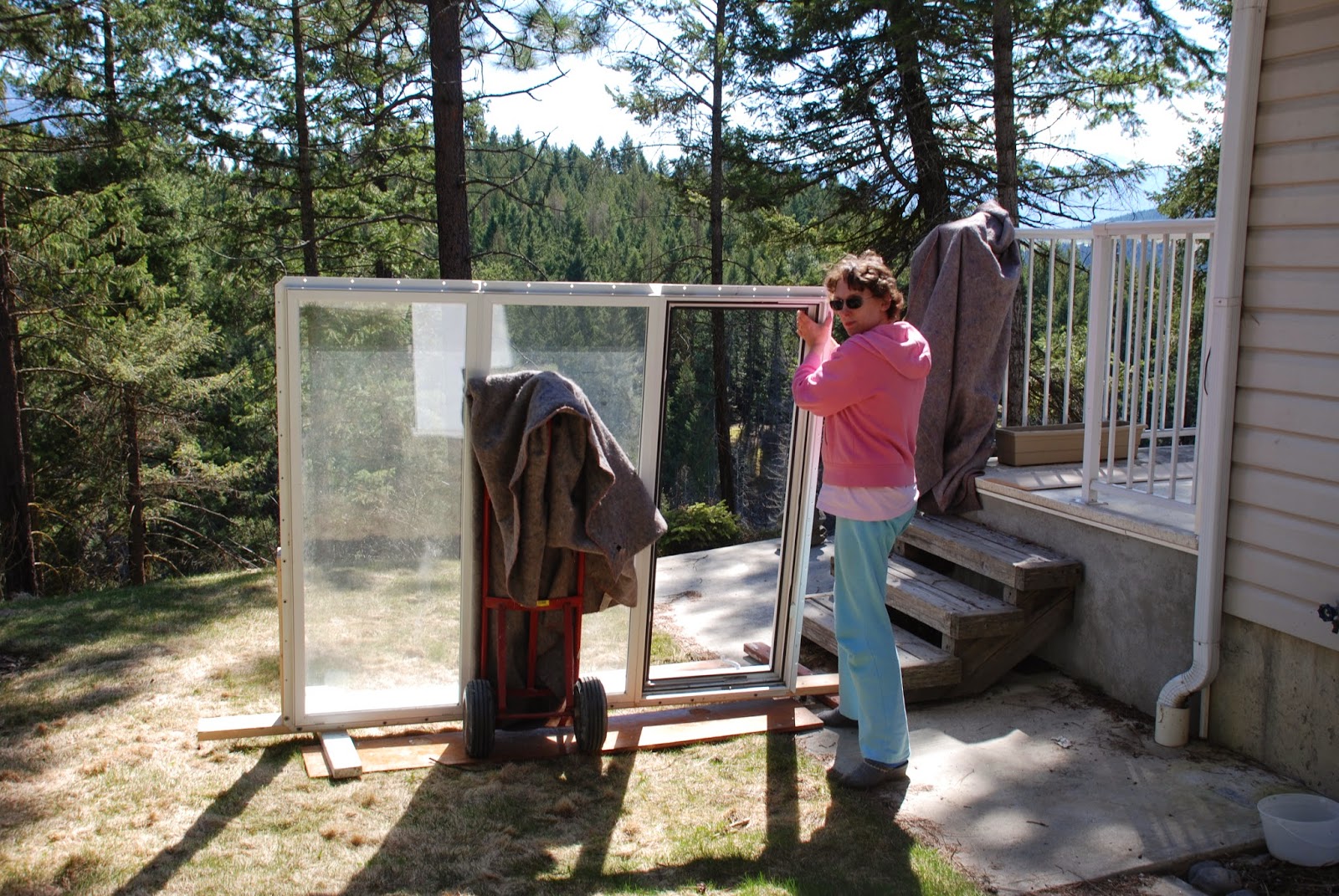 One last view from the inside while the door is still in place... 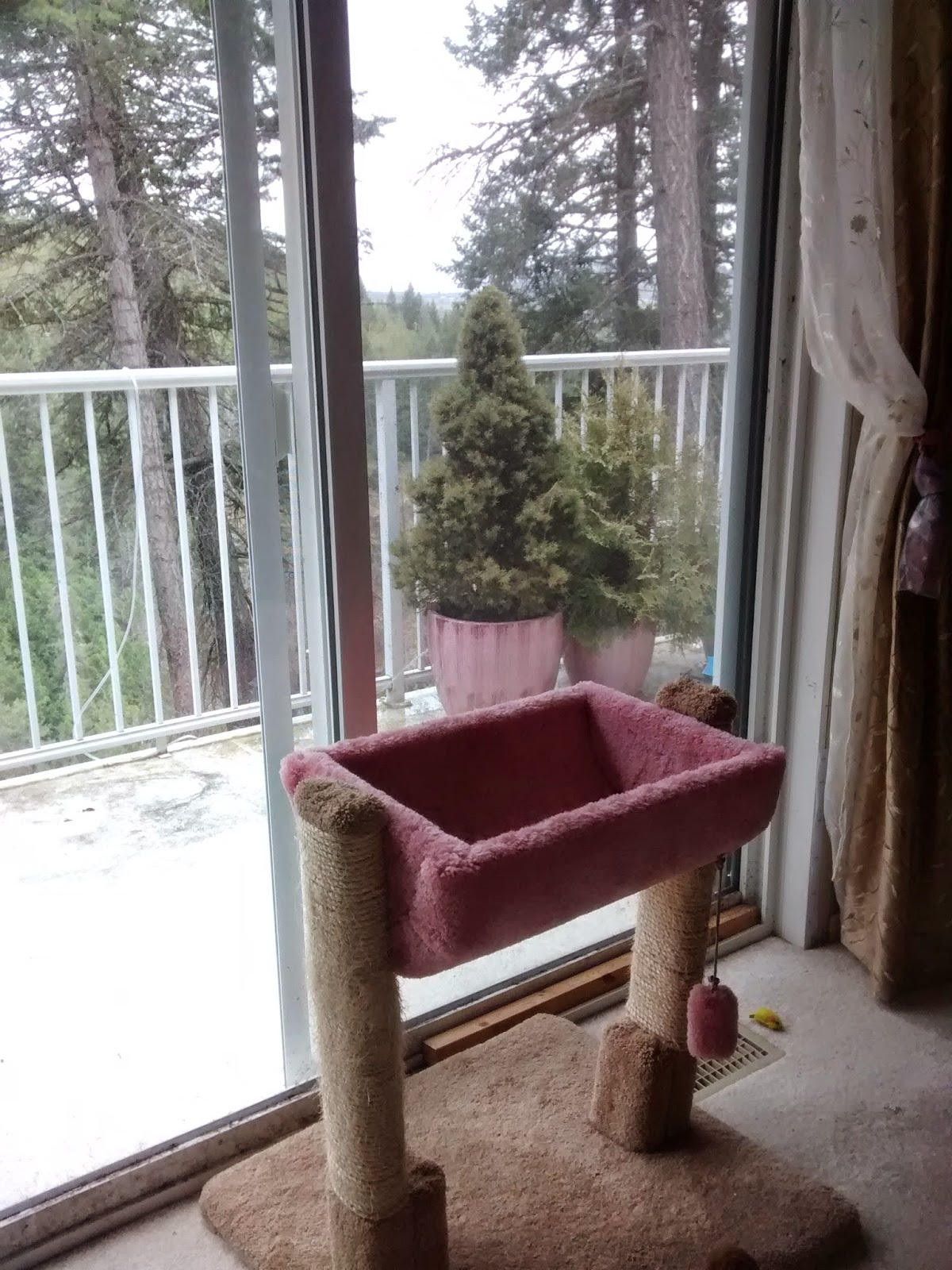 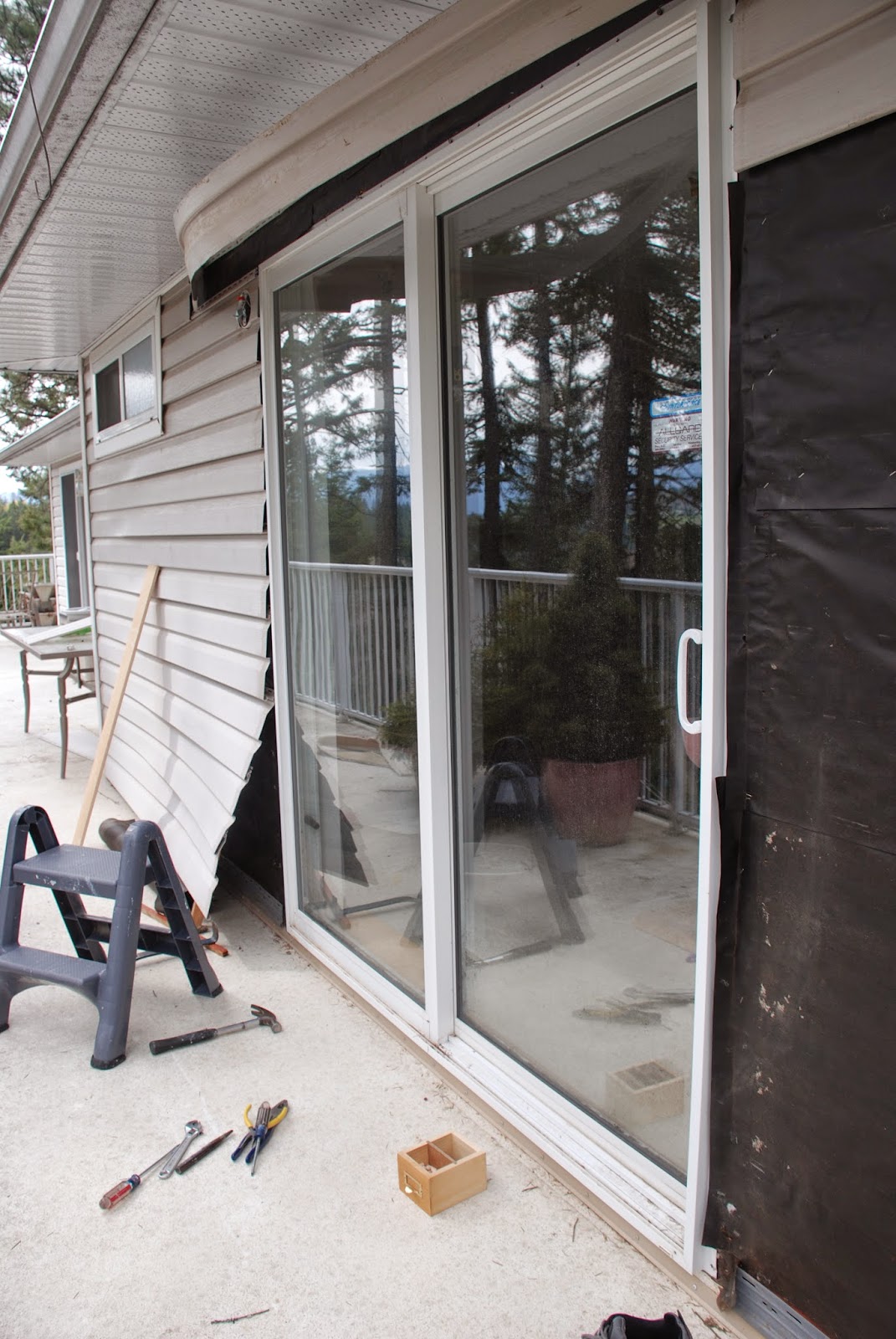 The window made it safely to the deck, with a few scary moments! 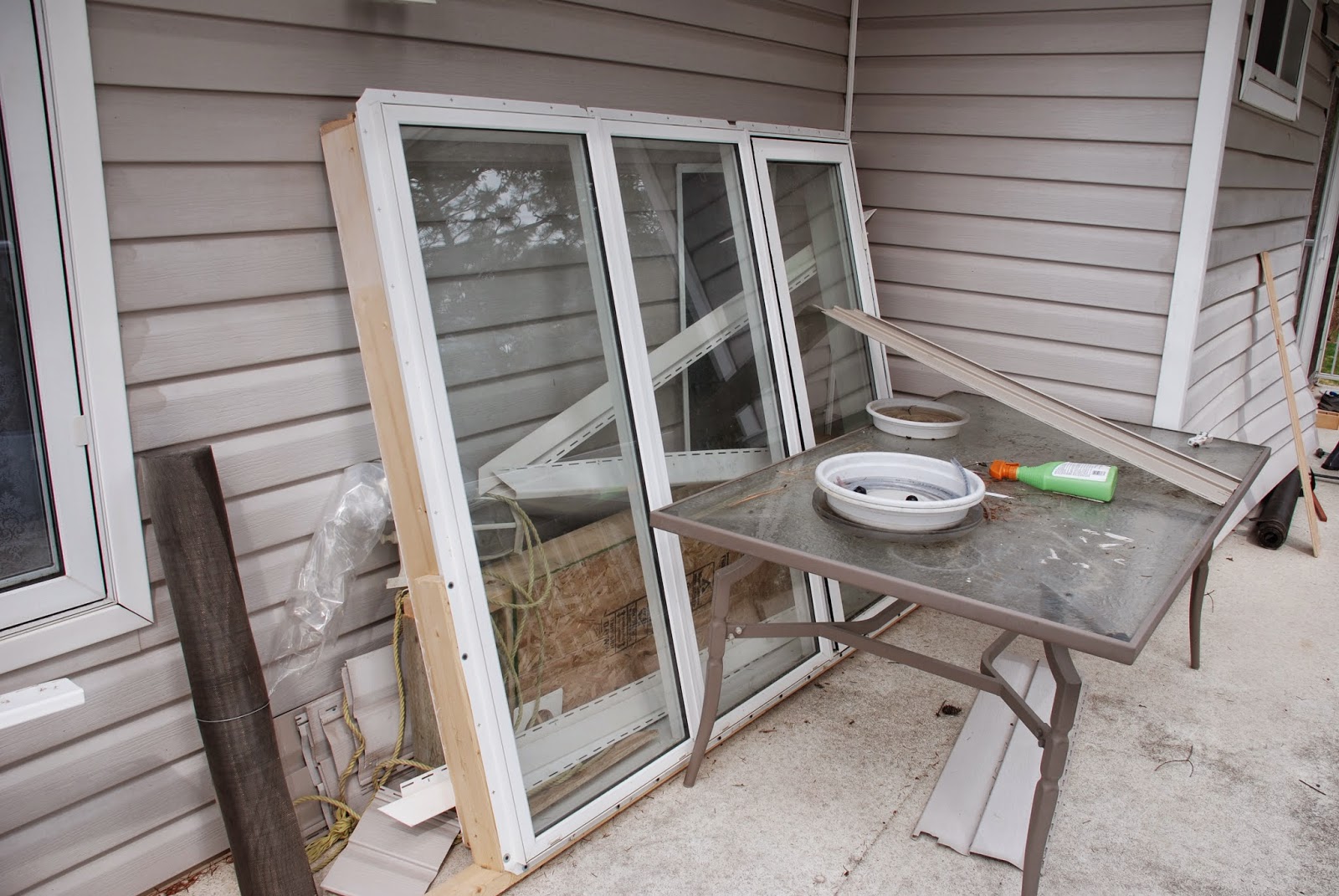 The window filler box is in place, and the bedroom is exposed to the open. 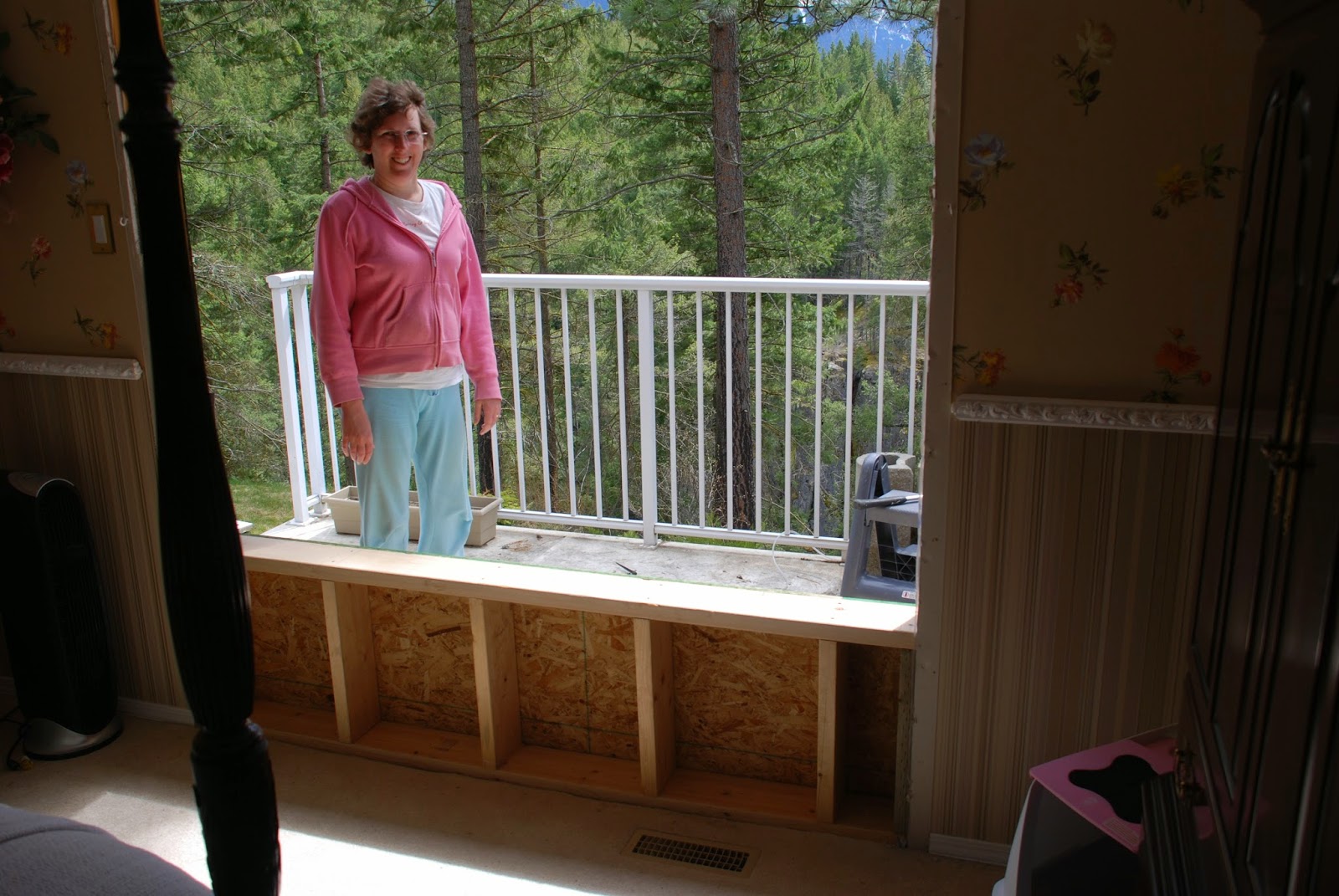 Seen from the outside, the window is already waiting on the left. And of all miracles, it will fit perfectly! 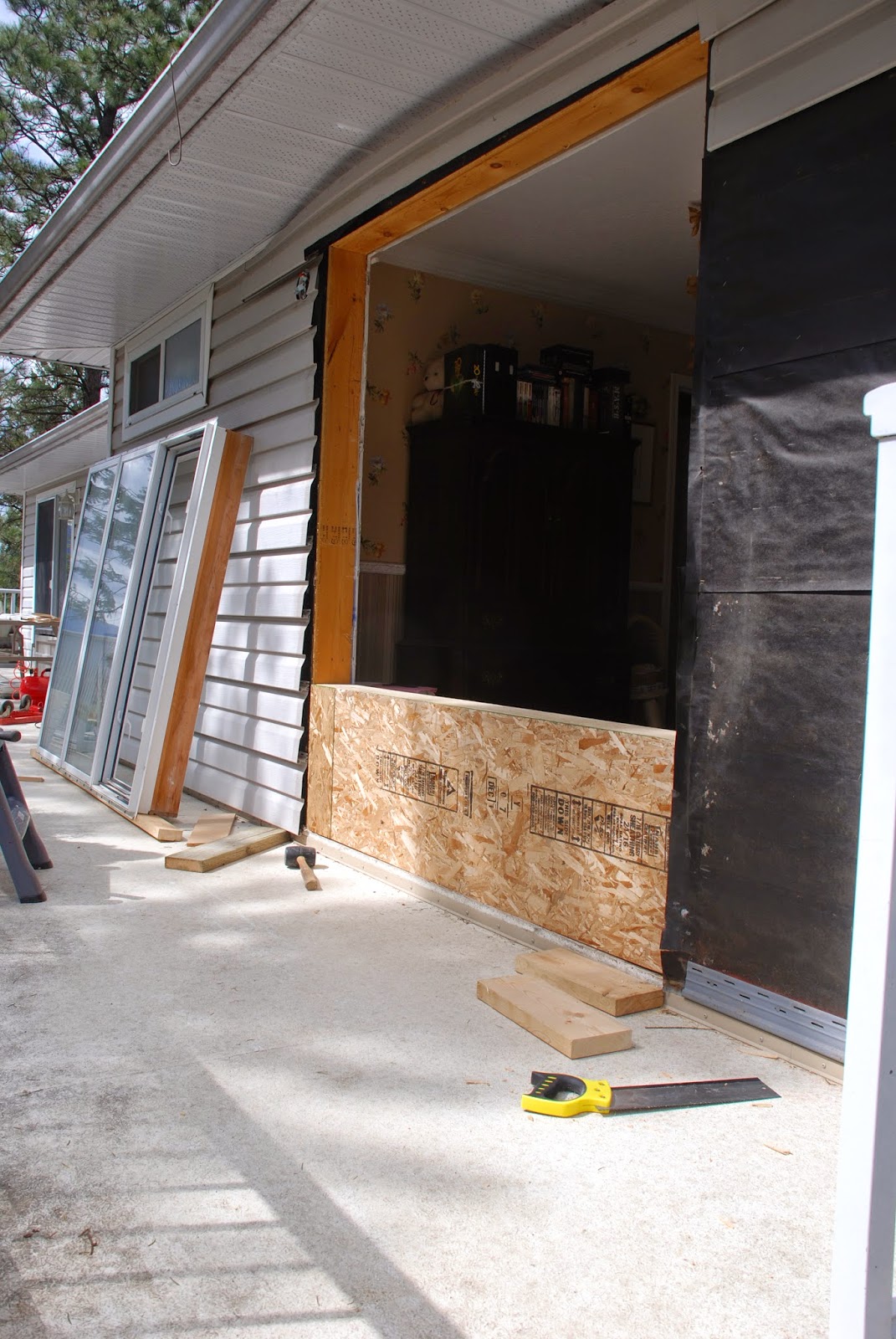 Putting the waterproof siding on first. There are no pictures of the window itself going up, we were too nervous getting it all right, so you'll have to trust my explanation. Murray put a concrete block on the deck underneath the gap. Next, we moved the window in front of it, and while I pushed against the top of the window keeping it against the wall, Murray lifted it on one side on top of the block.

Next, he put a block underneath the left side of the window. Pfew! It's level, 6 inches up, 12 to go. Next, he lifted up the right side again and put a second block on top of the first, then the same again on the left hand side. One more block on each side! I don't think I have ever been so nervous, helplessly pushing against the top but not able to prevent any disasters, should they occur.

Of course, everything went all right and finally Murray was able to neatly fit the window into the hole. We were both soaking, but the worst was over! 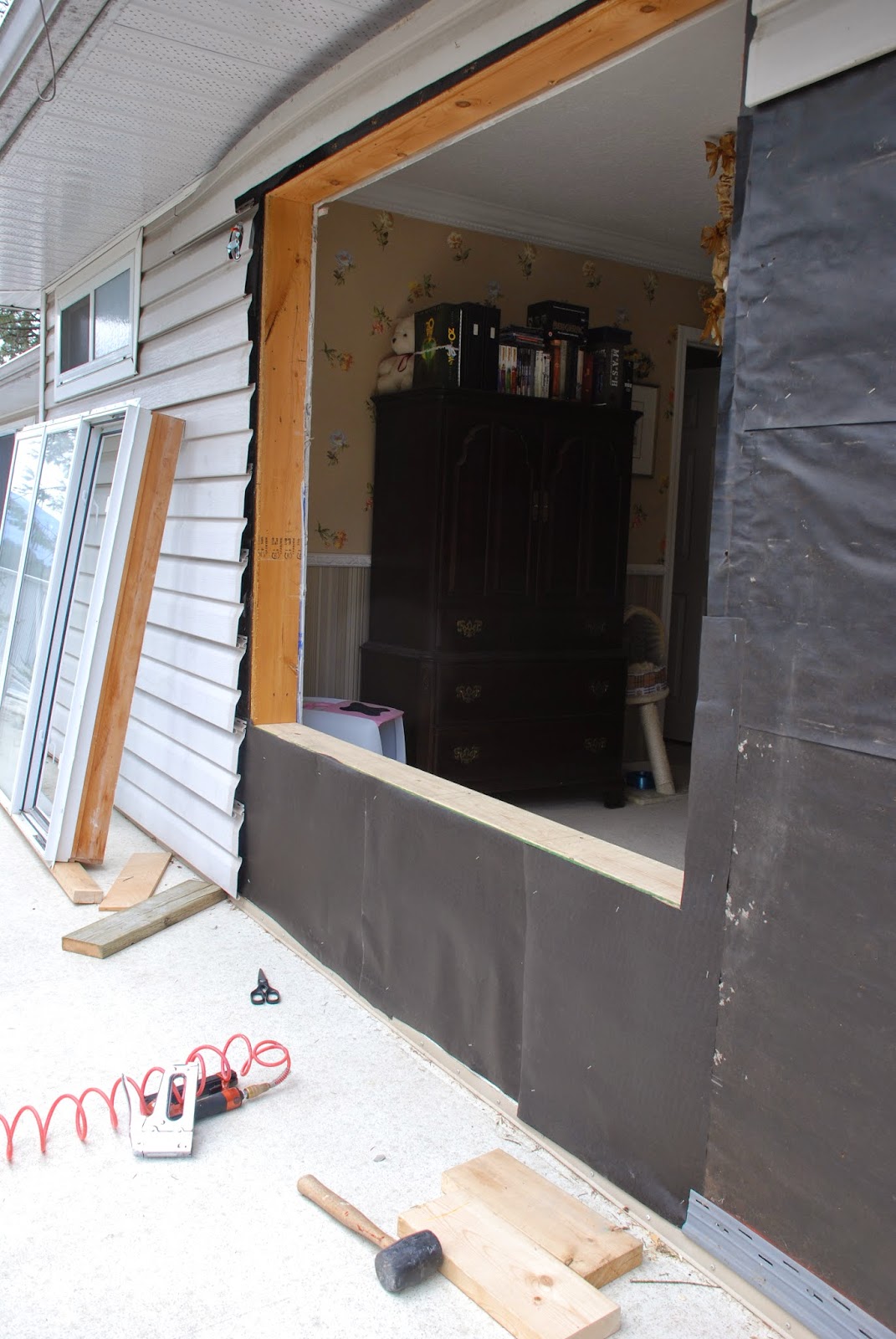 The window in place, and nothing to show for all the sweat and (almost) tears! 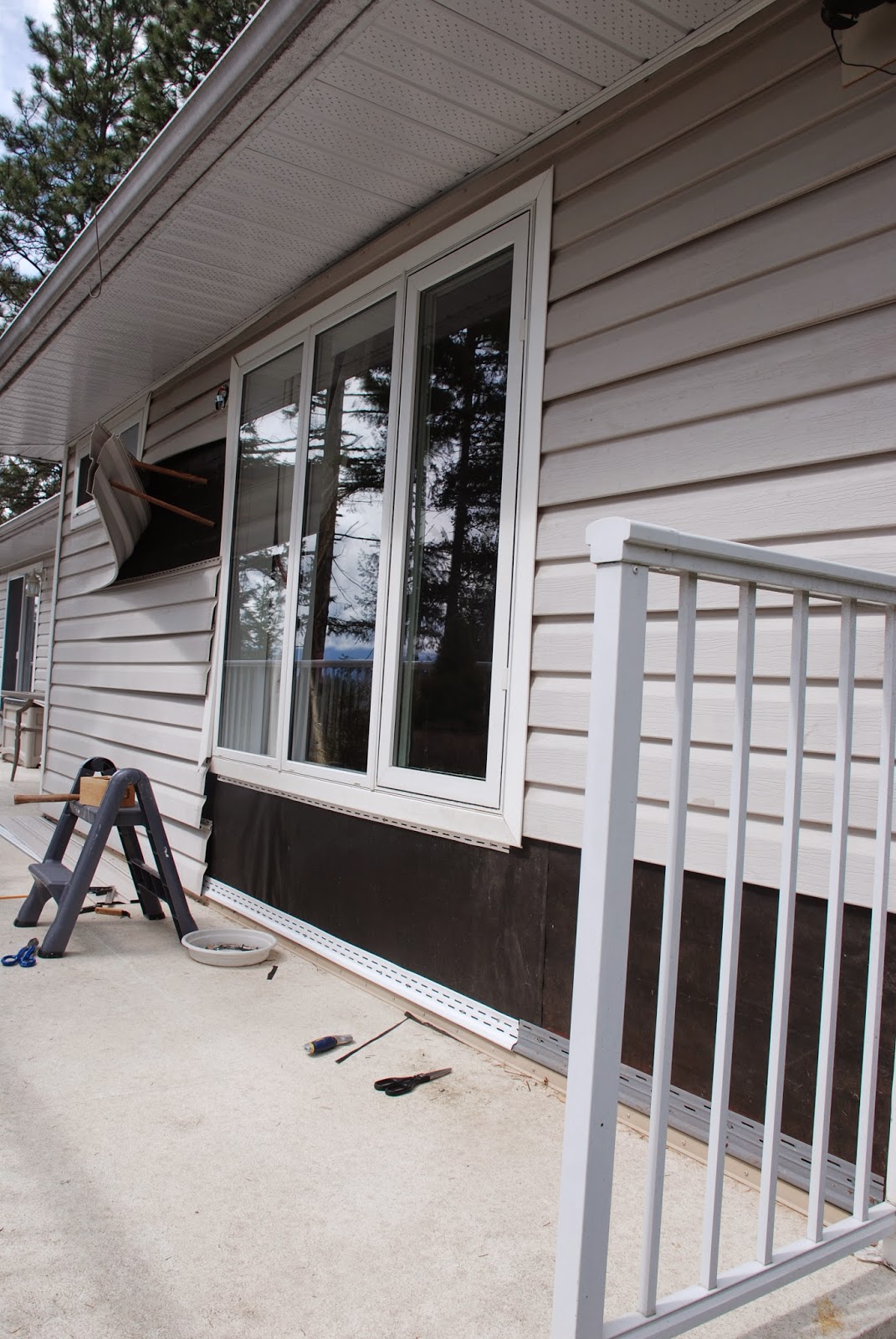 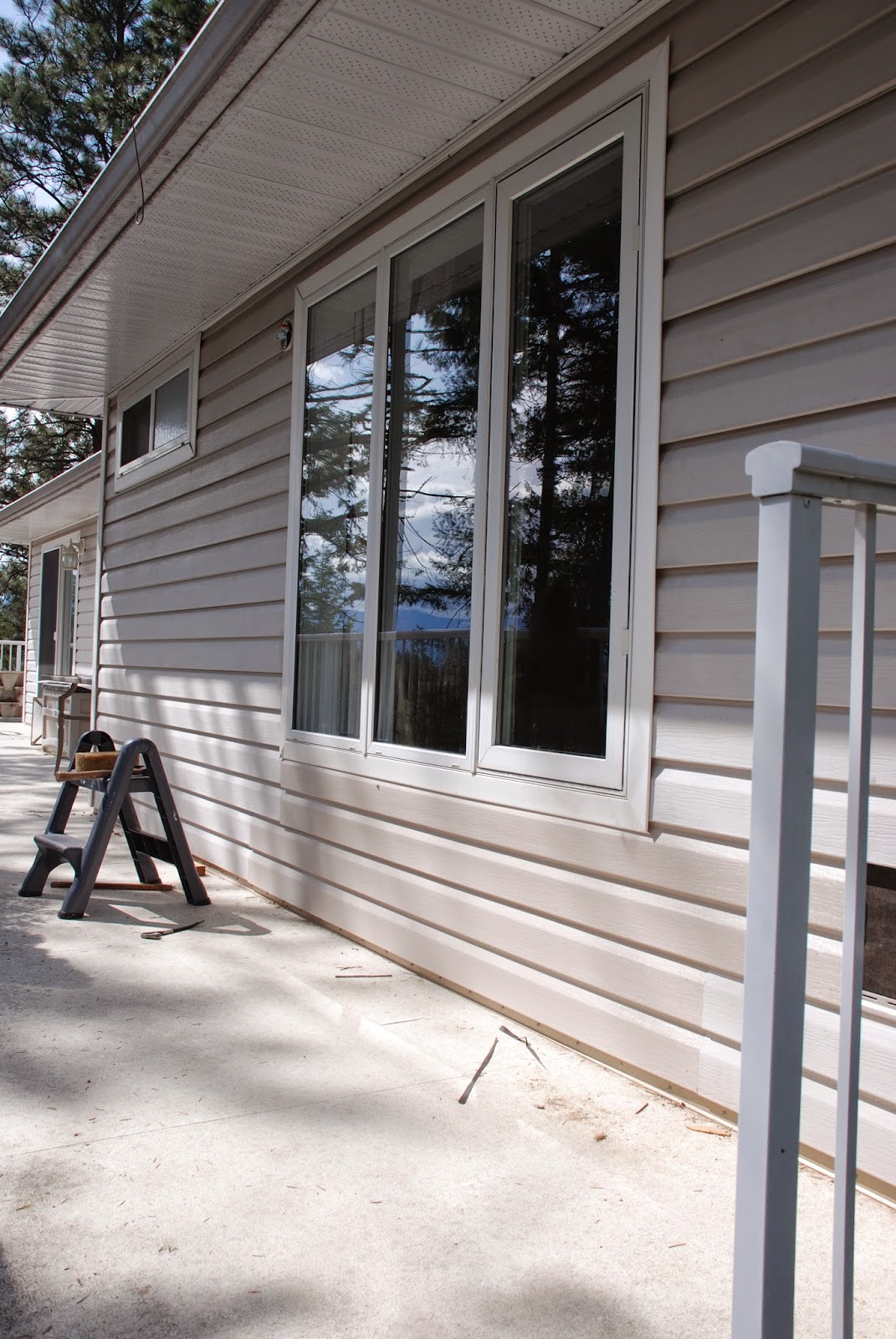 Finally, on the inside the filler box is insulated and drywalled. Now only the cosmetic bits needed to be finished. 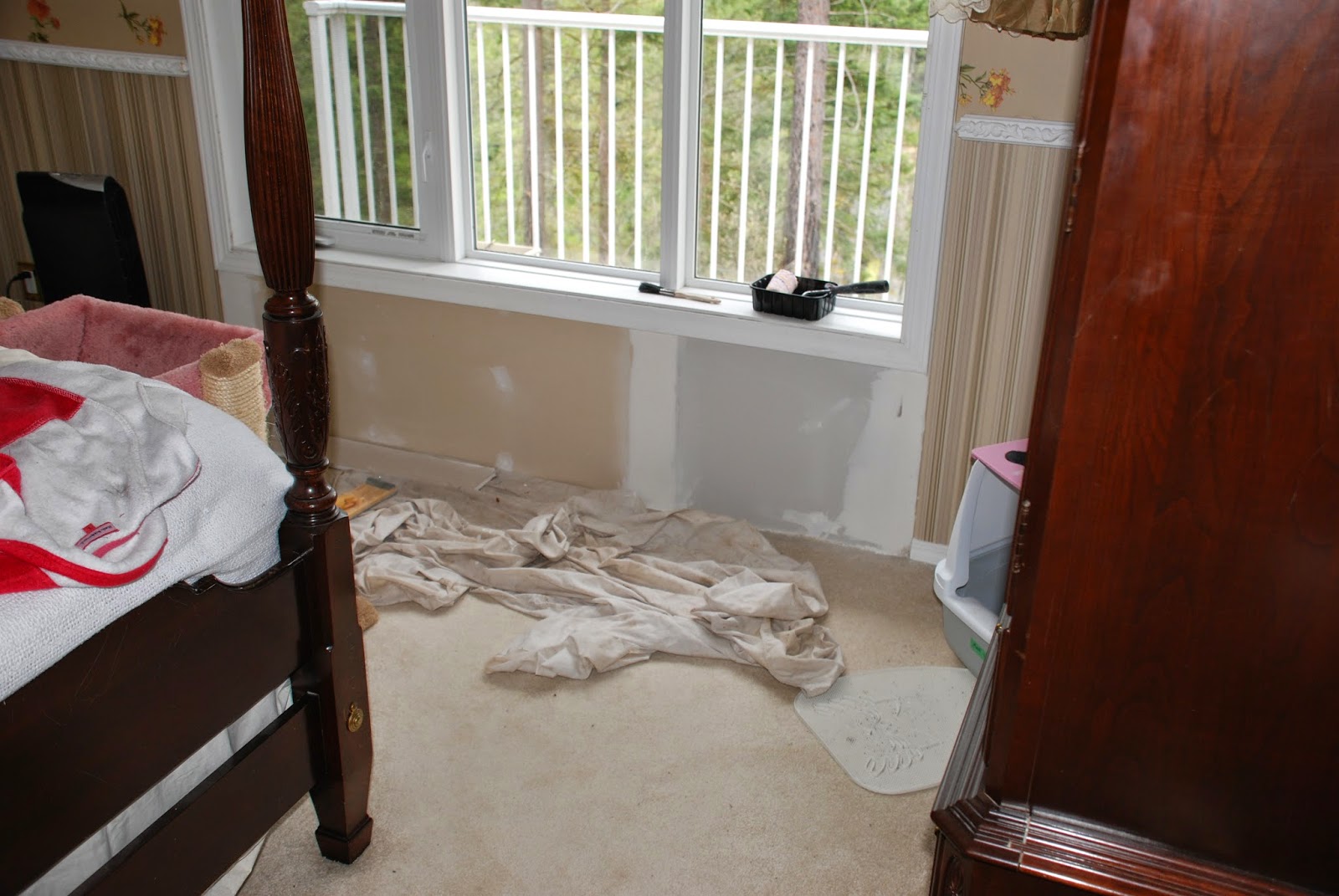 Here it is, all done, wallpapered and gorgeous! 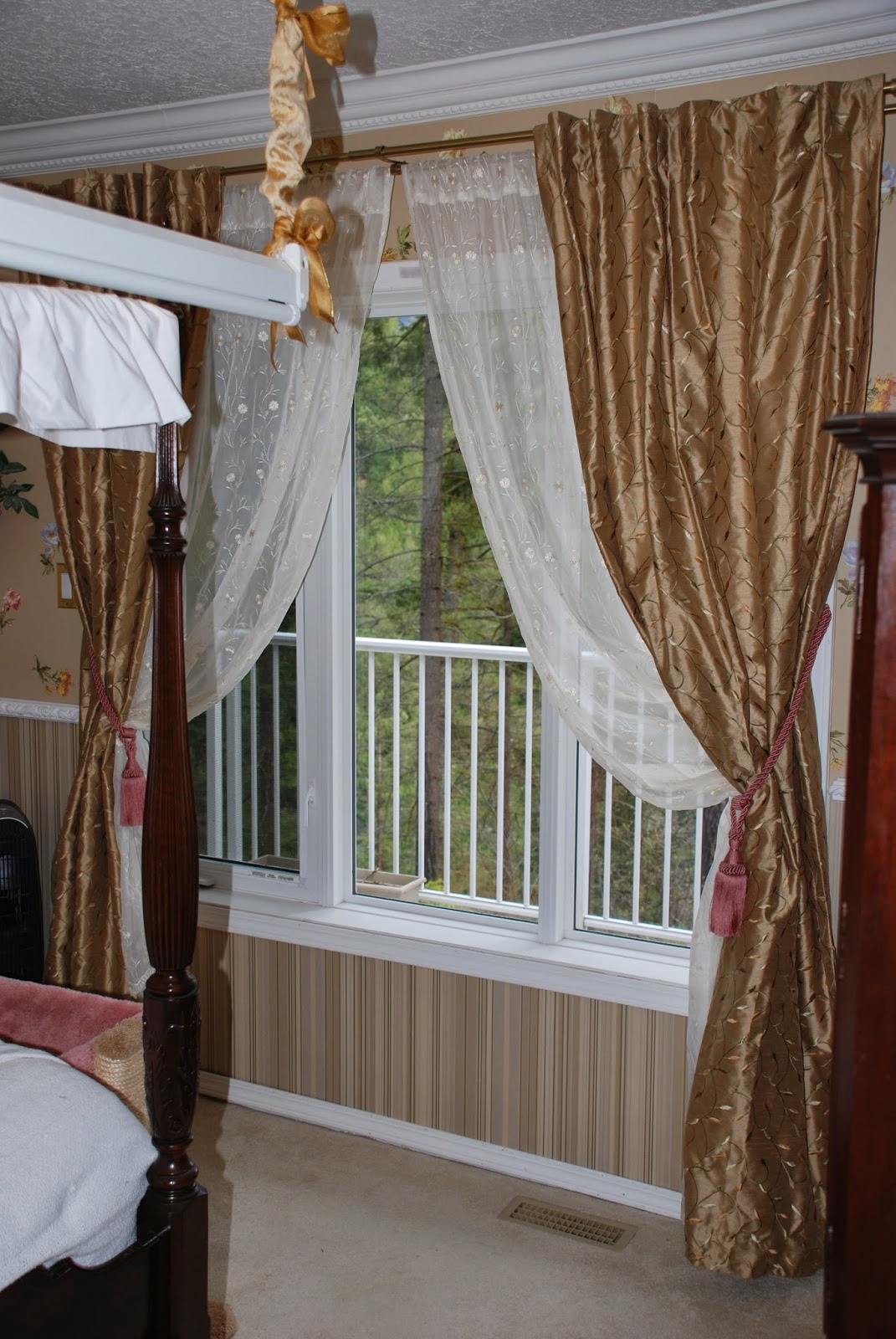