Looking back through my blog, I suddenly realized that among the many projects I mentioned, I forgot to tell you about Murray's workshop.


When we bought the house, this old shed was in much need of some TLC. It was a filthy pigsty, full of mice and wasp nests. 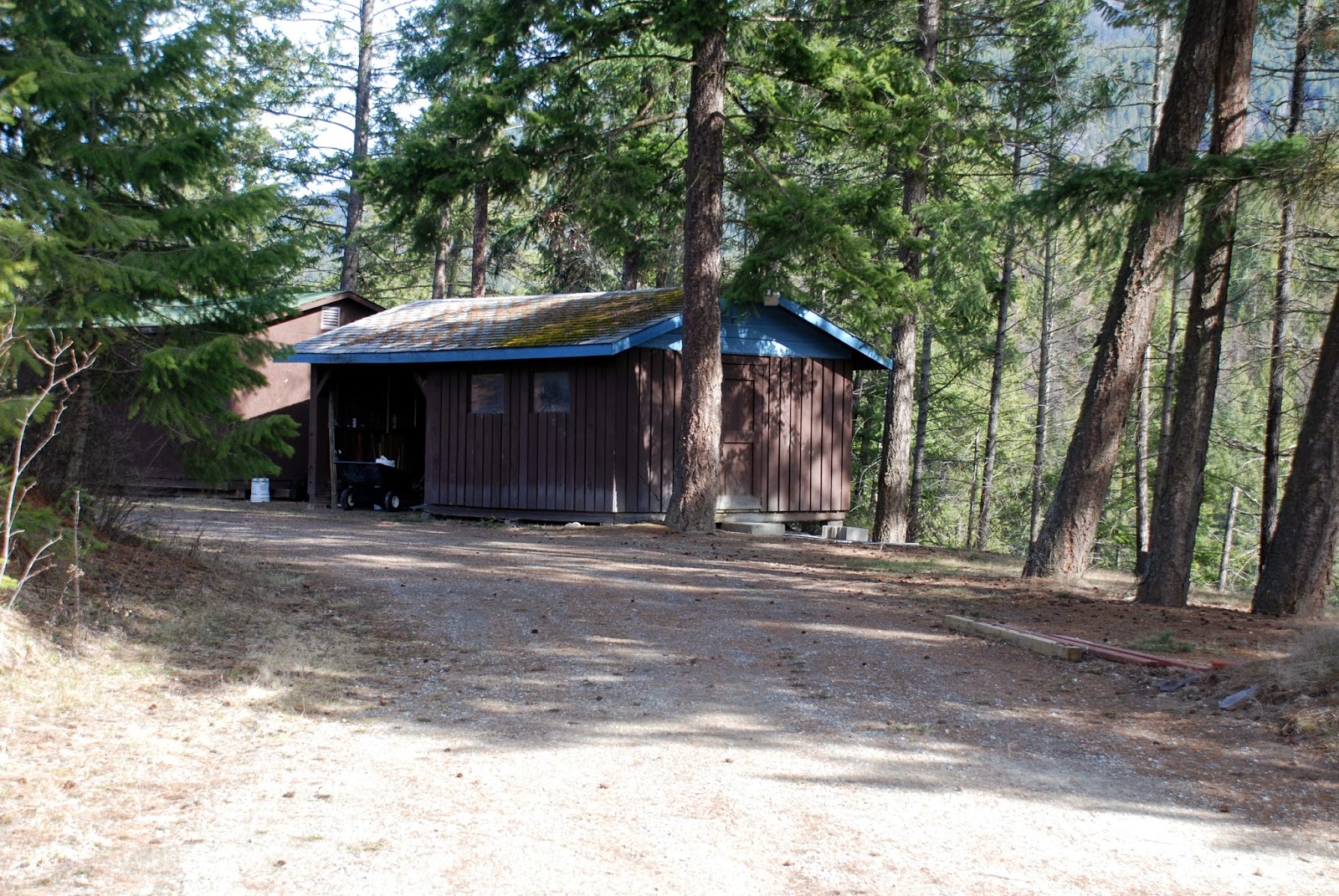 The entire building was lopsided. We bought a special jack to lift it, put it on blocks and gradually leveled it. 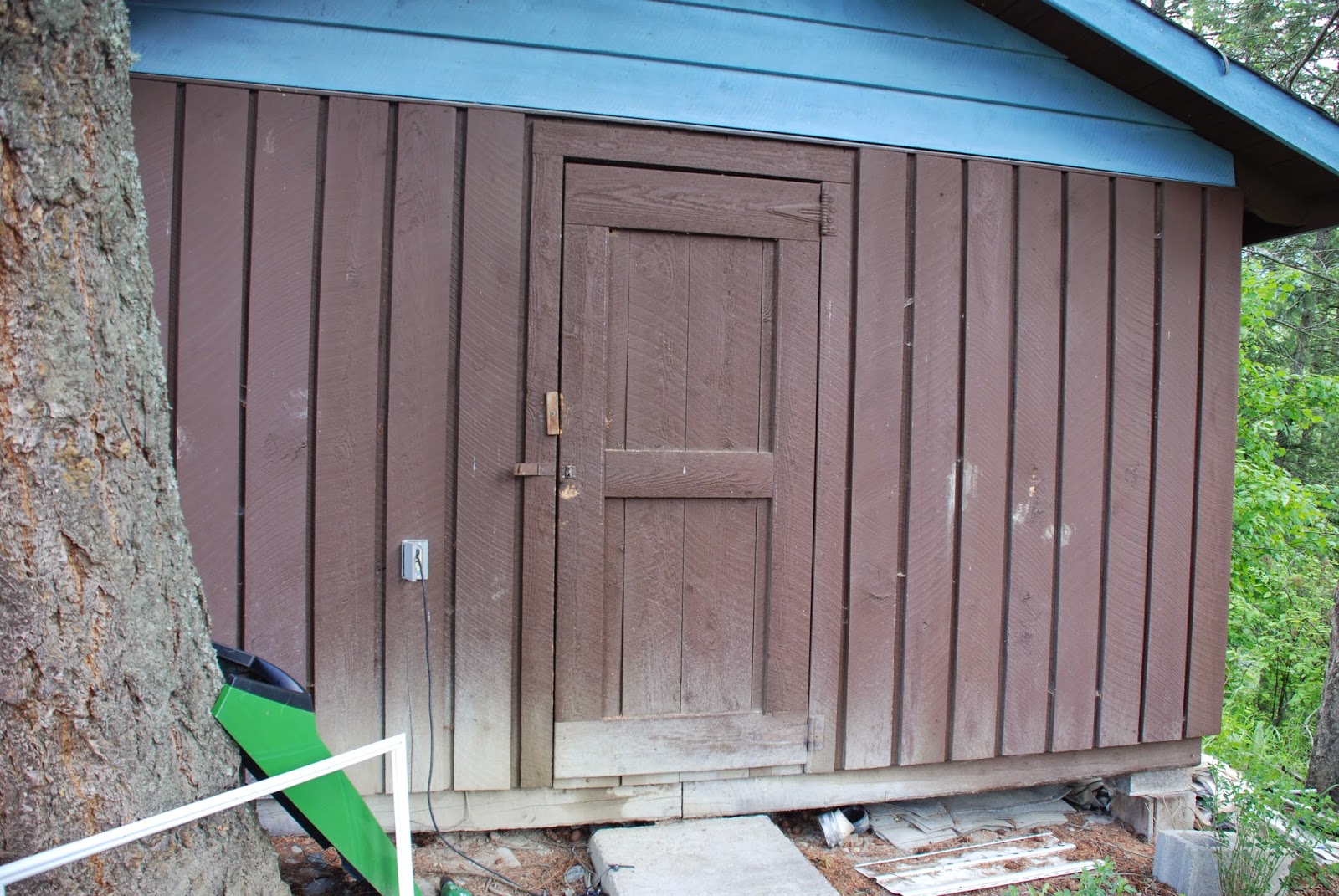 It had two tiny little plastic windows on one side. 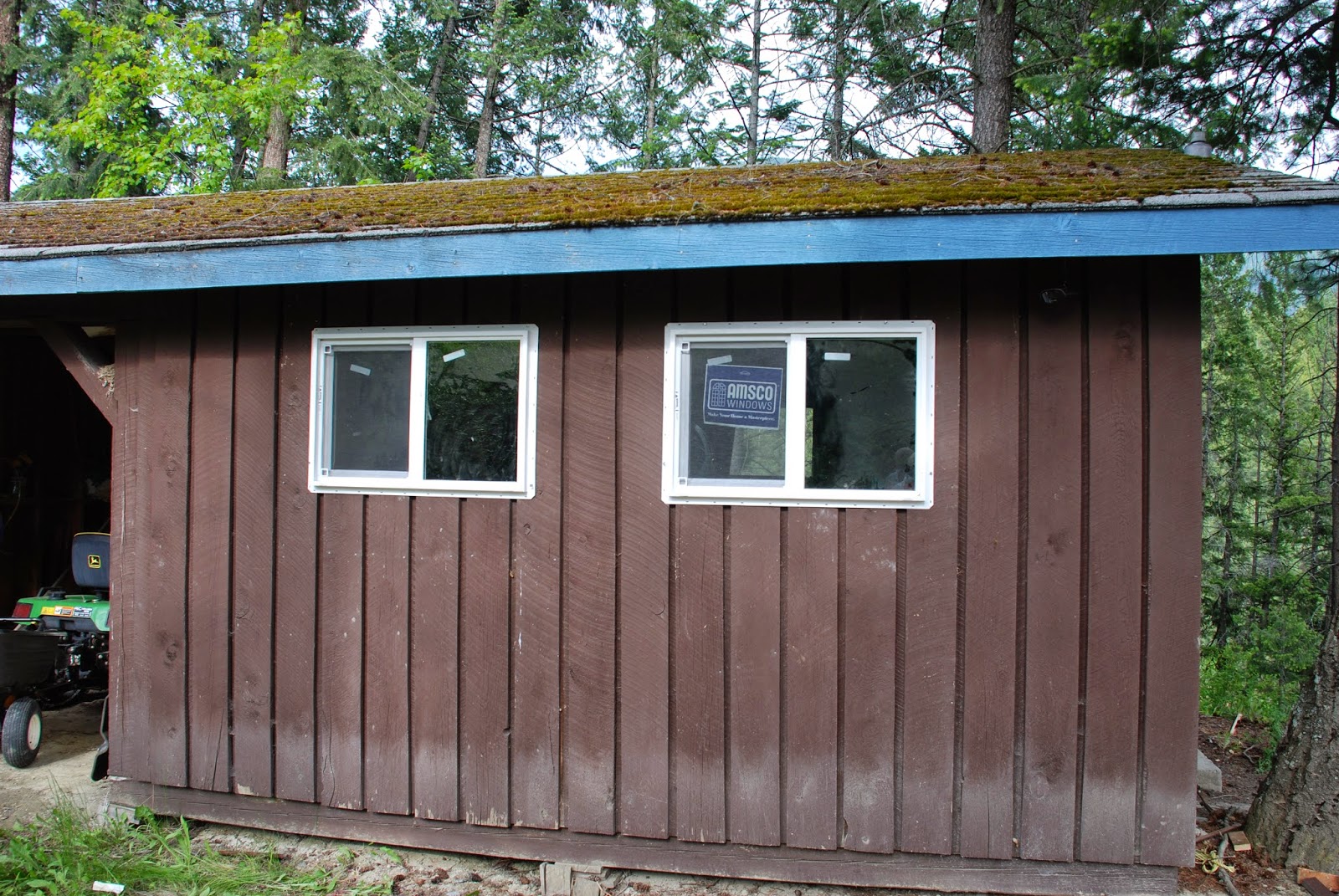 So the first thing Murray did, was replace the windows with real double pane glass ones and added one on the other side as well. 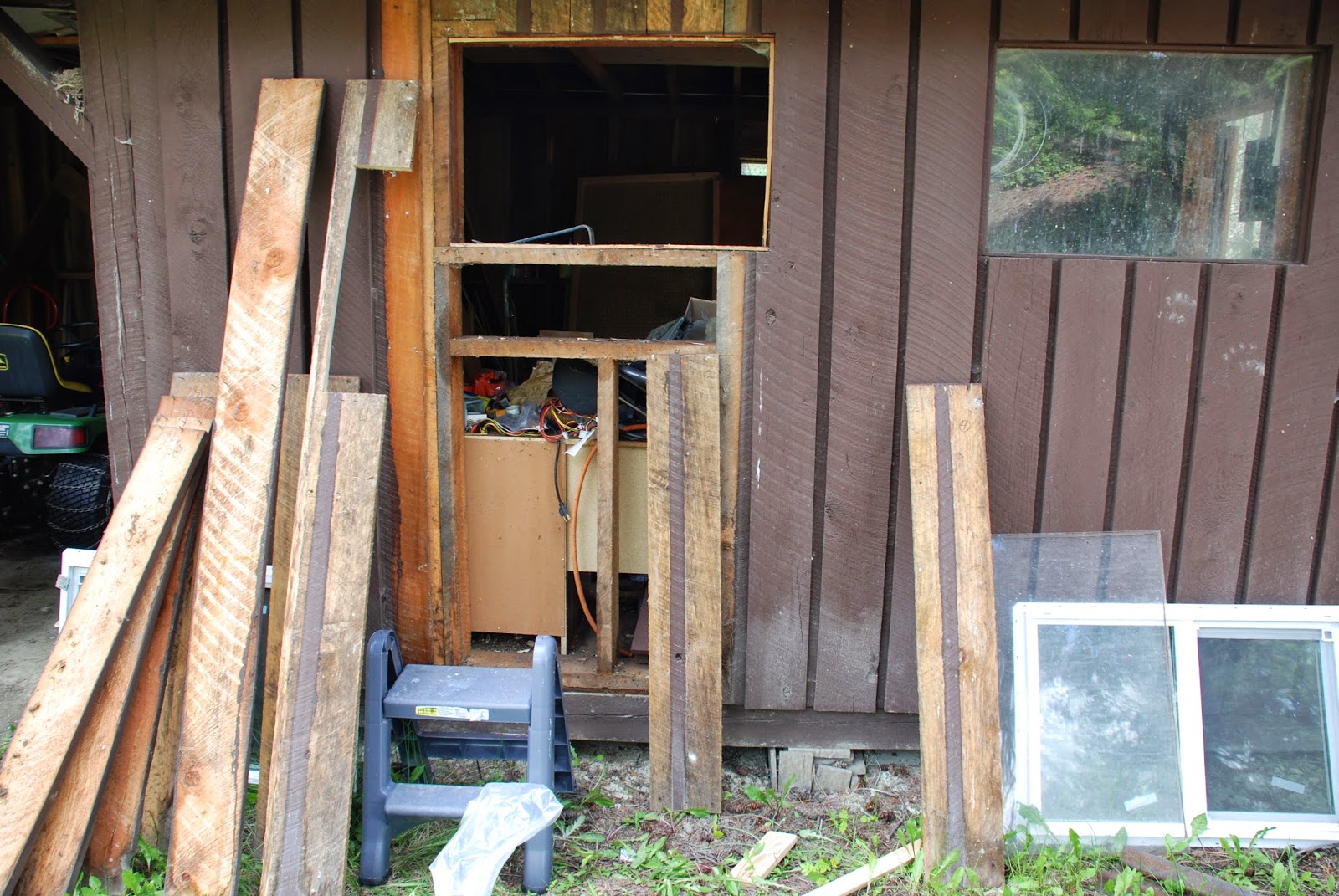 What a huge hole! 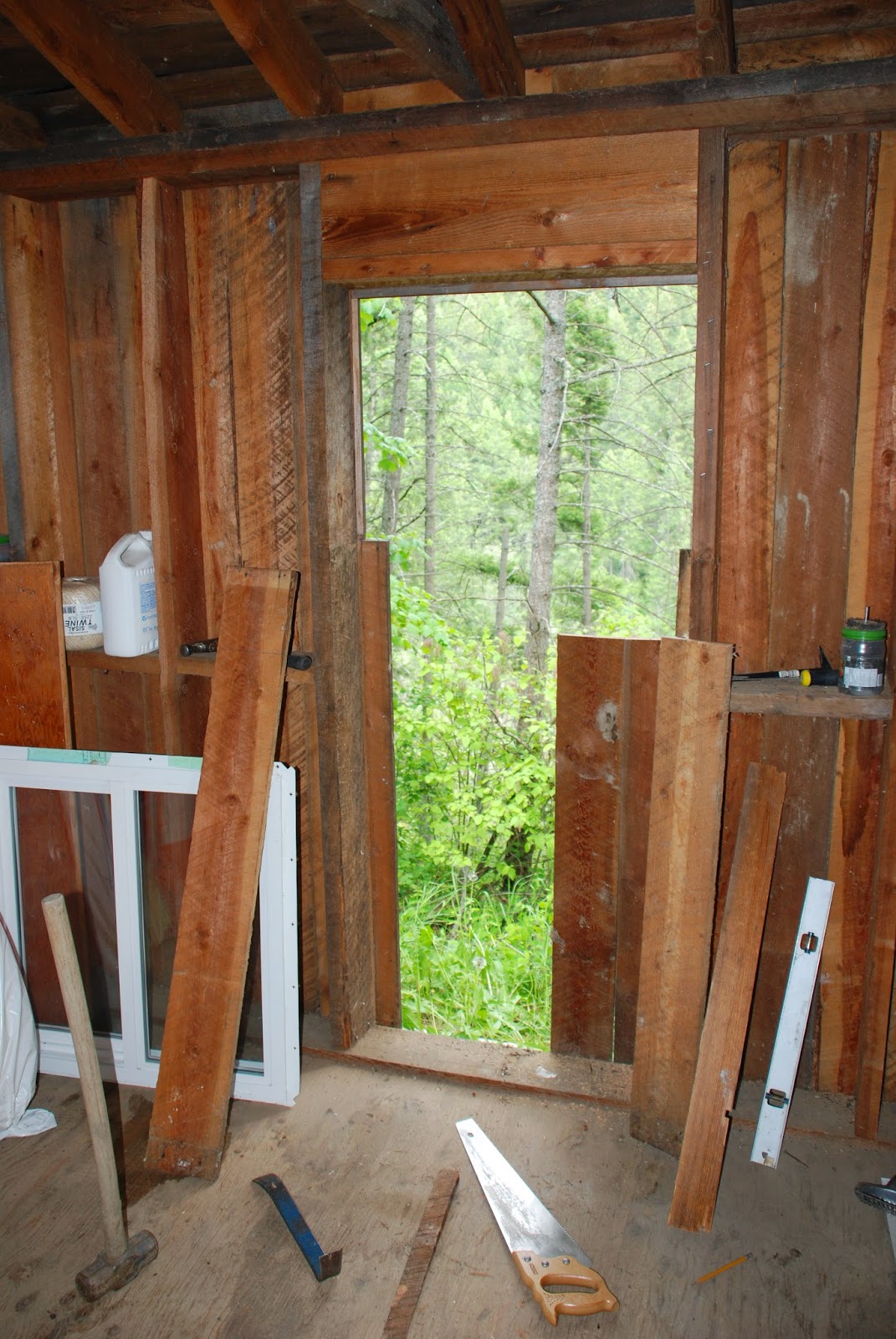 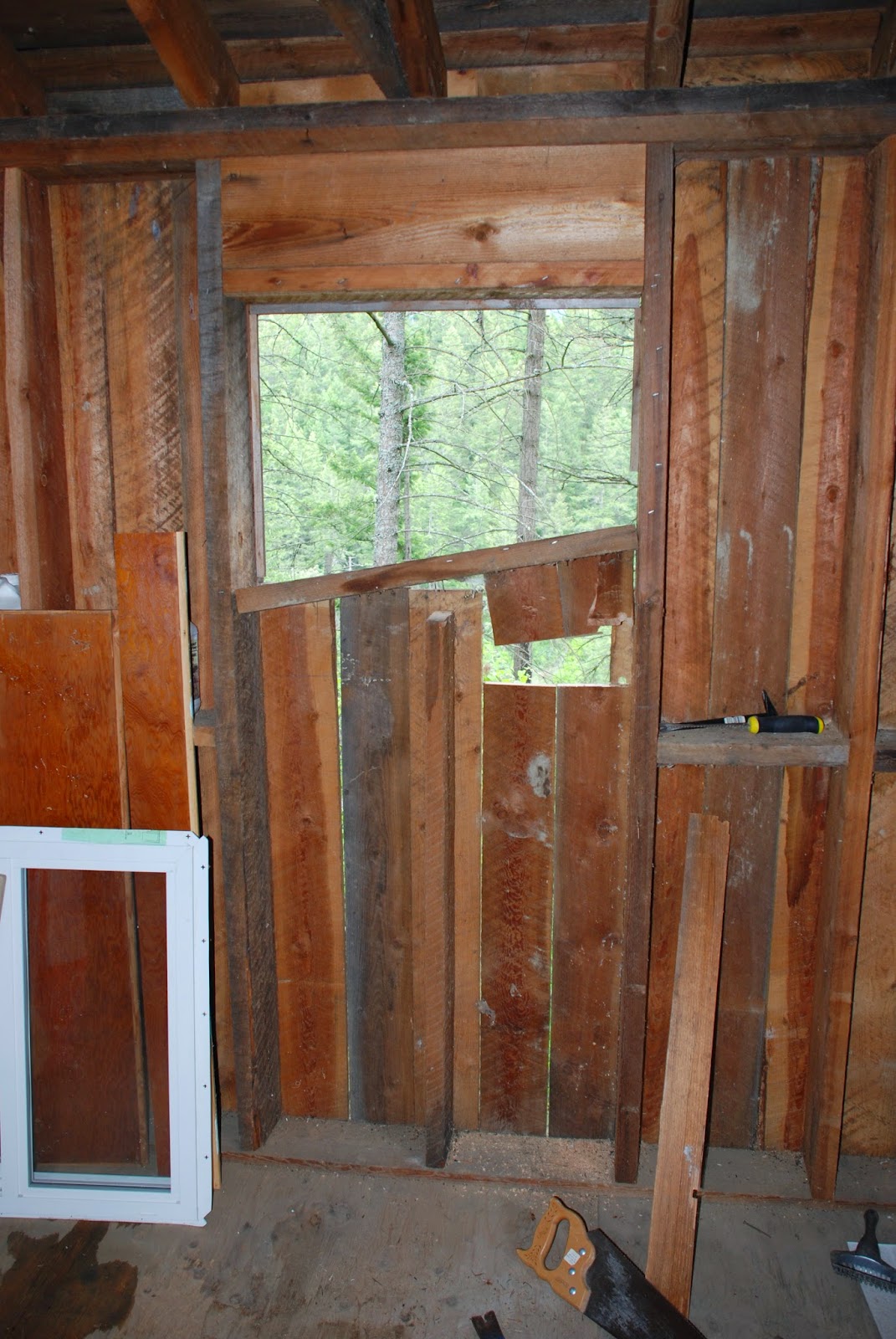 And, the new window is in! 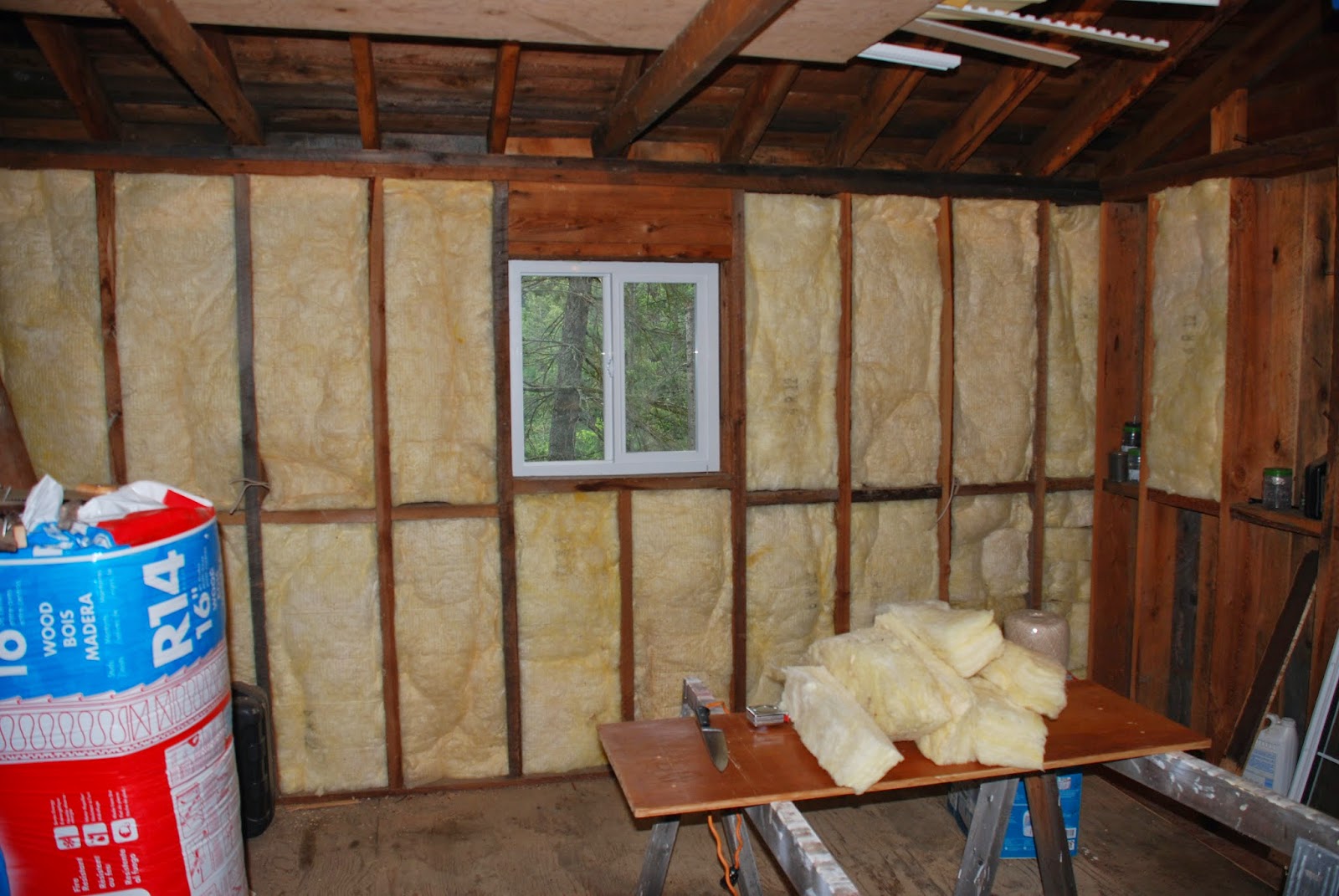 Yikes, what a MESS inside! 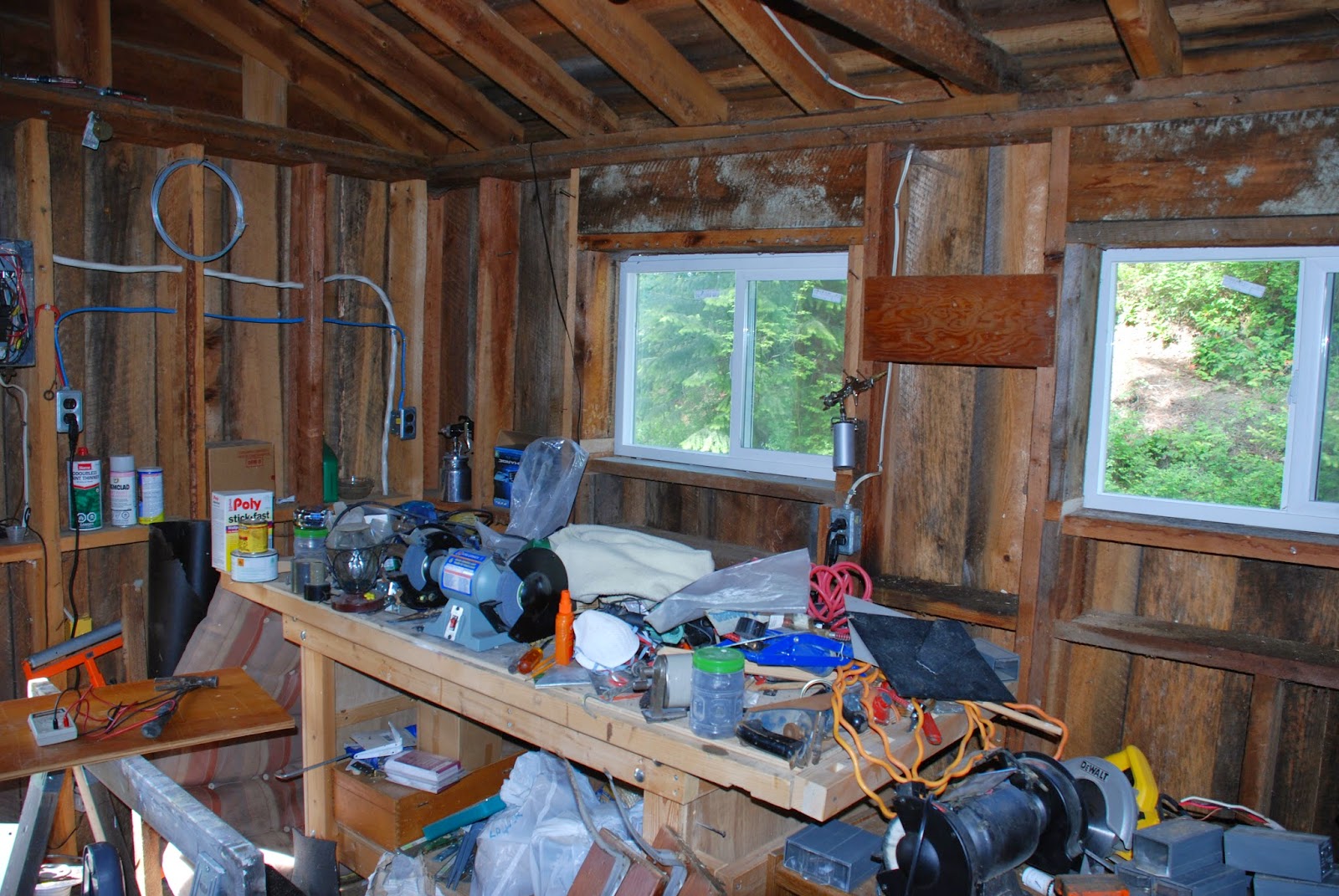 The roof was covered in moss, so up the ladder he went to scrape it all off. Wiring the place was probably the biggest job of all with the multiple outlets and ceiling lights. 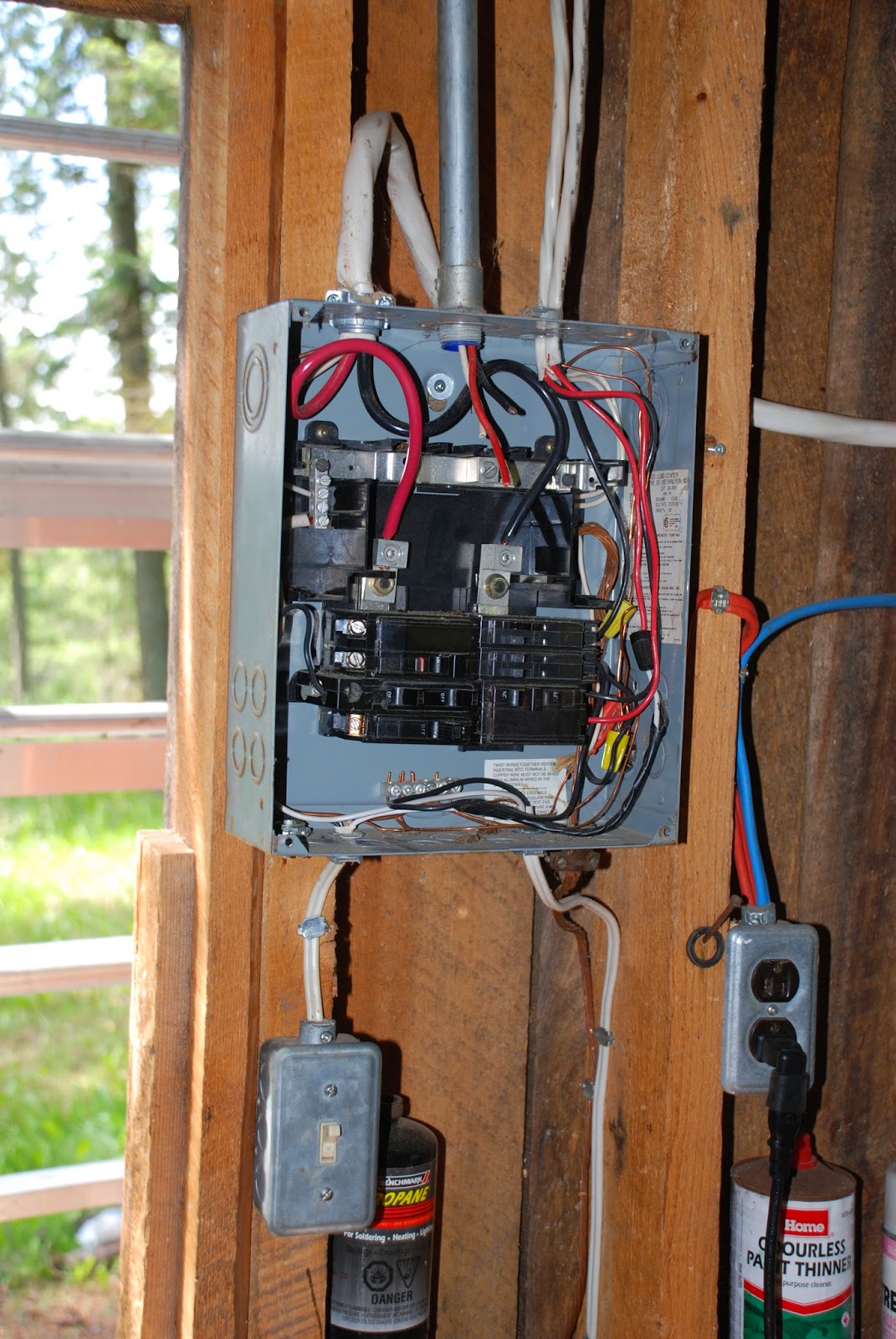 The shed had an open ceiling, inviting all kinds of critters to dwell under the roof. So, Mur put beams up to make a ceiling. 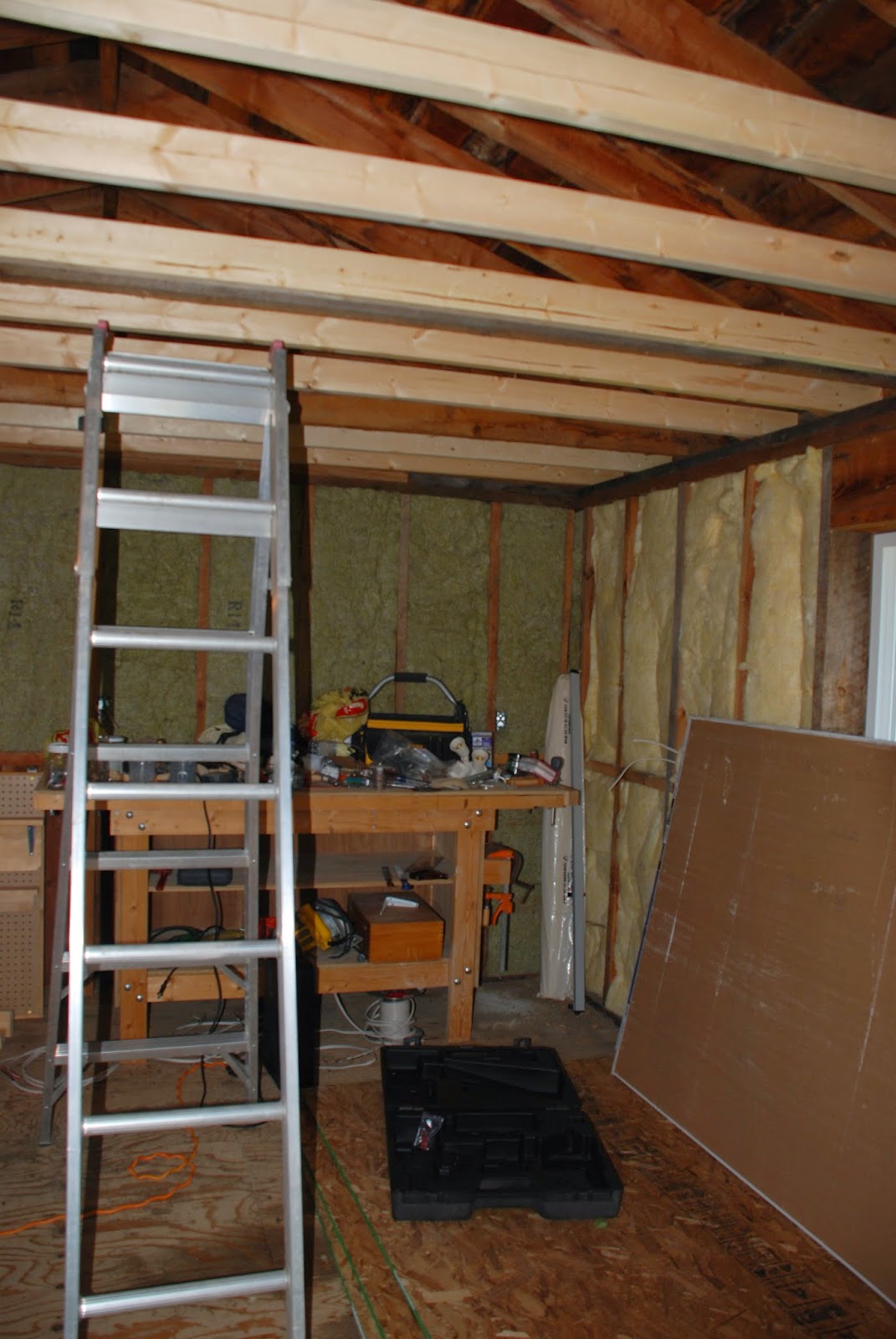 Putting up the drywall, here is me pretending to help (supervise). 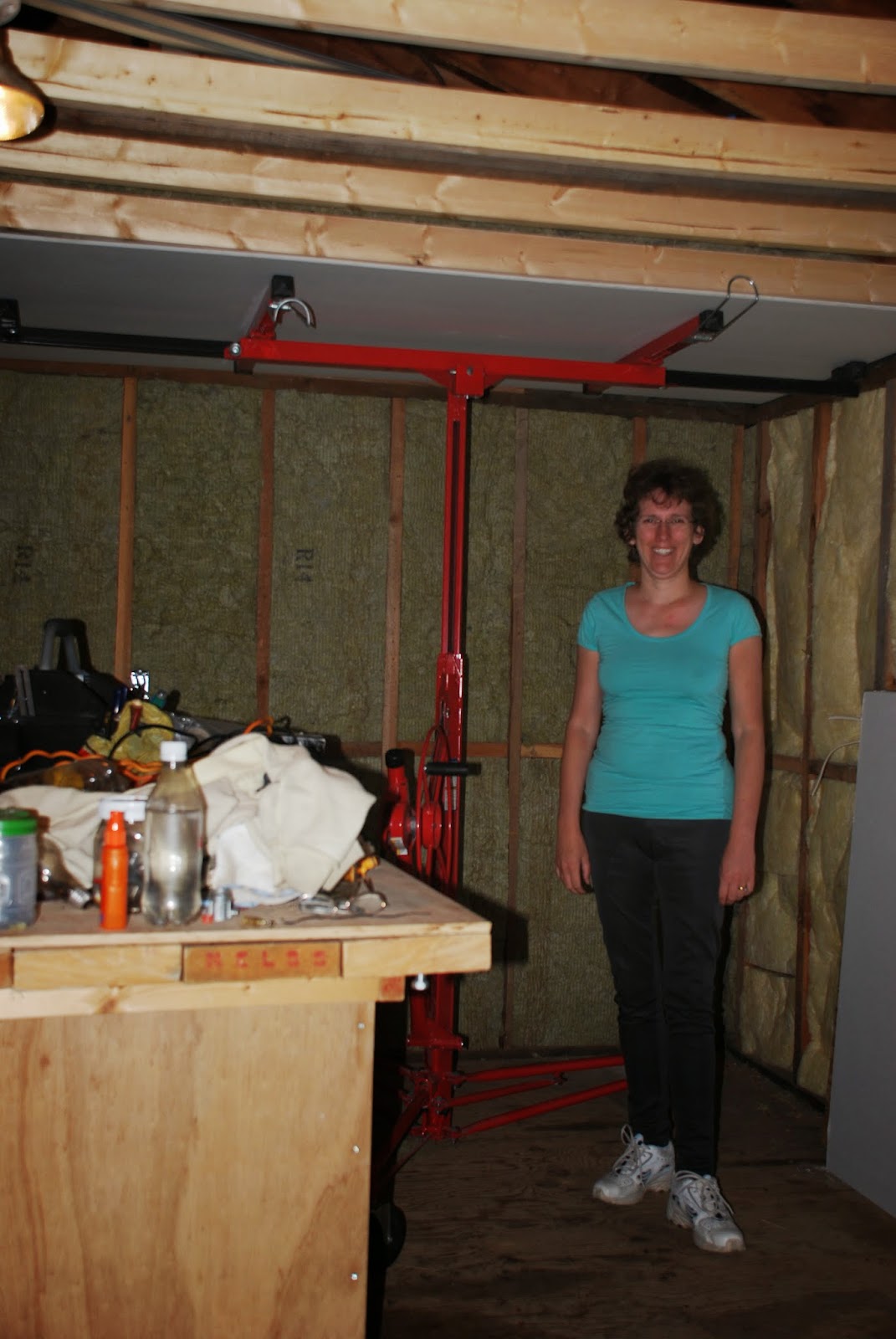 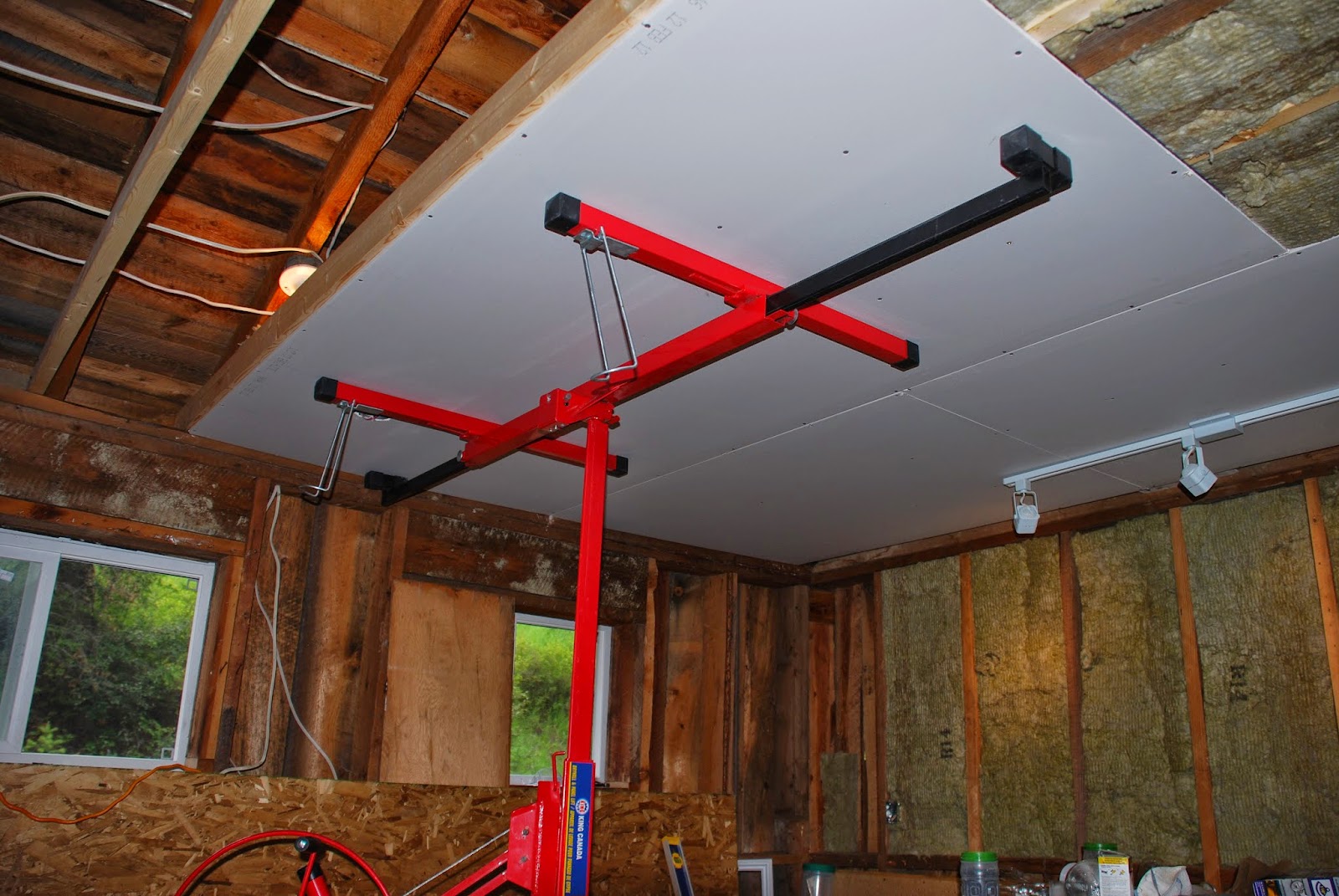 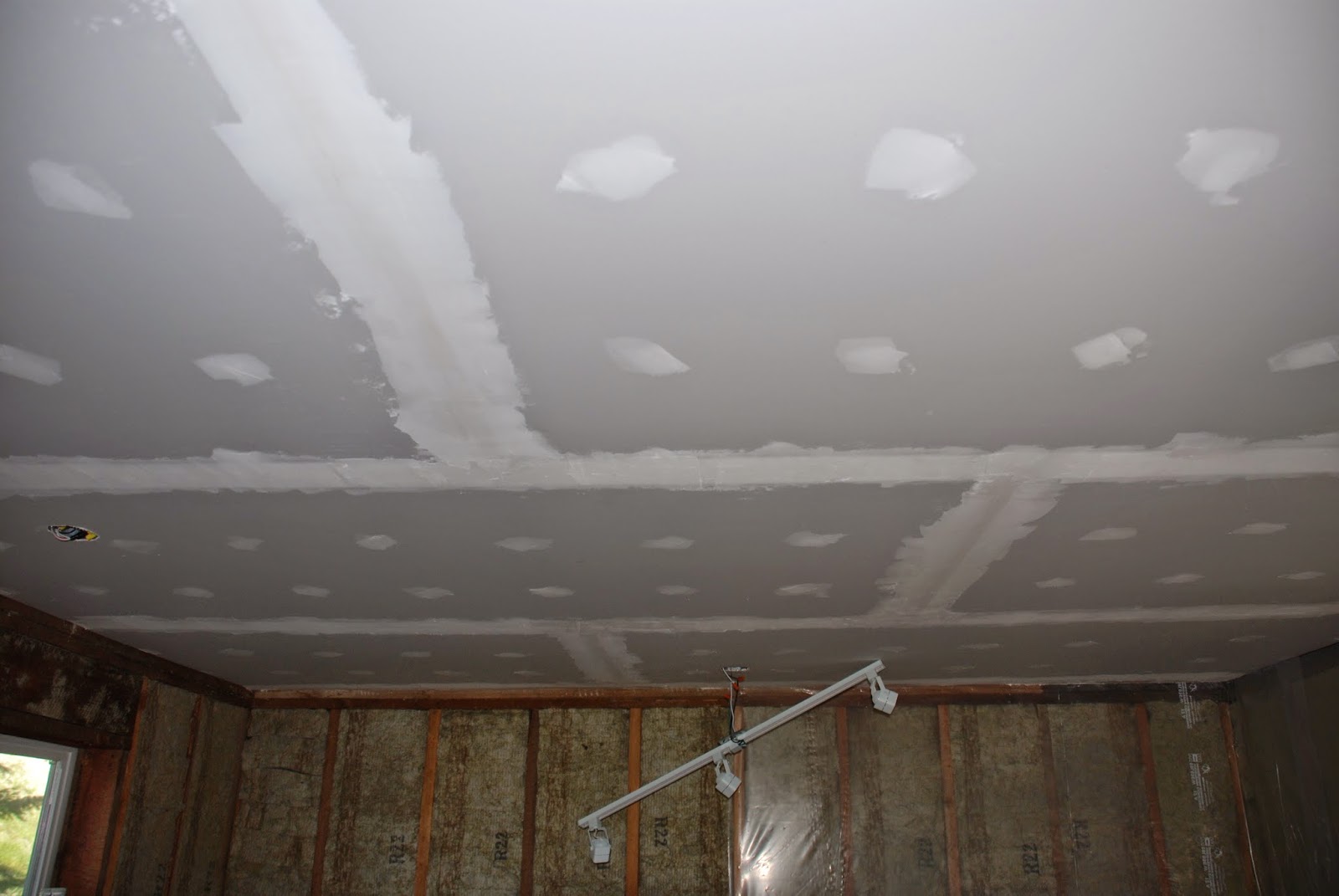 Because Murray has many projects in the winter as well, he decided to replace the insulation. 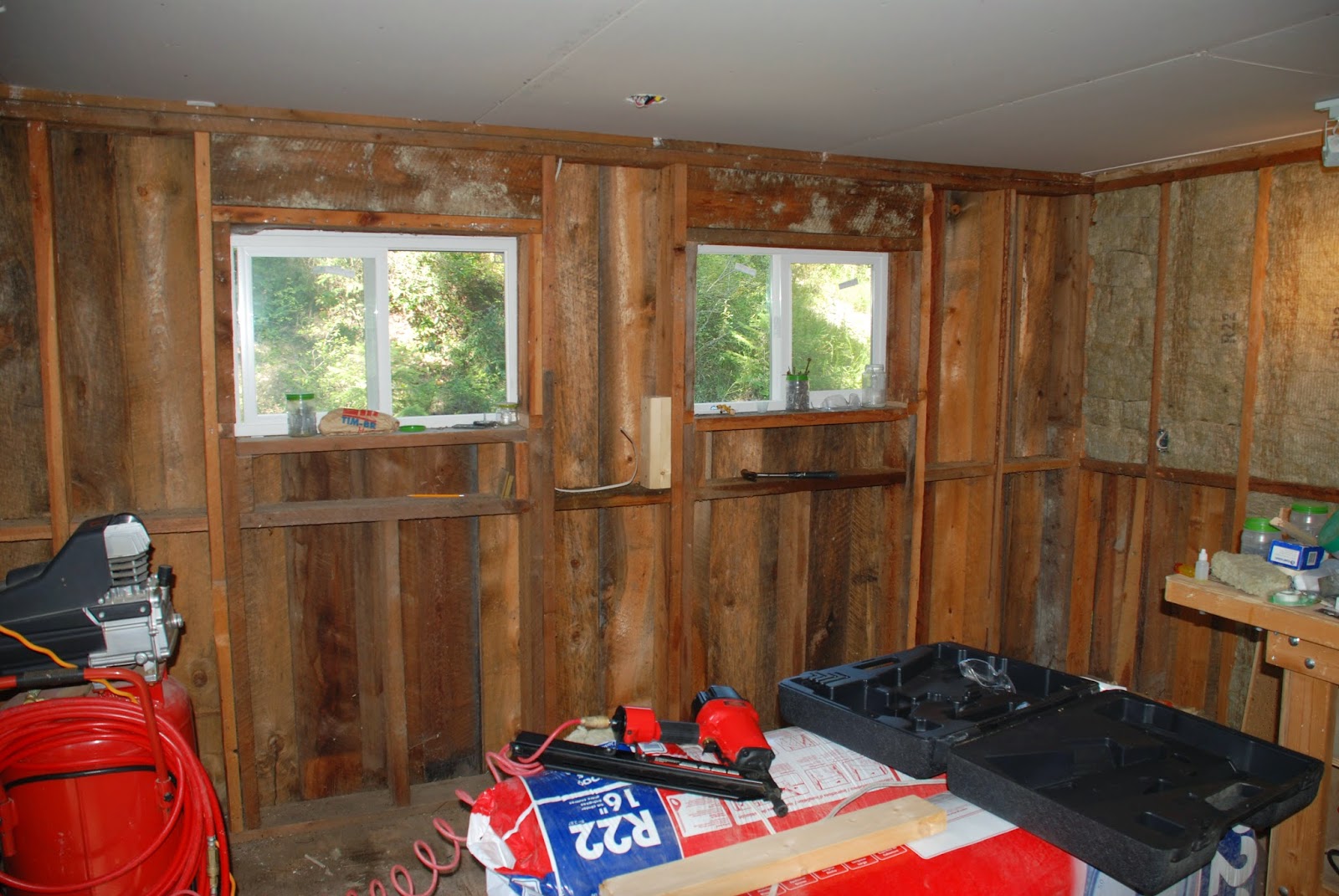 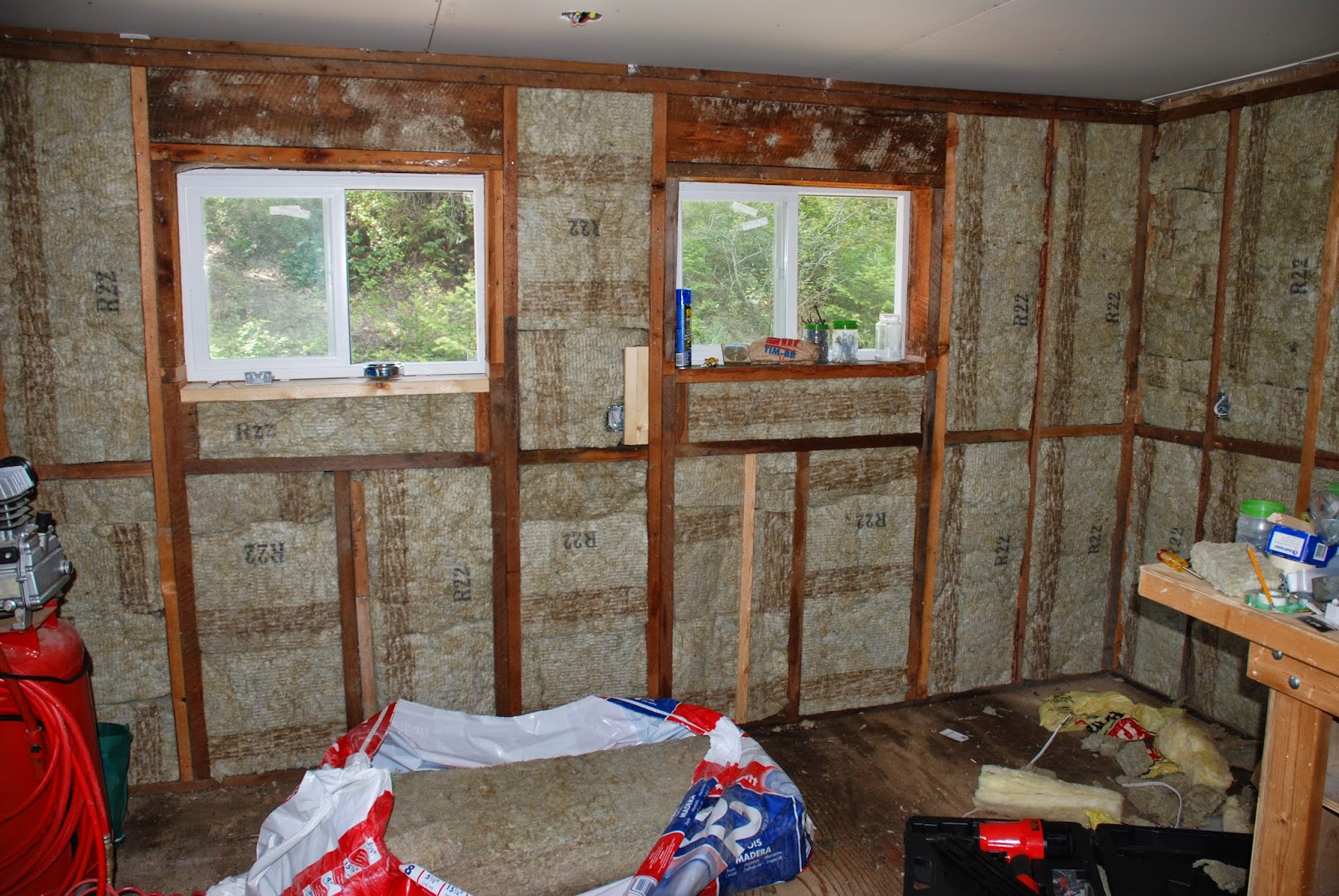 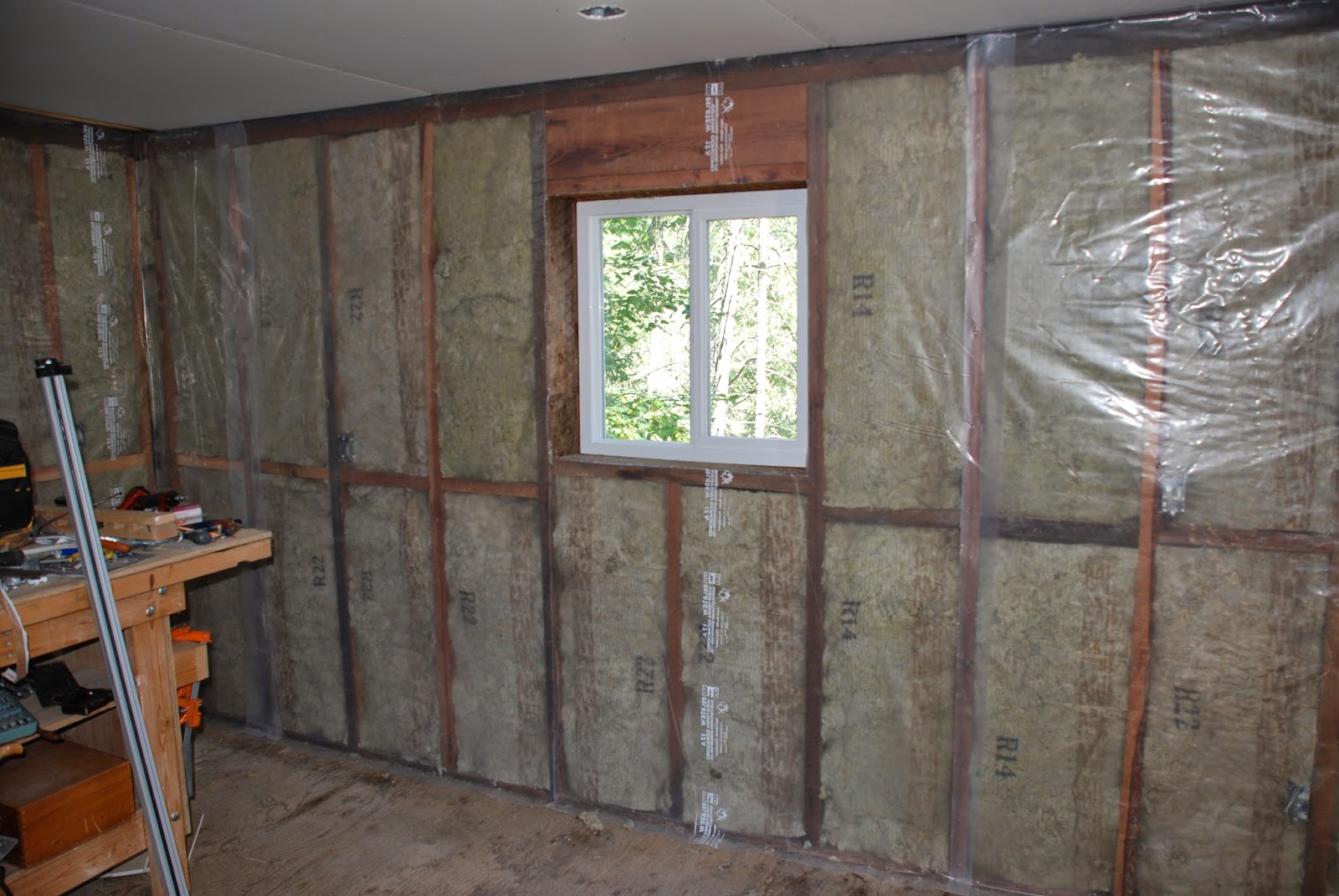 Murray inserted a window in the ugly door to allow even more light in, and painted the door white, I wanted pink. 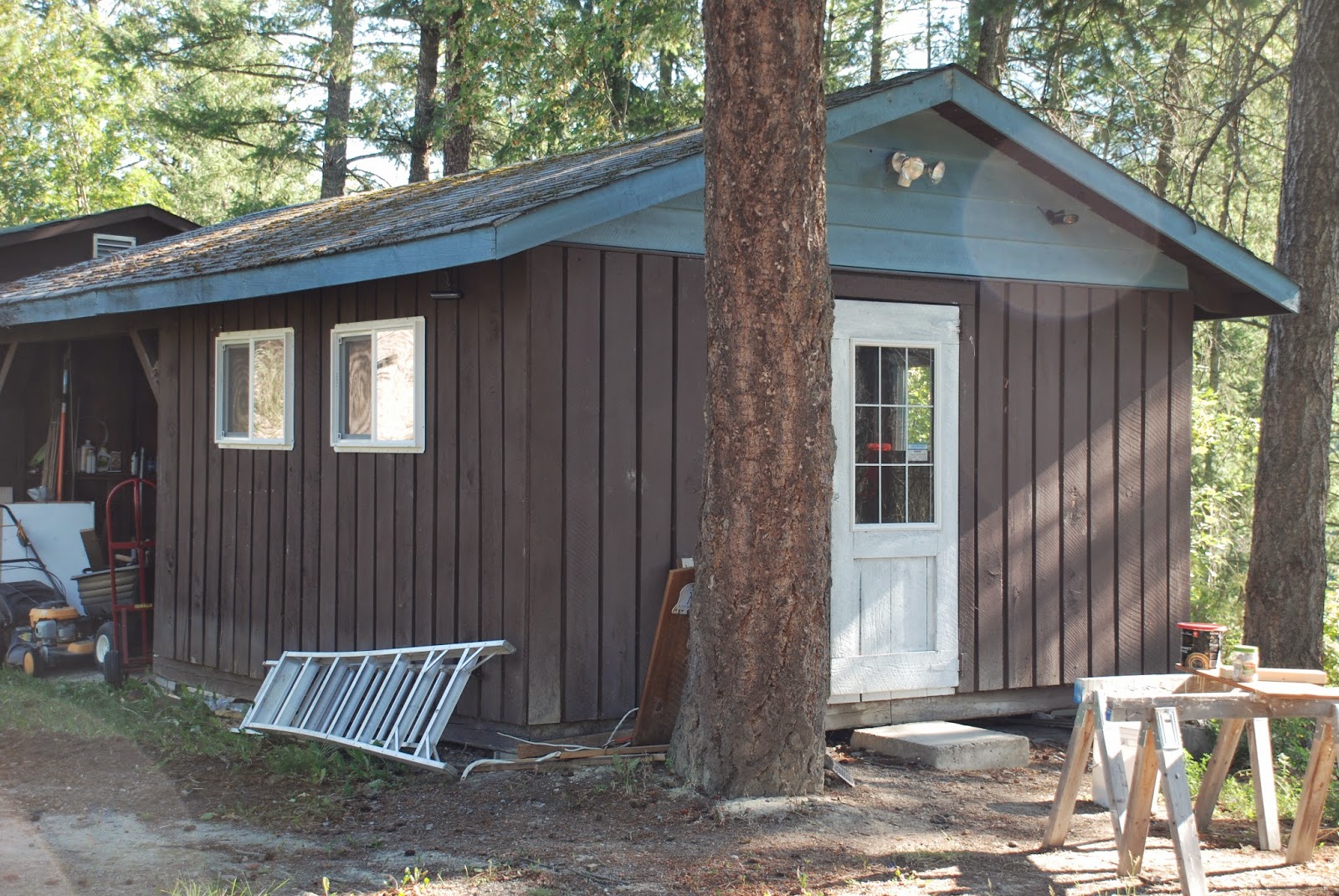 On to the final touches: veneer paneling. 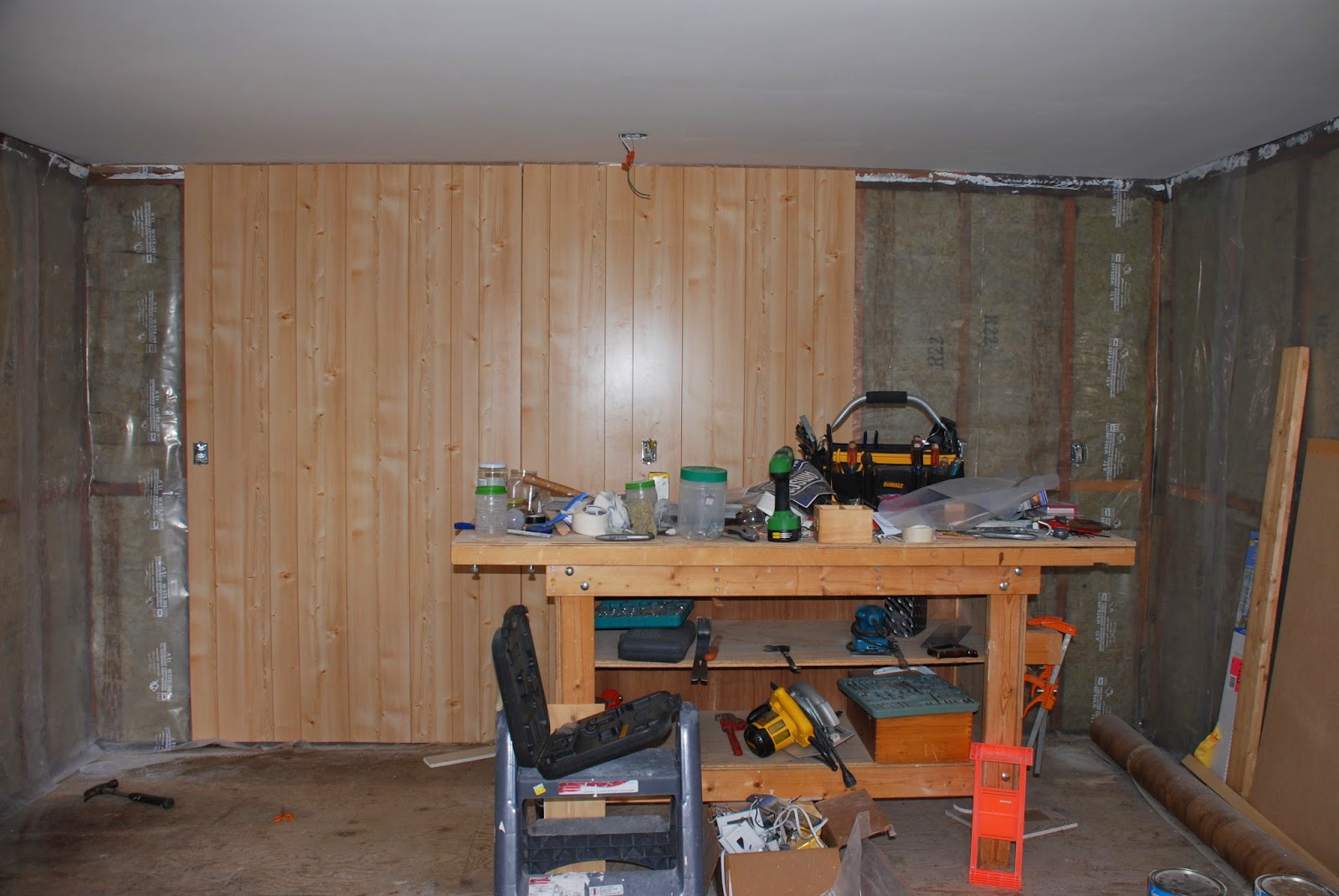 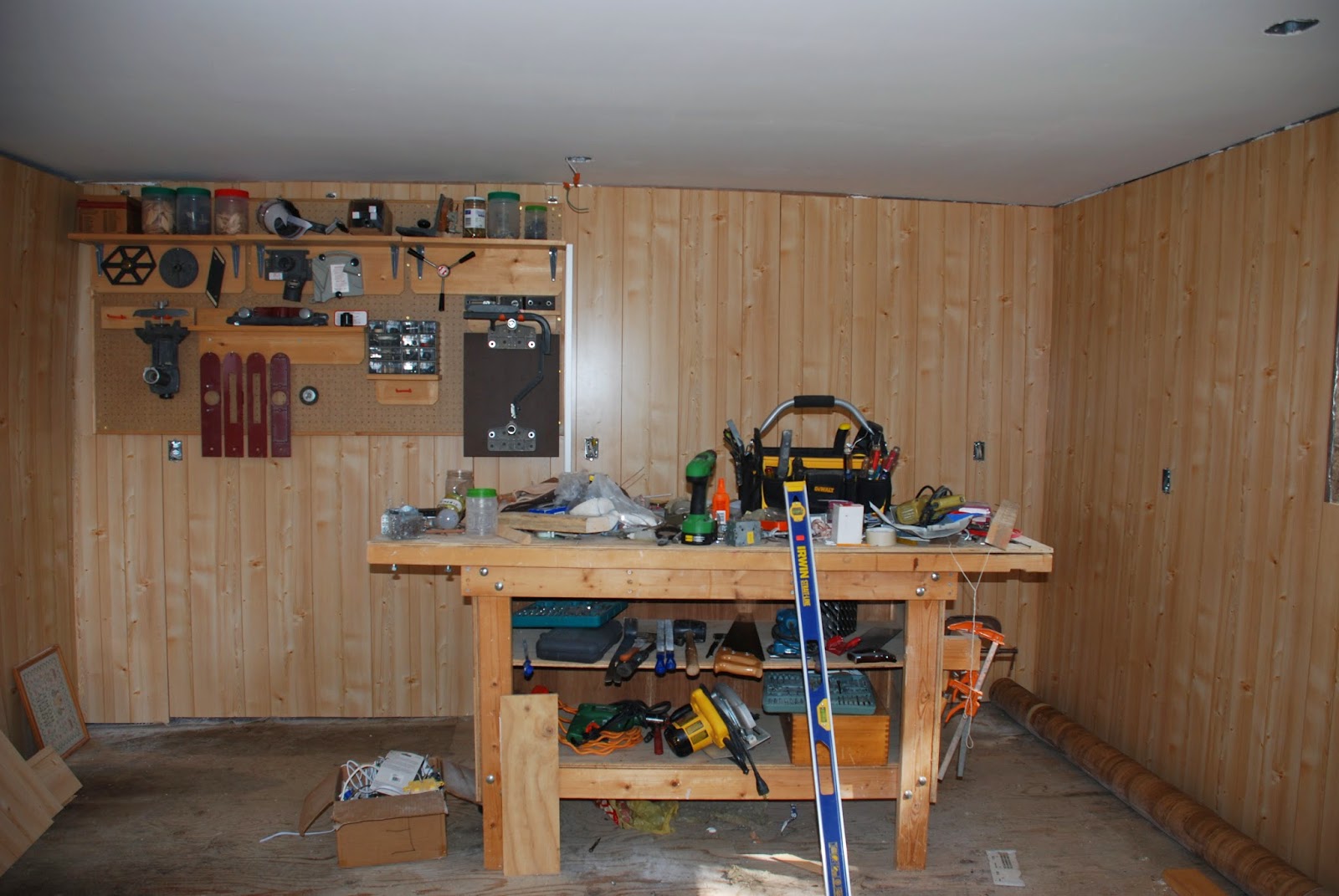 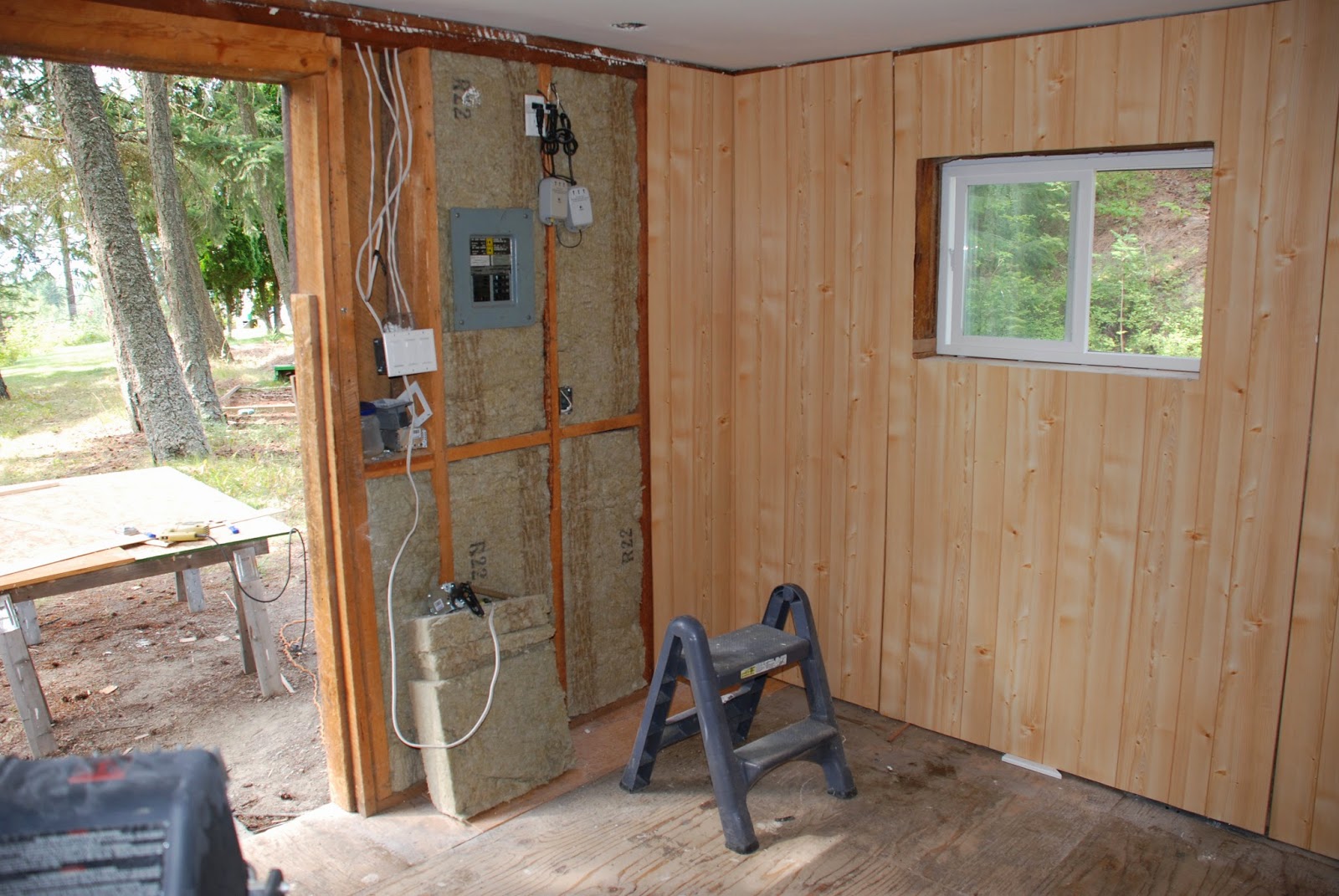 Next, getting rid of all the junk in there. 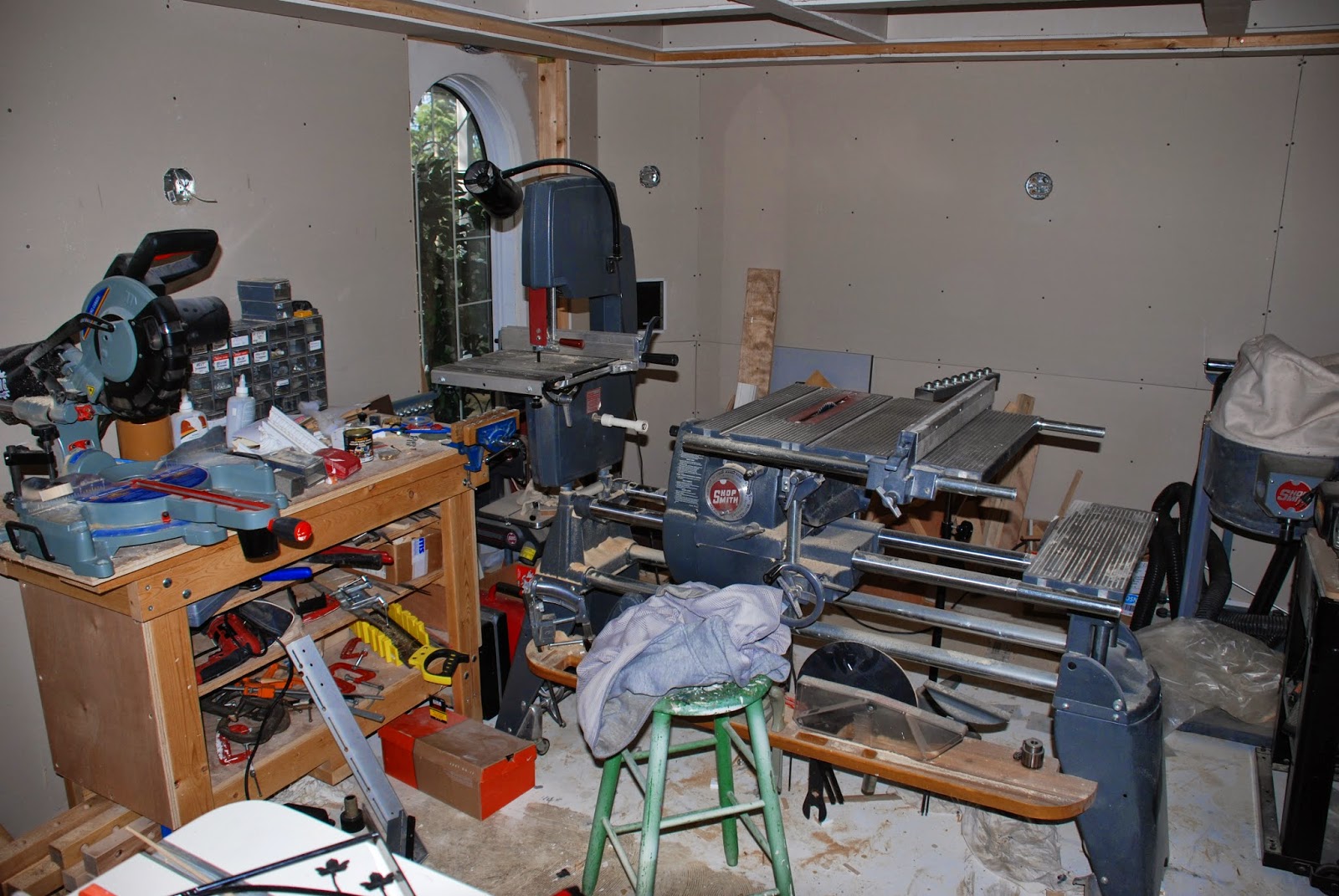 Because I don't want to see it right now. 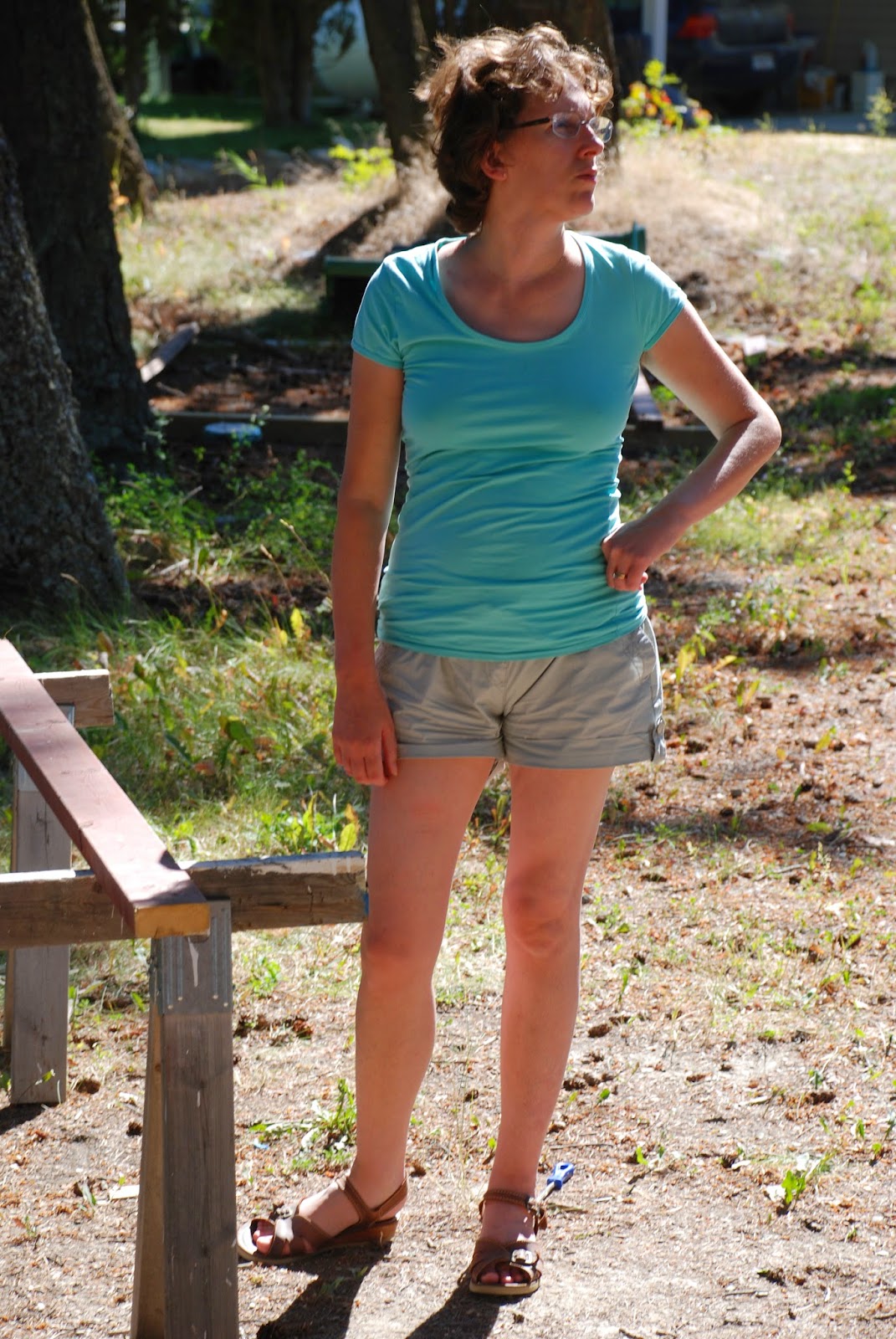 Everything is cleared out, the tool rack he made is installed, and the flooring is being installed. 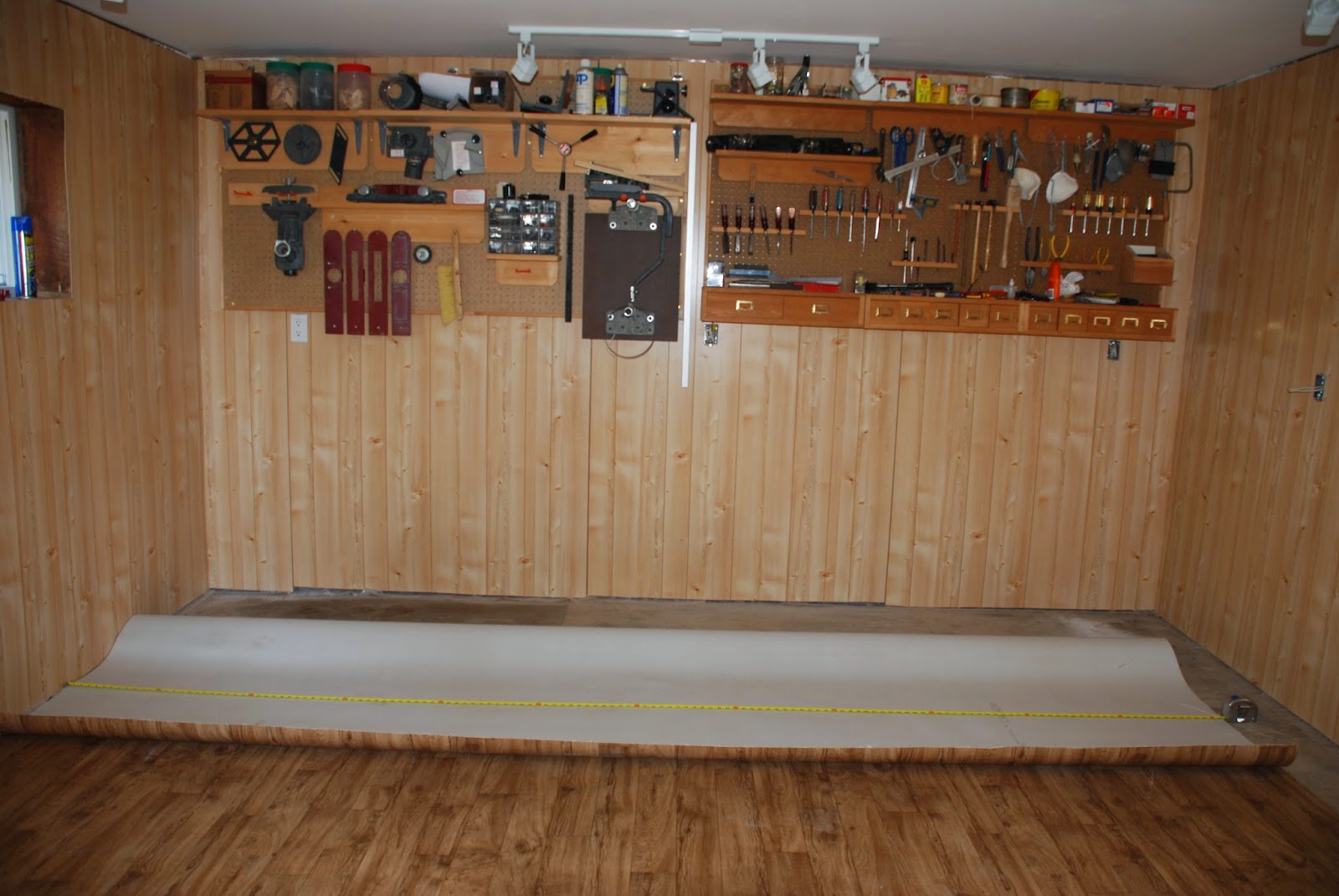 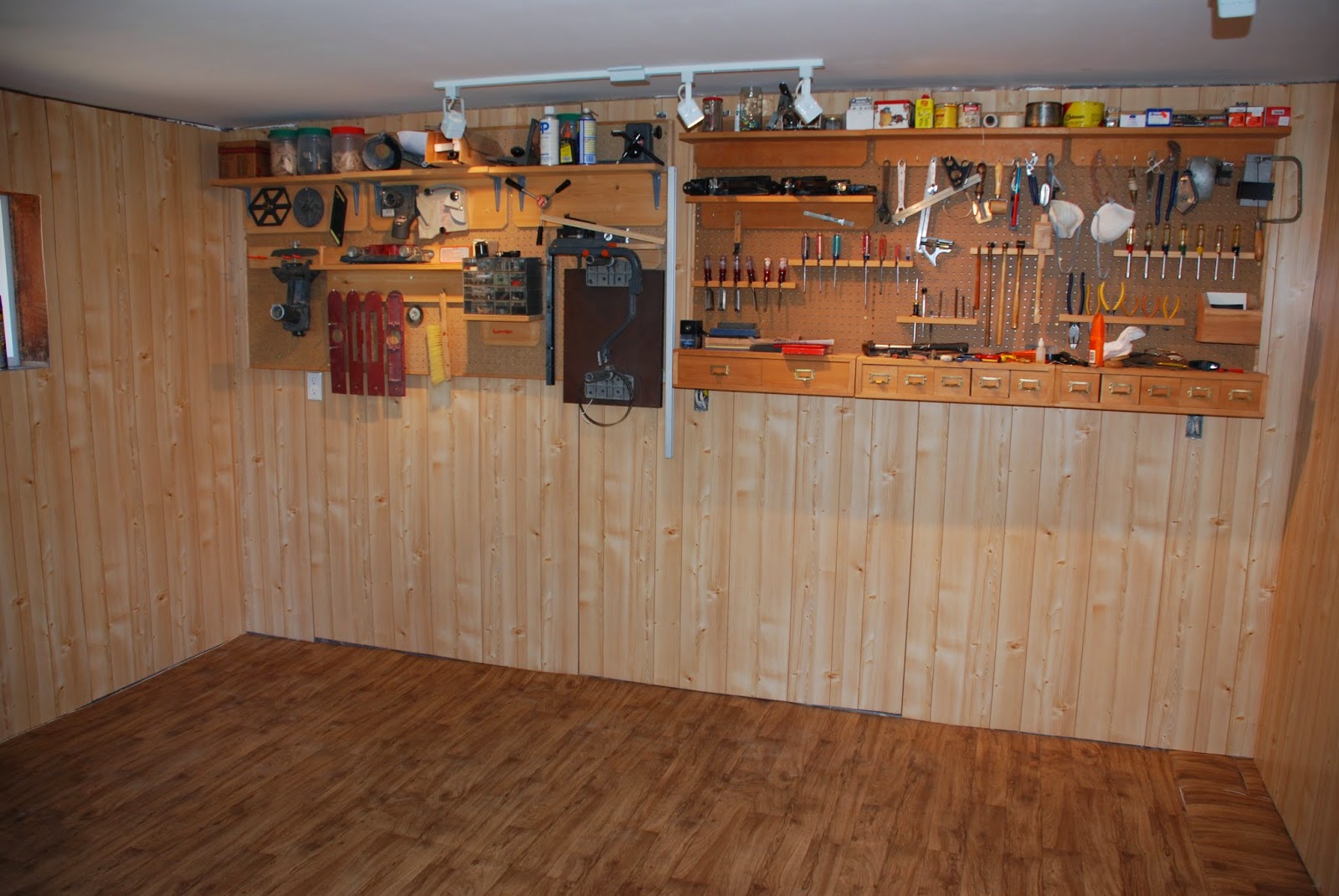 Now what to do with all the junk? 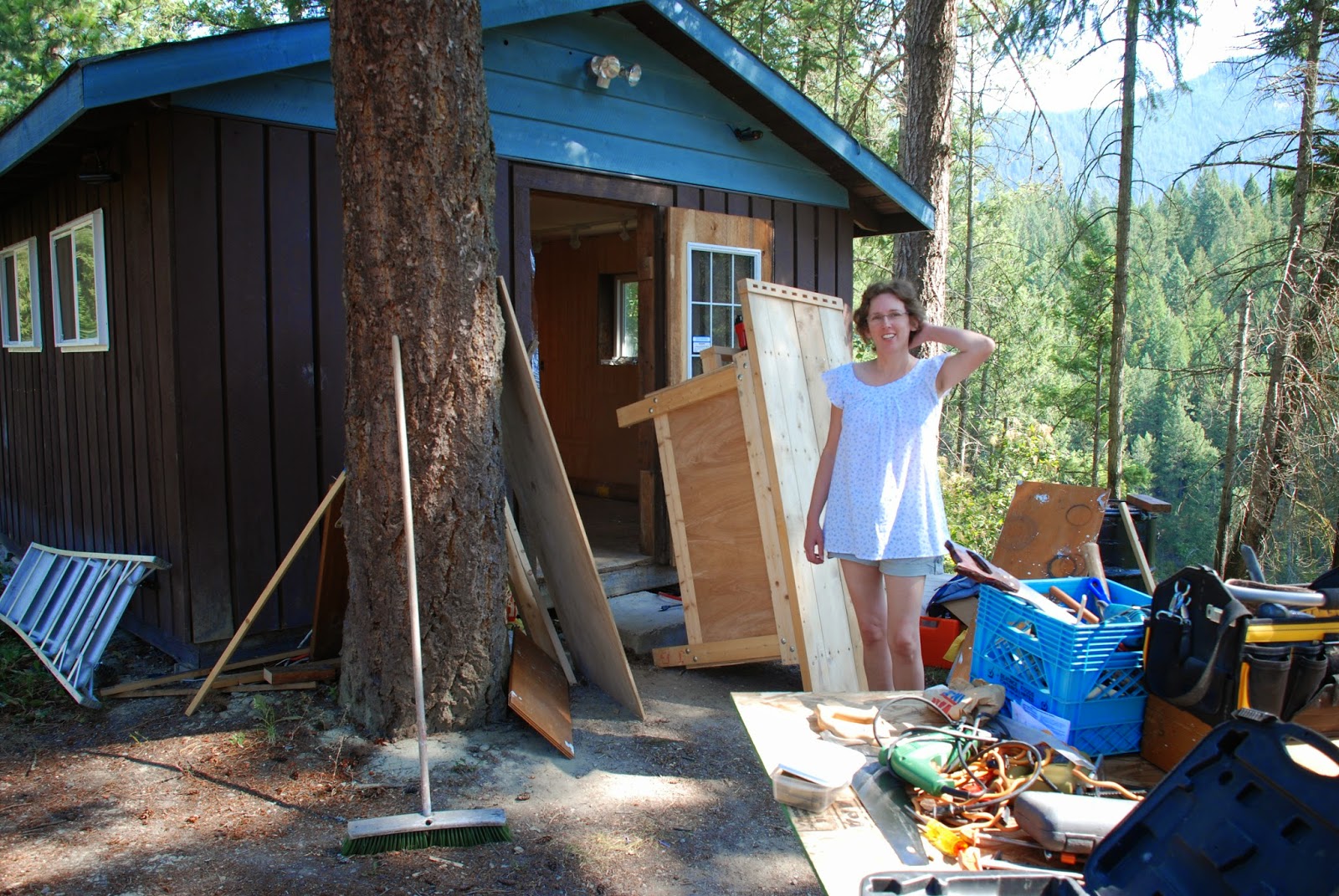 It's being hauled to the dump. 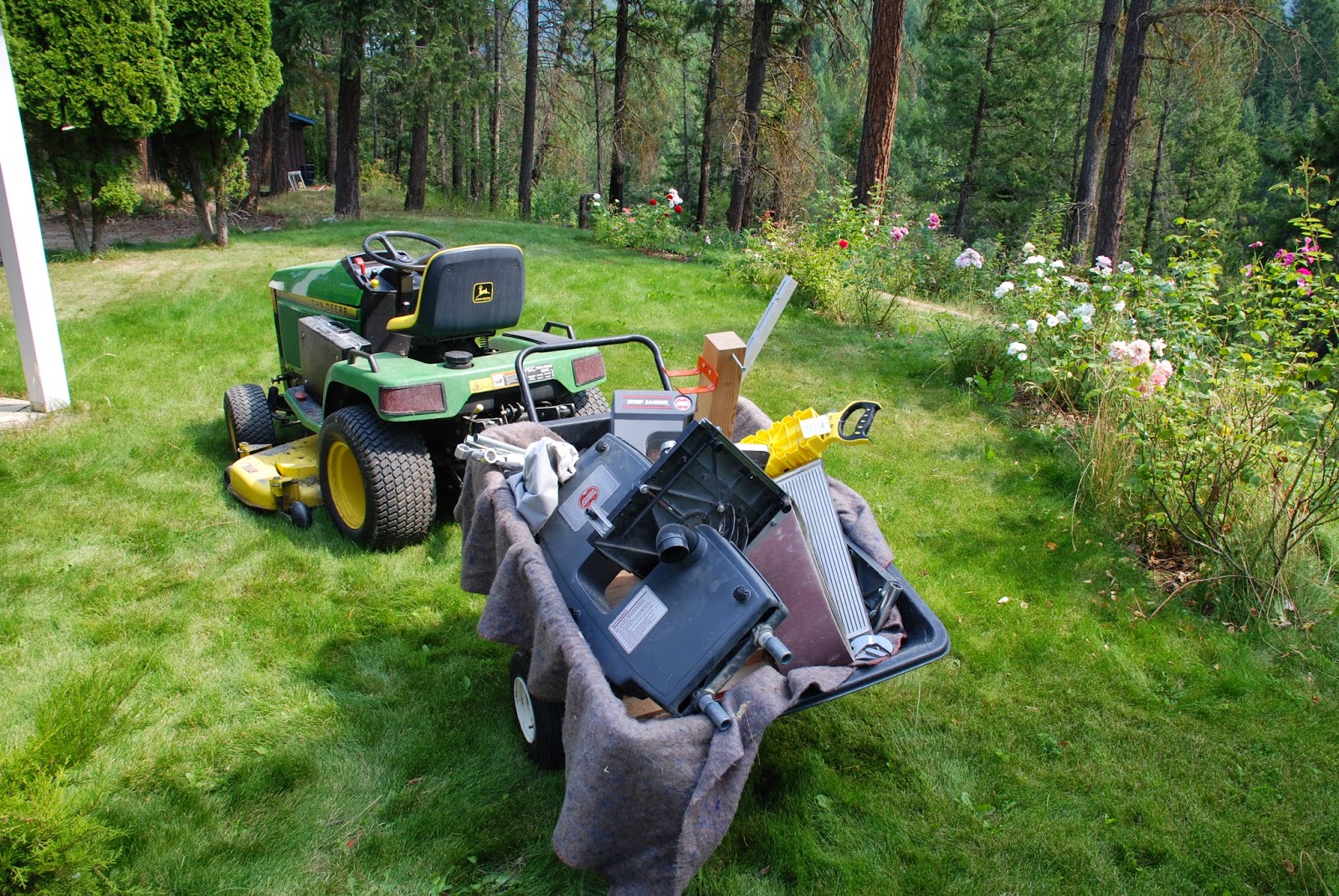 Except for Murray's tools, they have been moved to their new home. Thank heavens, now I don't have to breathe and clean up all the sawdust in the house any more! 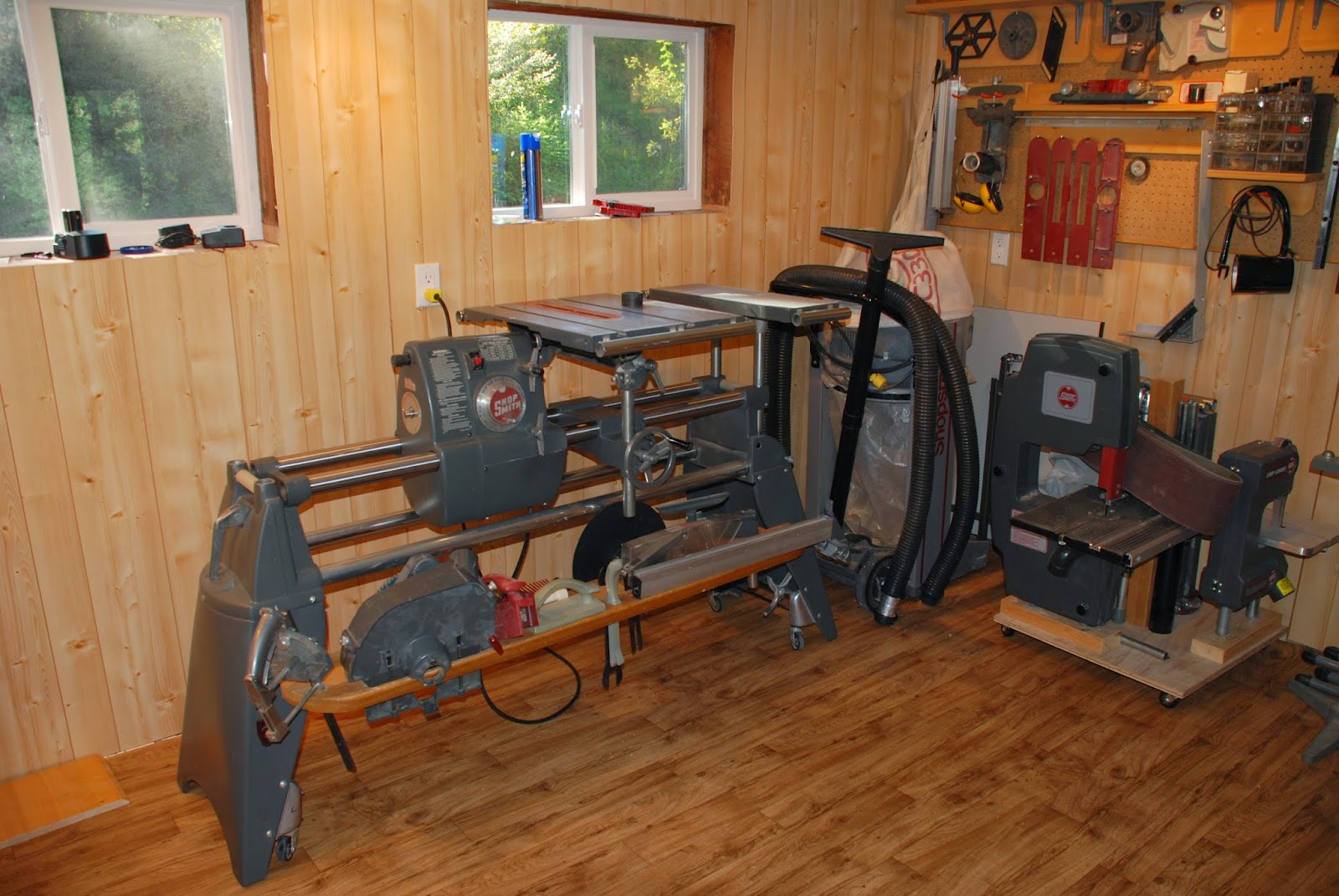 Voila, a wonderful workshop! All that needs to be finished now is a bit of trim, and a lick of paint on the outside. I will insist on pink! 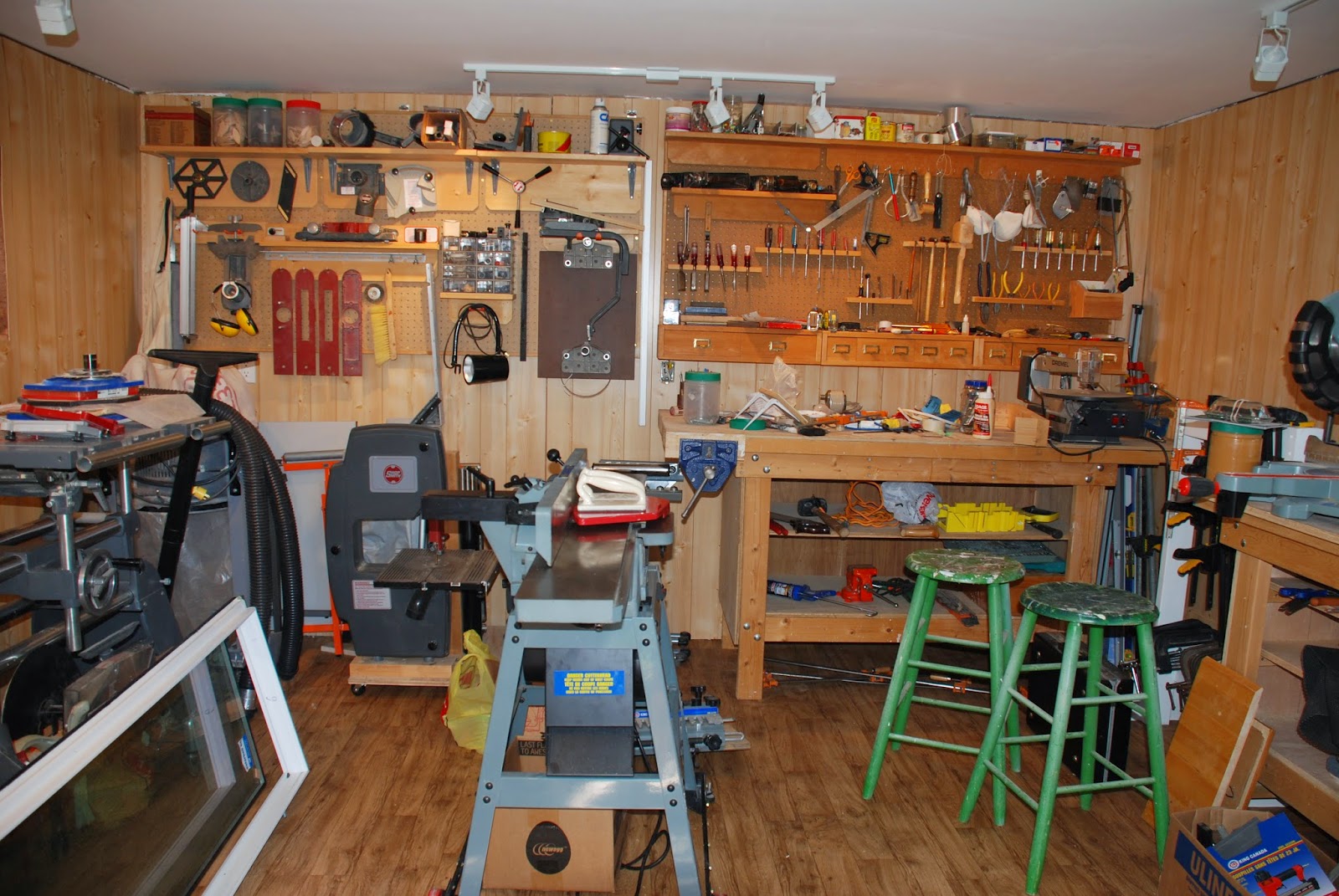 However, Murray is so fed up with all the hours he has spent in there, he doesn't want to see the place again...
Murray's projects renovation
Location: Home