Monday morning we headed to Amsterdam Intl Airport by train, with the intention to spend the night at an airport hotel. That way, we'd have an easier start to our long journey home the next day.

At every train stop, Murray's jaw dropped at the amount of bicycles parked as far as the eye could see. He kept wondering how people manage to find their own bicycle back in this "mess". However, from experience I know the Dutch can sniff out their own trusted vehicle as easily as a mother dog recognizes her own puppies! 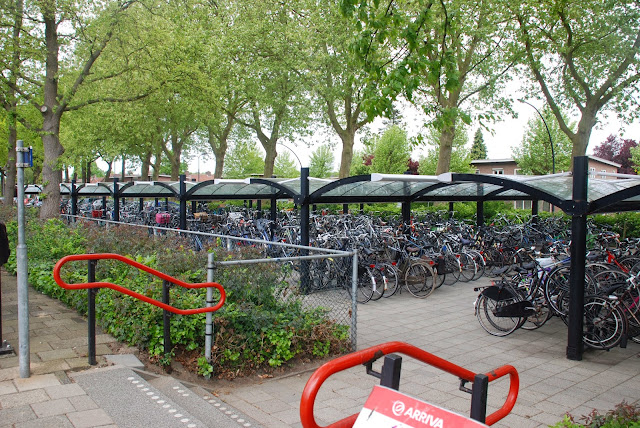 It was a typical Dutch train ride, meaning that twice we were summoned to get off the train at the next station and transfer to buses or other trains due to a failure in the overhead power lines further down the track. The estimated delay: could be up to a few hours. We weren't too upset, after all this was the exact reason why we decided to leave a day before our flight.

However one of the downsides was that we had to change trains three more times than we had originally anticipated. I had picked this route because it would ordinarily have meant changing trains just once... which would have been more than enough with our big, HEAVY suitcases!

But, one does what one must and we finally arrived at the airport. By then our arms were three times longer than when we started out, our minds still full of announcements that we needed to keep "track" of and our tongues hanging down to our shoes from exhaustion. We headed straight to Hilton airport hotel. "Do you have a reservation?" a stern looking lady asked tersely, glaring at Murray over the top of her glasses. "No............, but..........." he answered meekly....... "In that case," the lady said with emphasis and great authority, "we are FULL. No more rooms. All gone. Goodbye! Who's next?"

Stunned, we picked up our belongings and walked a mile or more to the next hotel, which had an open lobby that extended all the way to the roof of the building. I looked up and saw rooms all around us, going up and up and up to an incredible height. Surely such a huge hotel would have a meagre room available for two exhausted travelers? Full of hope and fear, Murray joined the long line of people waiting to be served. Finally, our worst fears were met, FULL!!!, our hopes were dashed. However, thankfully this gentleman was much nicer about the dilemma than the lady in the previous hotel had been.

What to do? We could hardly go back all the way to Winterswijk, we had been traveling for well over four hours. We had made it this far, we might as well stay. Neither of us fancied sleeping on a bench in this busy airport though, so we headed back to the airport plaza and went to the hotel agency desk.

The employee looked at us worried. "A room? For tonight?" she asked doubtful, "I'm sorry, but there is a conference going on and all our hotels are fully booked, even the ones in Amsterdam. But I'll see what I can do for you..."

If I had used my Dutch brain, I would have insisted we should take a train or taxi to downtown Amsterdam or one of the smaller surrounding towns and try our luck in one of the many hotels or motels. But, we were both drained and a little panicked, so we allowed the lady to search.

Well, she found a place for us, in the heart of Amsterdam, a brand new hotel not even 5 weeks old. When she mentioned the price for the night, all we could do was grab the desk, to prevent us from fainting. I was in a foul mood and nearly said "All we want is a ROOM, we don't want to BUY the whole darn hotel!" but feeling we had no choice, we nodded, our hearts as heavy as our wallet felt light.

Anyway, that is how we ended up at the INK hotel - one of the NUMEROUS hotels we saw in Amsterdam - yet another train ride and a half an hour's walk to follow. When we got out of the station it was raining cats and dogs. After 20 minutes walking we were soaking wet down to our bones from the pouring rain and our arms had no feeling in them whatsoever from our heavy luggage. Especially poor Murray was suffering because the carrying handle on his suitcase broke and he was forced to drag it by grabbing the loose handle instead. We will probably spend the rest of our lives wondering if all these hotels that we passed were really as full as all that, but ah well, we were there, it was dry and we did not have to sleep on a hard bench.

Finally we located the hotel and a very strange place it was. An intimidating and slightly claustrophobic room for sure! The entire wall was covered in pitch black wall paper, scribbled with white graffiti. This reminded me of the blackboards I stared at for well over 12 years in my school days... and I shuddered when I realized that what my parents paid in tuition for a whole year might have equalled what we paid for the one night in this room! 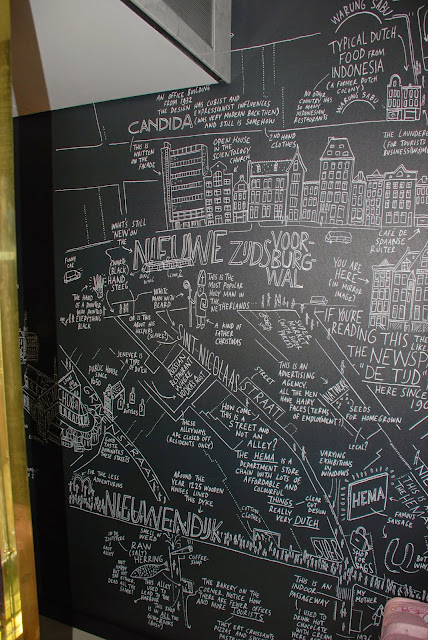 The next morning we headed back to the train station, one last walk through downtown Amsterdam and one last train ride to Amsterdam Intl. 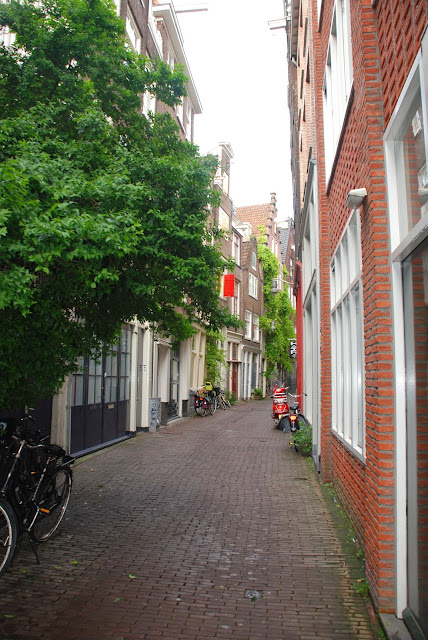 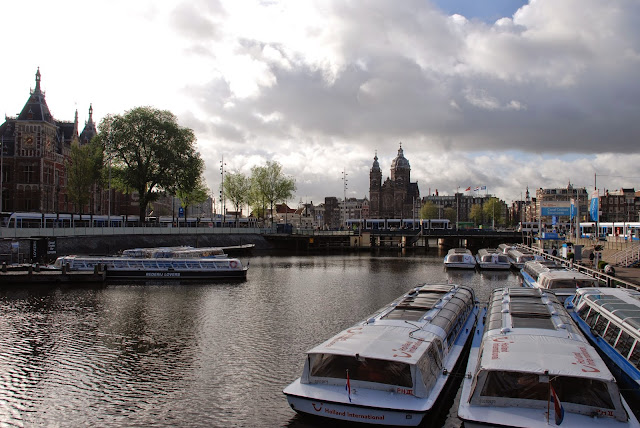 Leaving the rain and misery behind in Amsterdam, we settled for the long flight to Vancouver, then Cranbrook. We boarded the plane right on time and leaned back. Half an hour later, nothing happened. We were still all sitting there, in the same location, with no crew member in sight. After what seemed like forever, the pilot made an announcement: the person that fuelled the plane had found some minor damage to the aircraft, they were now waiting for a technician to assess if it was safe to take off or not.

All colour drained from our faces... what if we were not allowed to take off? We would have to spend hours waiting for another plane, or worse still, we might be forced to spend yet another night in Amsterdam! We were thinking gloomy thoughts for sure!

Time passed, another half an hour, surely they must have checked the plane by now? Another five minutes, another ten, nothing happened. Then the pilot's voice came over the intercom, "WE APOLOGIZE, ladies and gentlemen...." - Murray and I started shaking, convinced that the next announcement was going to be that we all had to get out - ".....But the technician has still not arrived, please be patient a little while longer!"

We had to wait for another 45 to 60 minutes and finally the much anticipated announcement came: "We're happy to inform you that the aircraft has been cleared to take off, and due to the strong tail winds, we expect to arrive in Vancouver with only a slight delay!" We could have gone to the cockpit and hug the man!

All in all, we had an unforgettable ending to an already memorable vacation... I'm sure we'll have a good laugh about it all in due time!

And so our Dutch adventures came to an end, we were finally airborne. By the time we reached Greenland both our mood and the weather had improved considerably. Who can stay angry with a scenery like this? 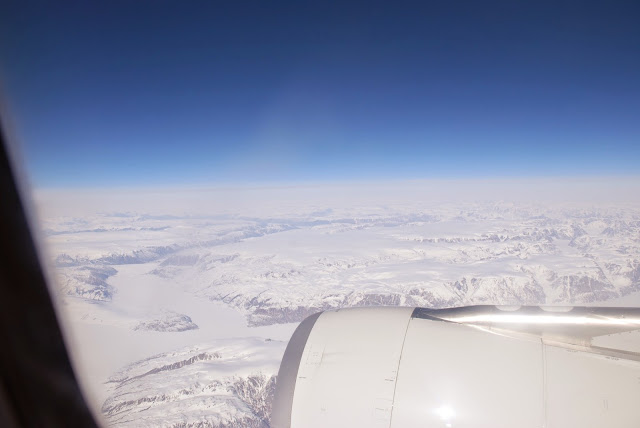 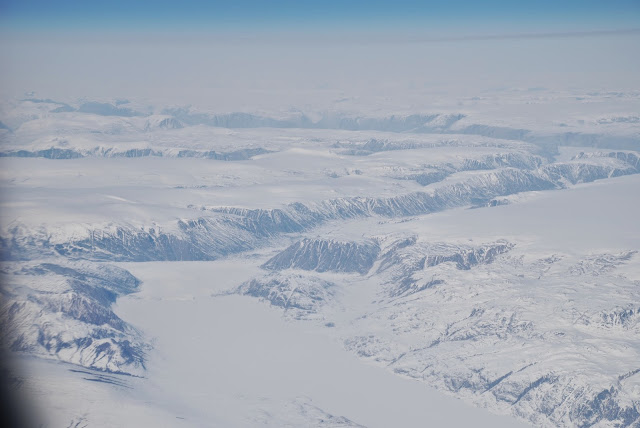 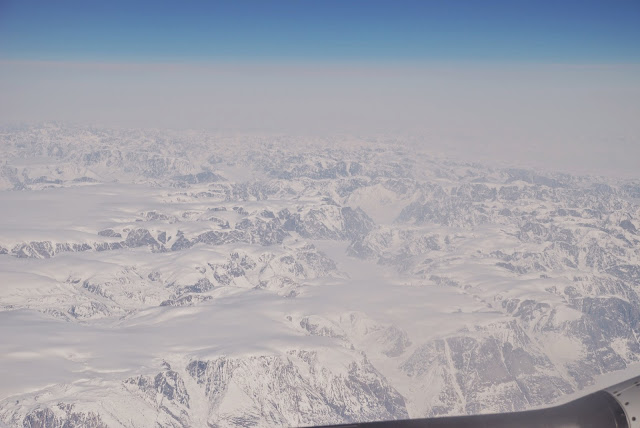 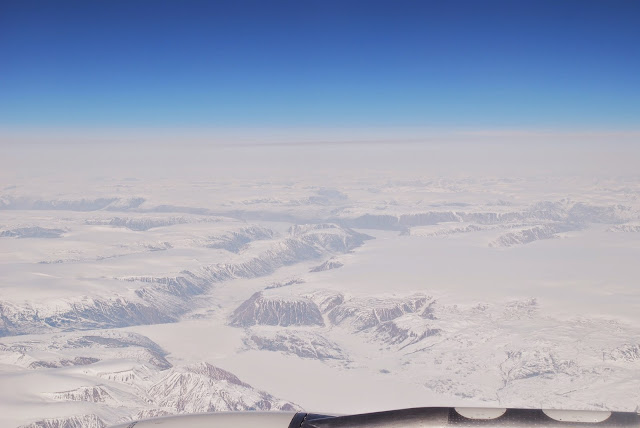 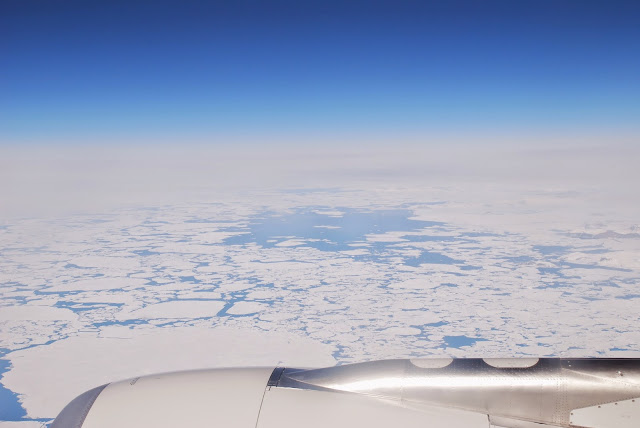 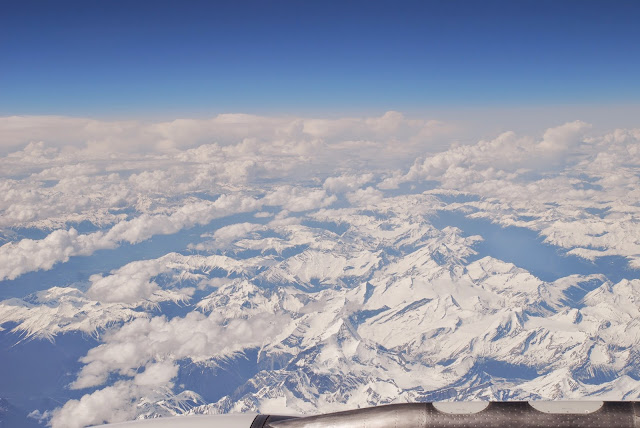 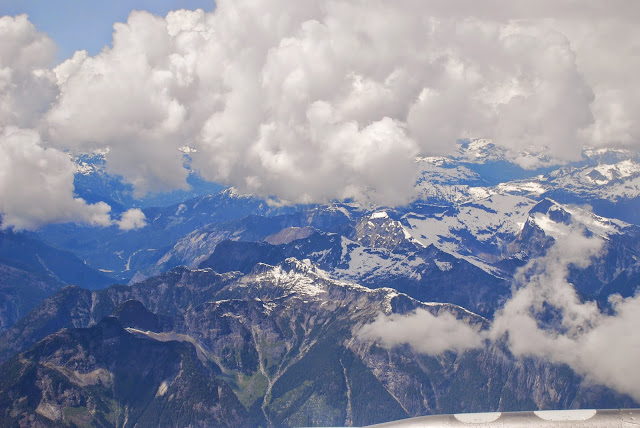 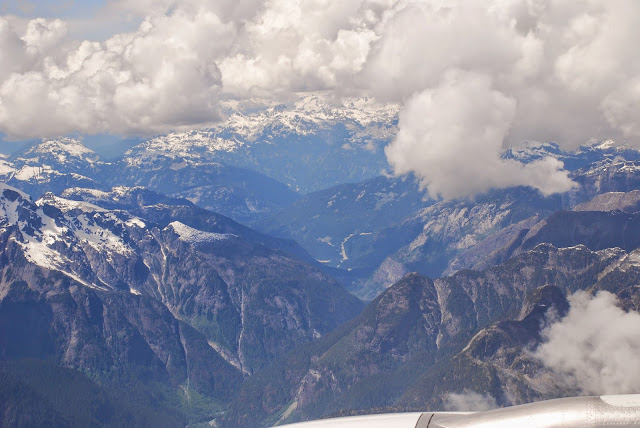 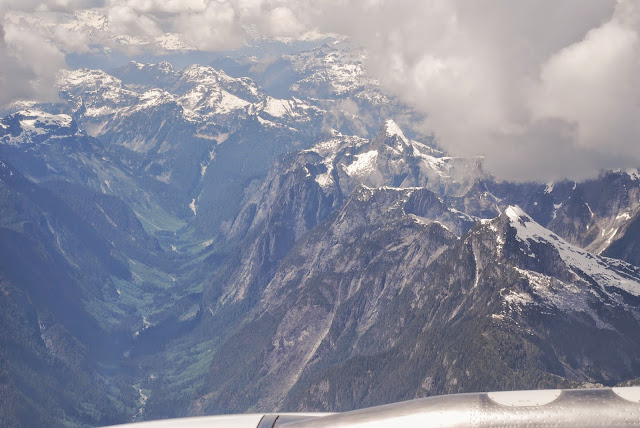 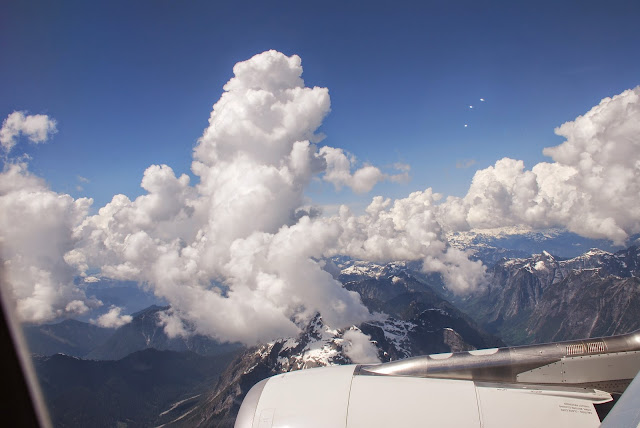 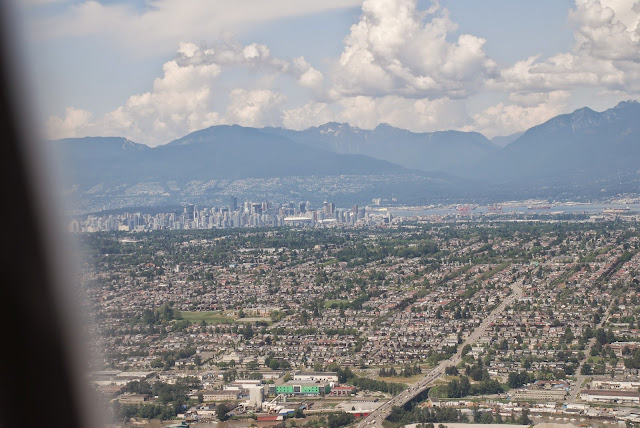 Exhausted and not wanting to drive in the dark, we stayed overnight in a hotel in Cranbrook at a fraction of the cost of the INK hotel and we slept all night - jet lag or not!
trips and events
Location: Amsterdam, Netherlands