Norwegian cruise - On our way to Norway

After breakfast the shuttle bus took us to the cruise terminal, a journey which took exactly three minutes. We could have walked, if we hadn't had these big suitcases!


It was just after 9 am, the place was deserted and we were shivering from the cold wind in front of a locked door. Puzzled, we tried to find somebody to talk to, but there wasn't a soul around. Half an hour later, an employee came out and welcomed us as the first guests... and then informed us that boarding wouldn't start until noon! We could have relaxed in our floating hotel a few hours longer!

However the man was ever so friendly and kindly allowed us to wait inside the terminal. We checked in at the desk and then went through security. Unlike our Alaska cruise there was no line up, in fact, we were the only four passengers! I guess we were just that early.

Then we had a long wait inside the cruise terminal building which gradually filled up with more and more guests. Finally the ship opened its doors and we were allowed to "walk the plank", four happy faces, among the very first of 1500+ passengers to board the ship! 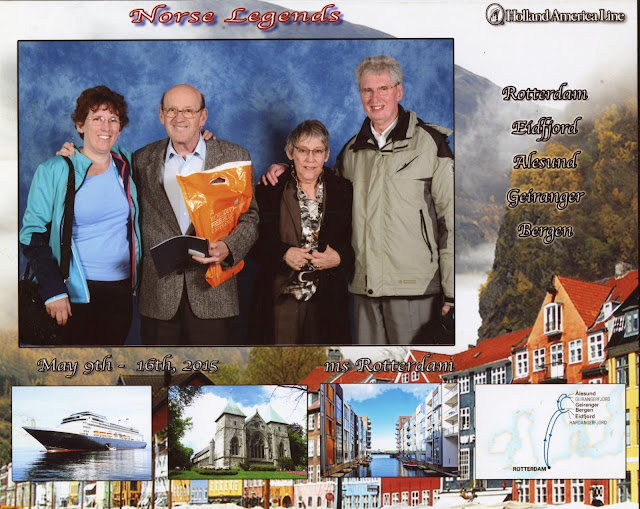 Our staterooms were perfect: spacious, clean and cozy. We were right next to each other in suite 7027 and 7029. 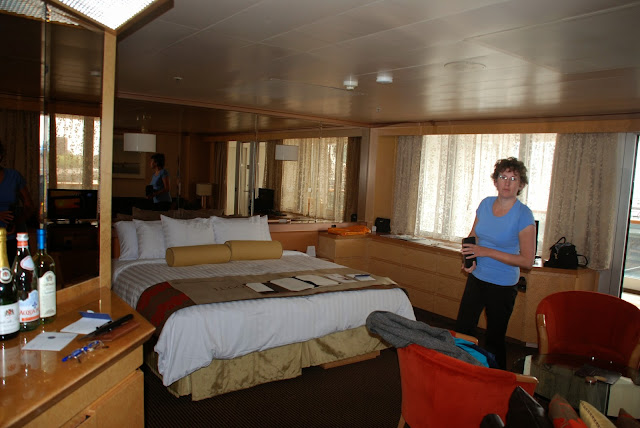 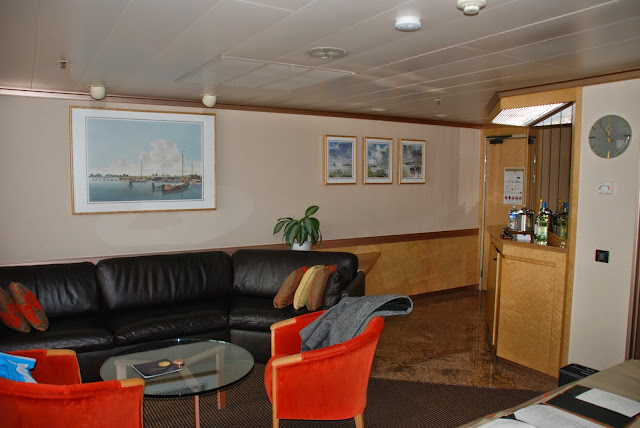 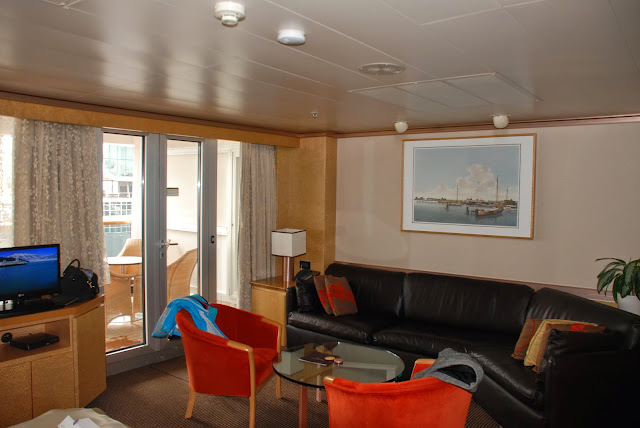 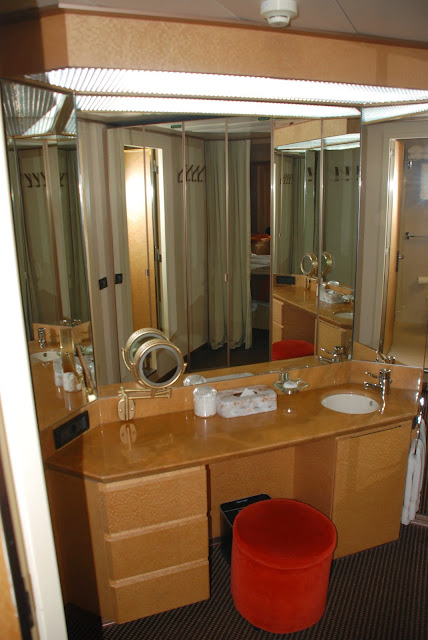 I had never seen so many mirrors before... 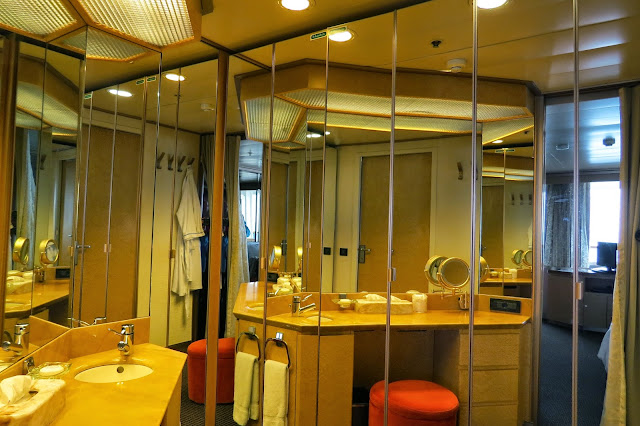 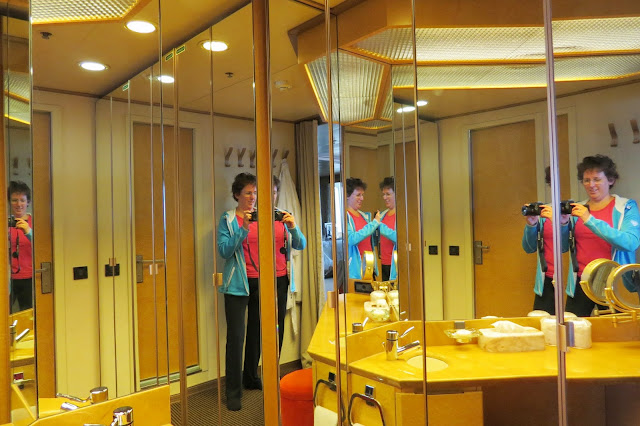 We were all tired from the long wait, so after receiving the suitcases and putting our clothes away we all went for a nap until it was time for the mandatory boat drill.

How different this one was from the drill on our Alaskan trip! There, we were constantly admonished in a very loud voice to Line Up Neatly, Be Quiet, Stand Still, Face Forward, No Talking and No Pictures!

Not this time though. The entire drill was noisy and rowdy, with passengers taking pictures of each other, the dock, and crew members wearing silly grins. Everybody was talking so noisily that we couldn't hear a word that came out of the loudspeakers, and we kept being distracted by latecomers scurrying by trying to squeeze through the crowd that was hanging over the railing to peek at the people below. Thankfully the drill was over soon, we were on our way! 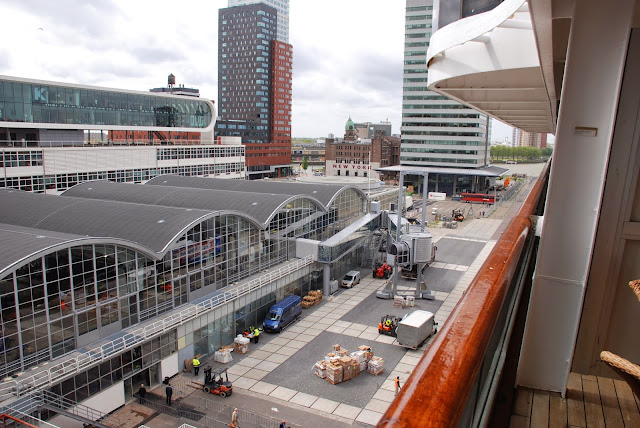 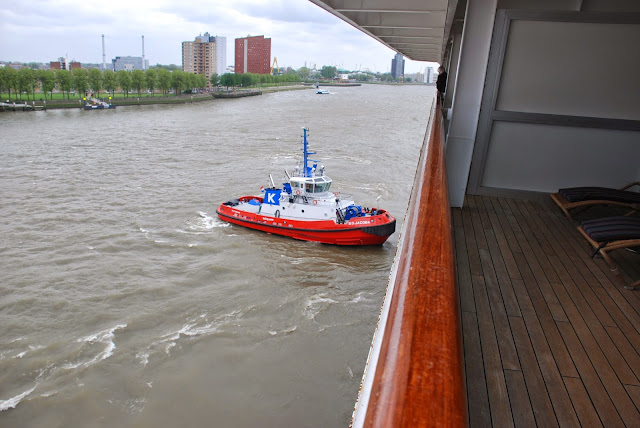 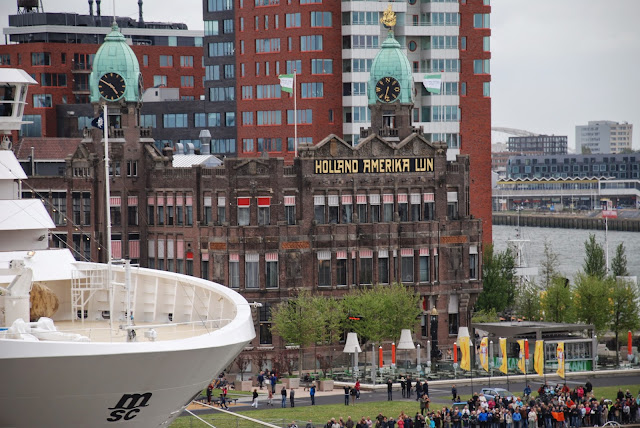 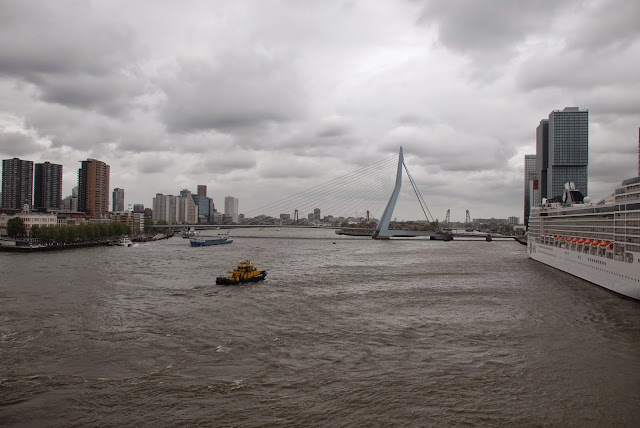 Leaving Rotterdam was spectacular. For hours we sailed the long inside passage towards Hook of Holland, in between ancient houses, windmills, modern skyscrapers and factories all fighting for space. All along the way there were people waving at the ship, we felt like royalty! 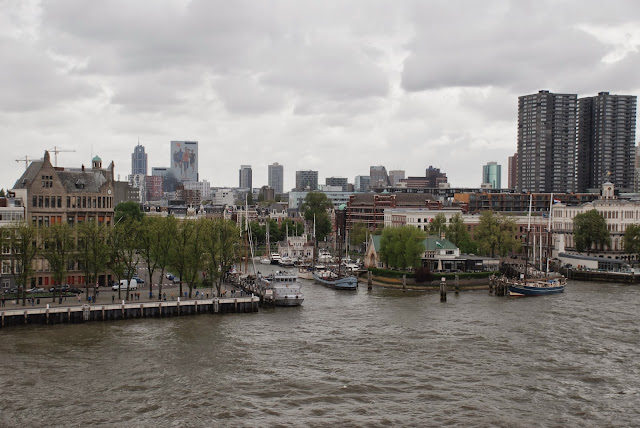 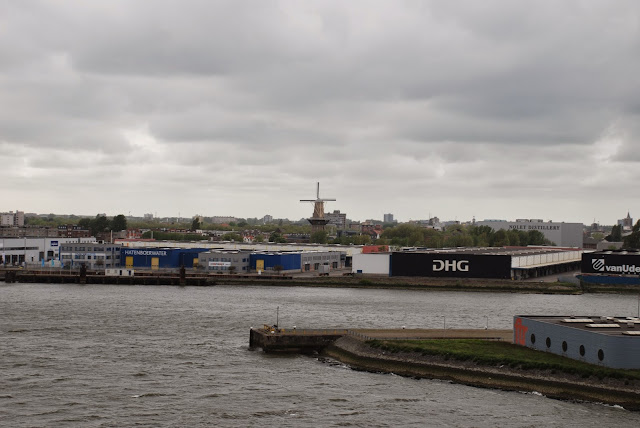 At six pm we had supper in La Fontaine restaurant. Momma had such a great time with our waiters Hardiono and Defri, because she could finally practise her almost forgotten Indonesian language again. I don't know what she said, but she made them giggle first, and then howl with laughter! They enjoyed her presence so much, that they almost forgot to serve Murray, Dad and myself! 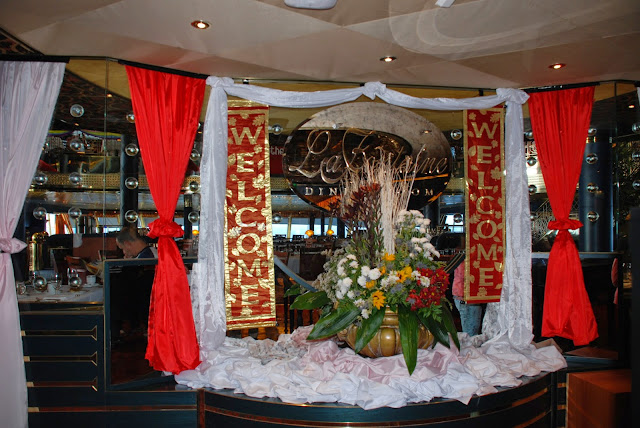 After dinner we were all exhausted from all the new impressions, so we went straight to our rooms to relax. As on our previous cruise, we were greeted by a towel friend: 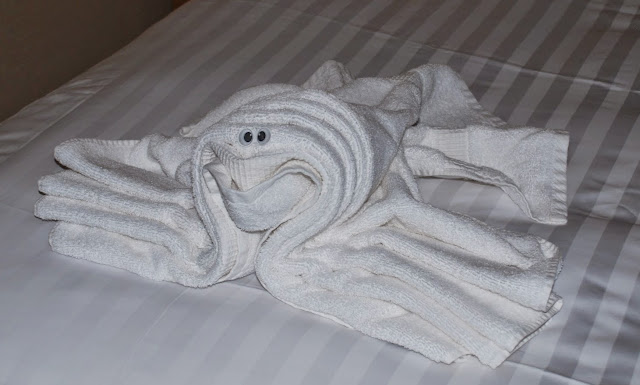 This reminded us of our friend Made, our friendly room steward on our Alaska cruise who was so good at this art form that he presented the towel folding course on the Zaandam. We're still in touch with him and very happy to hear he received a well deserved promotion recently!
trips and events
Location: Rotterdam, Netherlands