These past few months, every time we looked at our security camera videos in the morning, we saw recordings of bears walking around and playing. We often spotted bears from our windows too - this year we definitely had to 'bear' with lots of bears!


We saw so many bears this year - our security camera spotted a dark mother with two dark cubs.

Also, we saw a light mother with a dark and light cub. The movie is in black and white because it was captured at night.

A few days later, we saw them play right next the house and on our deck.

Just before Lisbeth arrived, we saw this cute creature in our apple tree. Yes, that is an incredible zoom lens I have - I wasn't quite as close as it seems! 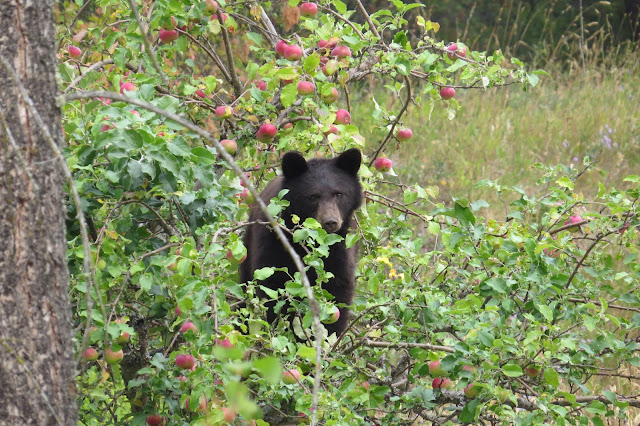 We kept hoping Lisbeth would see more than just "evidence" when she finally arrived, but alas... she never saw a bear on our property.

And hardly had she left, or we saw these two rascals in front of the house.

My "hound dog" Murray just had to bark at them, and they ran up the tree! 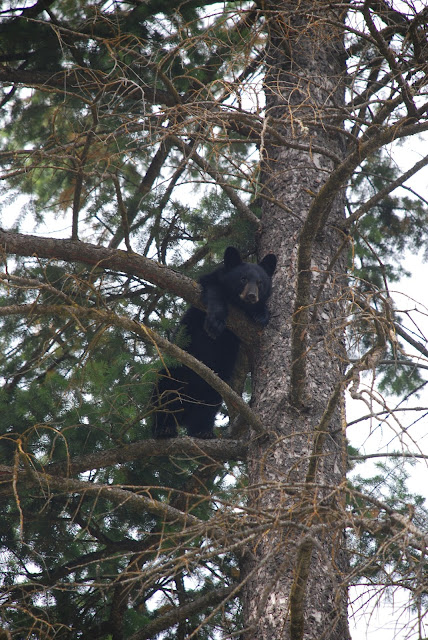 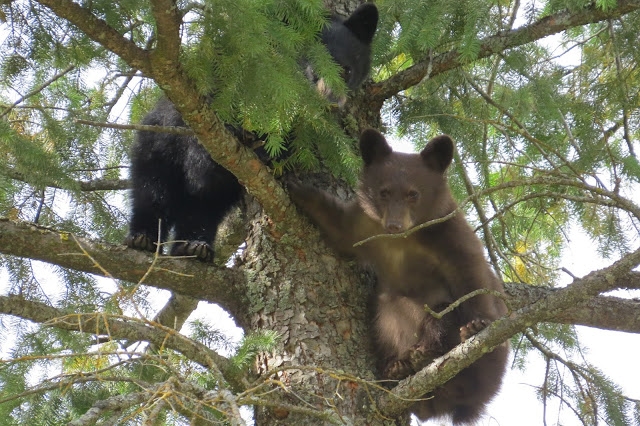 I was frightened to watch, they really seemed "out on a limb" up there. 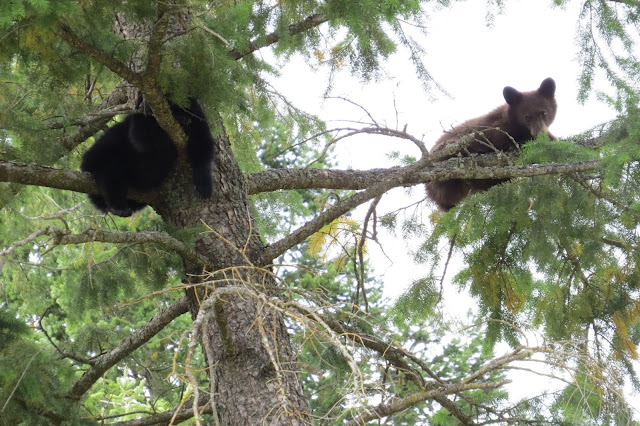 They were really quite quite high! 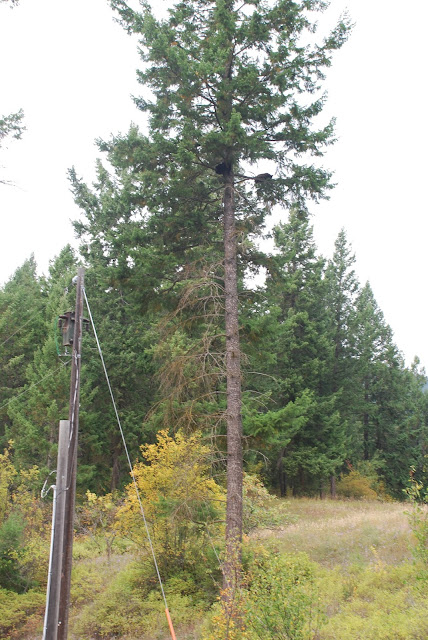 Not to worry though, several hours later (!) they finally mustered enough courage to defy the barking dog and ran off... here a movie of them climbing down. Excuse me if it is a bit shaky - I was filming with 50x zoom on almost maximum... not easy to keep a steady hand on that zoom level!

"Please move on soon, little bears, you have eaten all our cherries, plums, apples, pears and peaches, we're not feeding the raccoons till we know you're gone. We love you dearly and don't want a repeat of that terrible event last year, where the conservation officer had to catch a poor bear that had settled in too much and even started to try and get into our house..."

On a serious note, Murray and I have since done a lot of research on black bears. One thing we learned is that they are not quite as ferocious as many make them out to be. We read several articles on the Internet, but this one was the best in teaching us to understand bears. The fourth paragraph says it all... the comparison statistics are staggering.
around the house wildlife
Location: Home