We woke up to a bright blue sky without a cloud anywhere. What a welcome sight after the terrible weeks of suffocating smoke and only being able to see a sickly yellow tinge, when we could hardly go out of the house, the air was so bad.


We decided to take the longest free ferry in the world to Ainsworth Hot Springs.

Just after 10am we left, thinking that would leave us plenty of time to make the 12:20 ferry. We stopped here and there to take some pictures. Progress was slow on the winding road, we were watching for wild animals to photograph and once had to stop for a family of wild turkeys, a mamma and lots of babies. Still, two and a half hours to get there should be enough, right?

Wrong. About 10 minutes before we arrived at the ferry terminal, we saw a long progression of cars on the opposite side of the road... oh oh... that could only mean one thing - we had missed the ferry after all!

But not to worry, it was a gorgeous day and we were hungry. We decided to change our plans a little. We had lunch at the terminal while enjoying the lake side and waiting for the next crossing at 2pm. 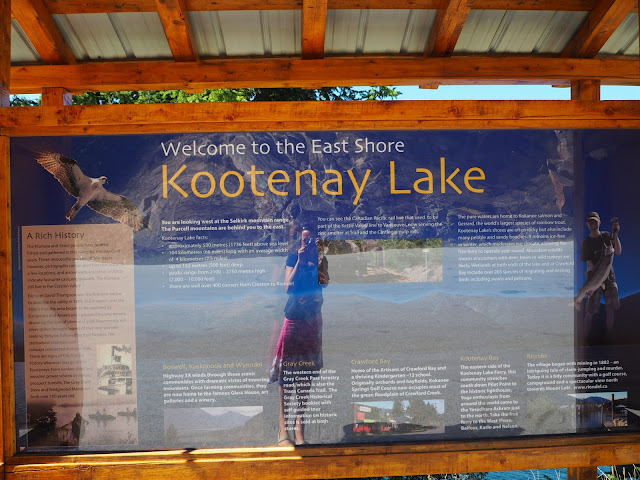 At last the "Osprey 2000" approached the terminal. 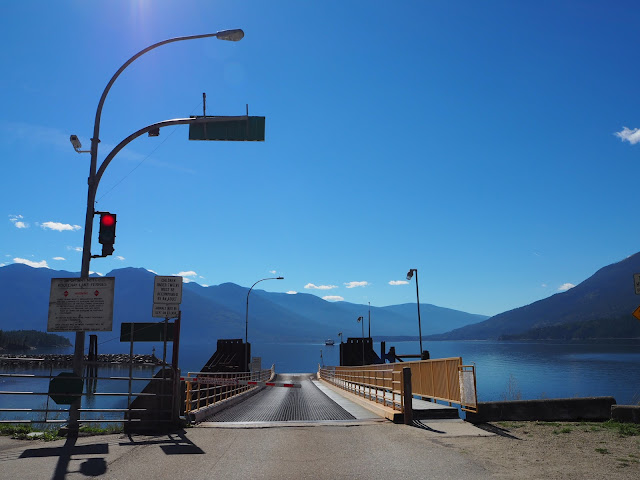 It was well worth the wait... we felt like we were on a mini cruise. 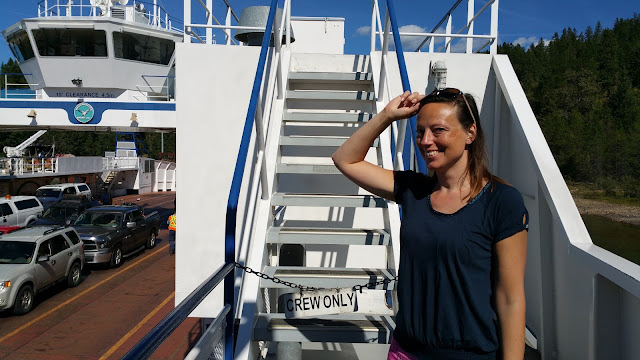 "No, we're not sisters", as we explained several times to the same question. Do we really look alike? Neither of us can see any resemblance... we'll just blame it on our similarly pitched voices, continuous giggles or "foreign" accent then. 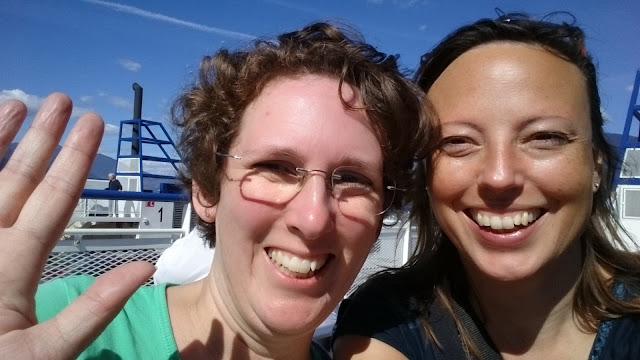 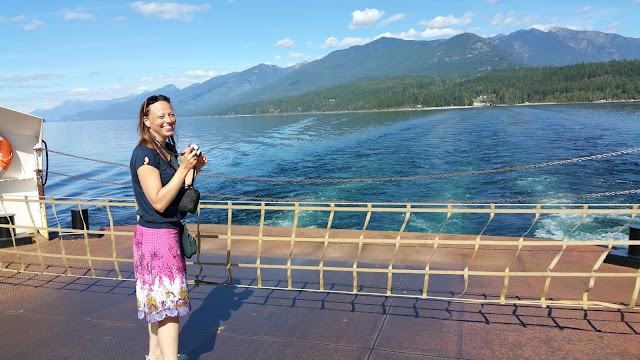 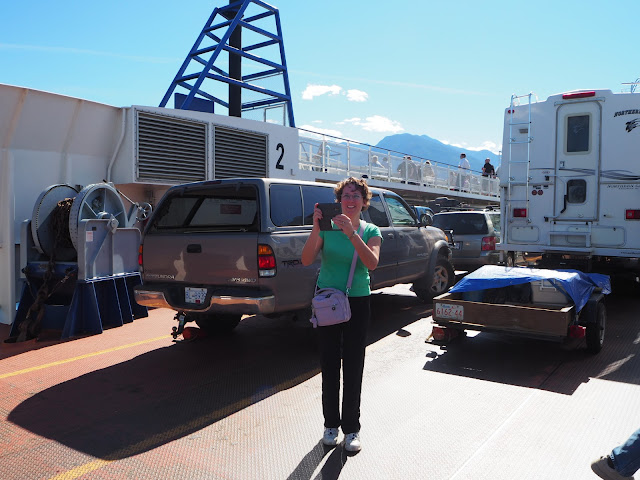 "Okay, but then I'll take a picture right back!" 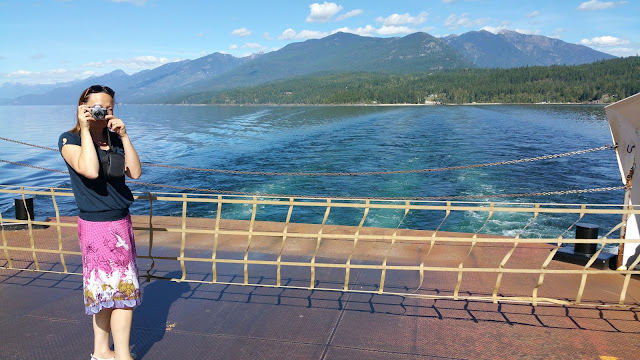 Everyone is enjoying the gorgeous views and spectacular scenery. It is hard to believe that a few days earlier one would not have been able to see land anywhere from the middle of the lake because of the heavy smoke. 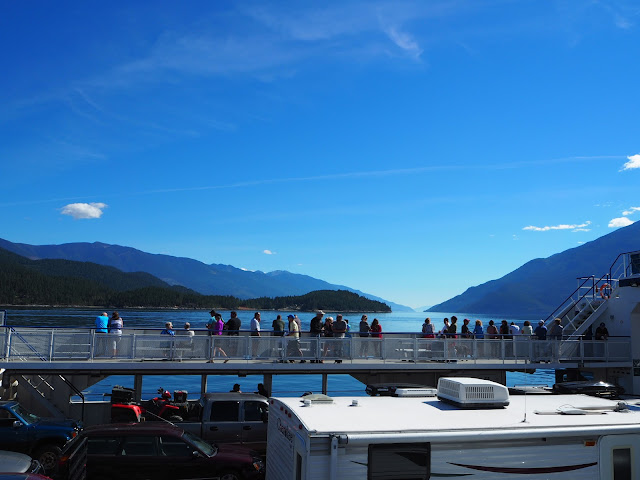 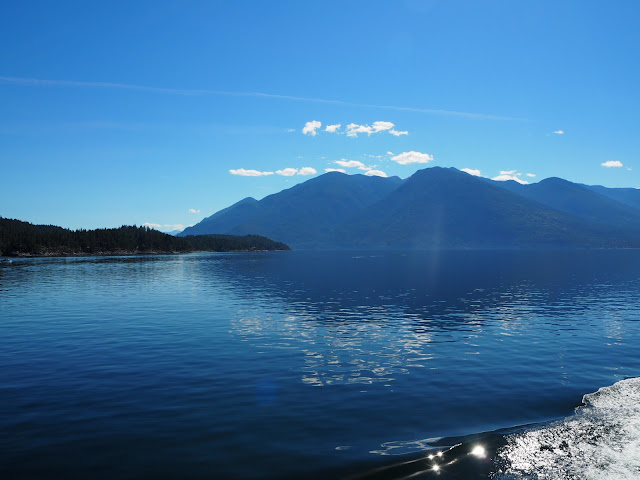 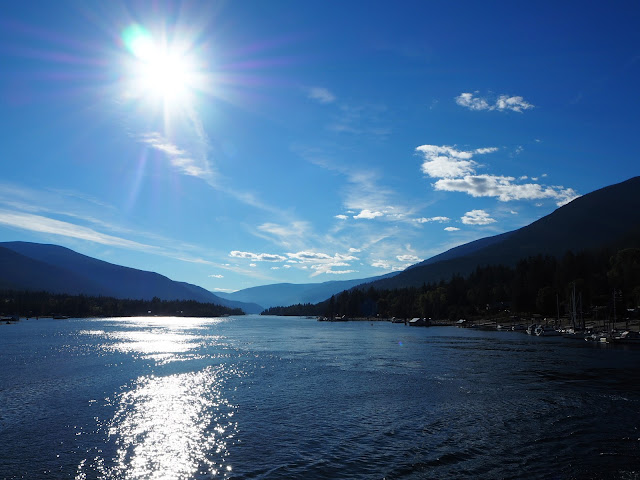 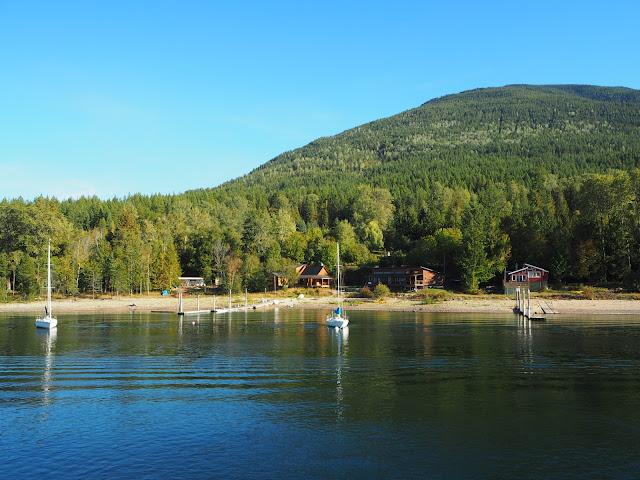 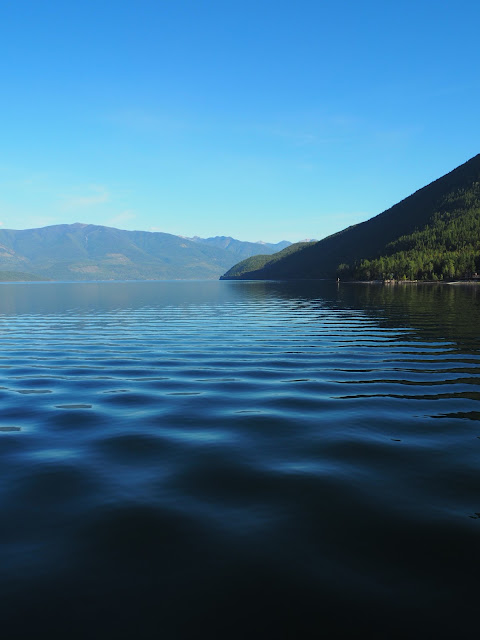 Because we had missed the 12:20 boat, we only had an hour at the hot springs before we had to head back to catch the 4:30pm ferry. Frankly, an hour was enough. Although the water was pleasant enough, the place was very crowded. The main pool is tiny... it reminded us more of a hot tub than an actual pool!

We lowered the average age by about 30 years, it seemed, so things moved rather slowly overall and swimming was basically out of the question. But the hot springs cave was fun (but a bit creepy, being so hot, dark and damp) to wade through. All in all it was a nice experience - but not a place I'd want to visit on a regular basis.

She even managed to take a picture - you can just see them next to the white car... shame they disappeared down the bank when it was "our turn" to drive up to them... 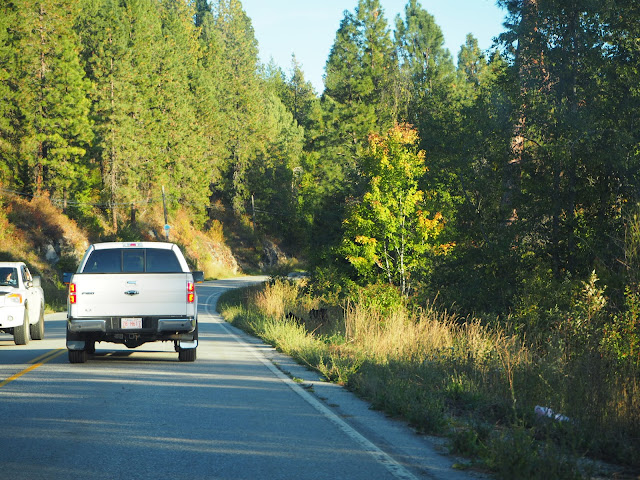 All in all it was a lovely day - just like a vacation really!
people trips and events
Location: Ainsworth, Canada