I can't believe it... this year we had a dry, hot summer all the way into October.


With all the bears around, you'd almost forget we get other visitors as well. 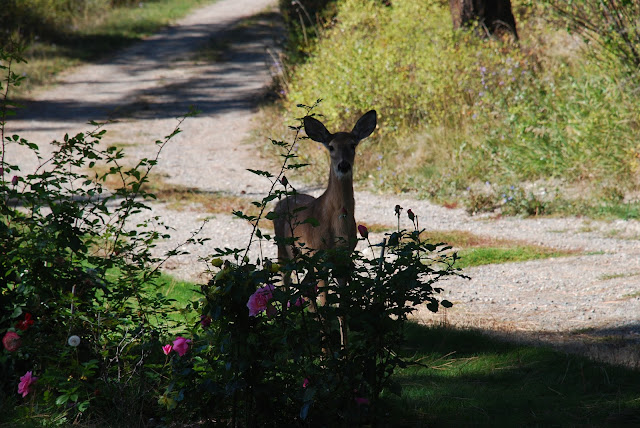 So, I thought to myself, that probably meant I'd have to wait, say, 15 to 30 minutes? Surely no longer... and to be prepared I settled myself on the deck with my camera and a tripod shortly after 6:30. I waited. And waited. Got colder. Got colder still. It was a glorious night though and it was a lot of fun watching the sky grow darker, stars started to twinkle and when it was dark enough, the Milky Way became almost a fiery band in the sky. We're so lucky to live in a place without light pollution!

It turned out my calculations were entirely wrong and around 7:30 I started to wonder if our planet had perhaps lost its lunar companion somewhere! SURELY something was wrong... this couldn't be right... I nearly went back inside. But finally my patience was rewarded - there she was! Eight o'clock sharp she appeared, blood red and mysterious. I quickly set up the tripod and nearly missed it, because the moon disappeared behind the trees only minutes later. But here it is, my very own picture of the eclipse! 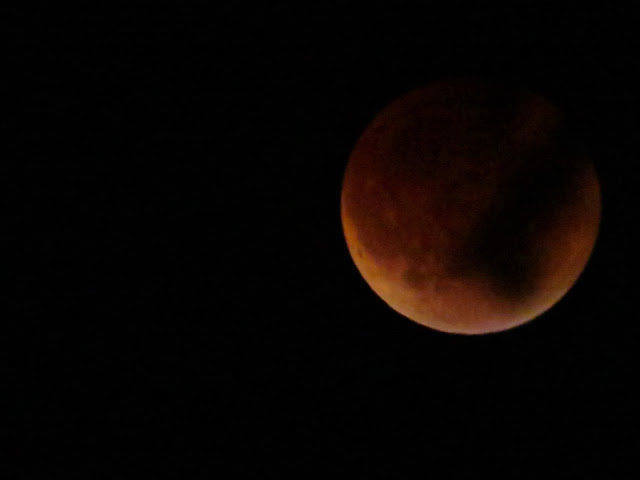 It's that time of the year, gorgeous skies and fall colors. 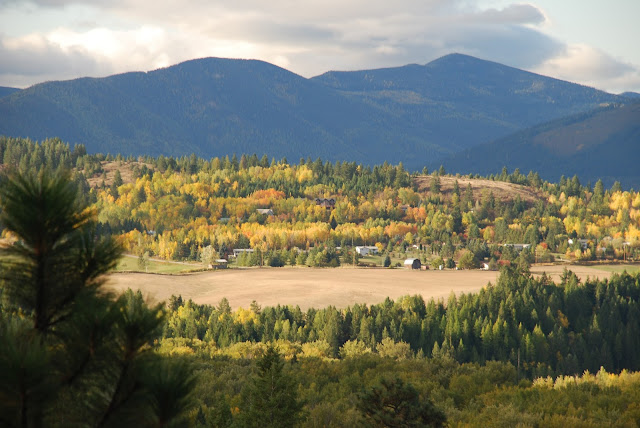 The view from our drive: 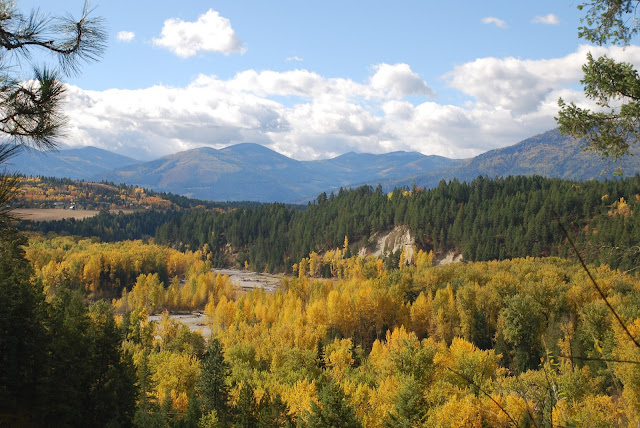 Can you believe it? In October? 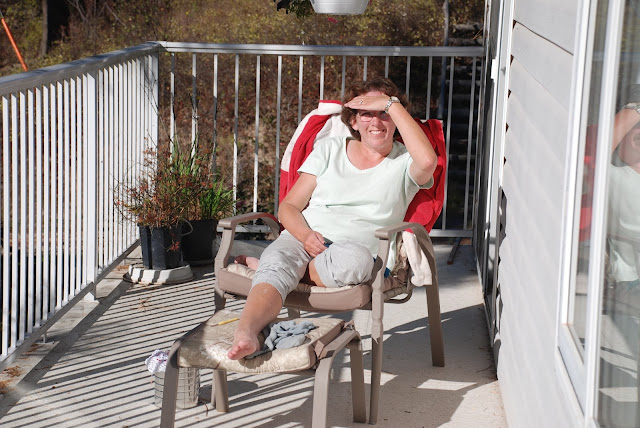 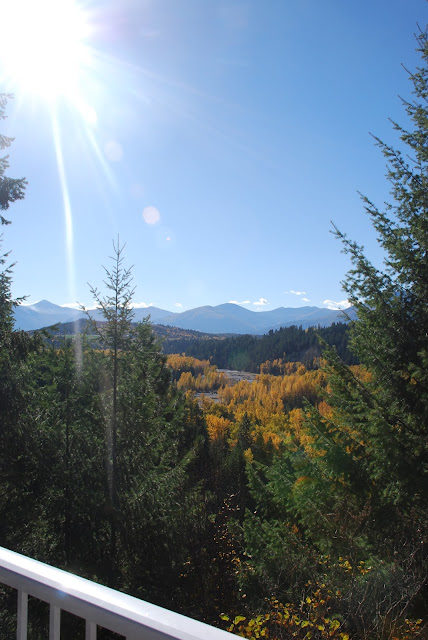 Some of our roses. Yes, they are still blooming! 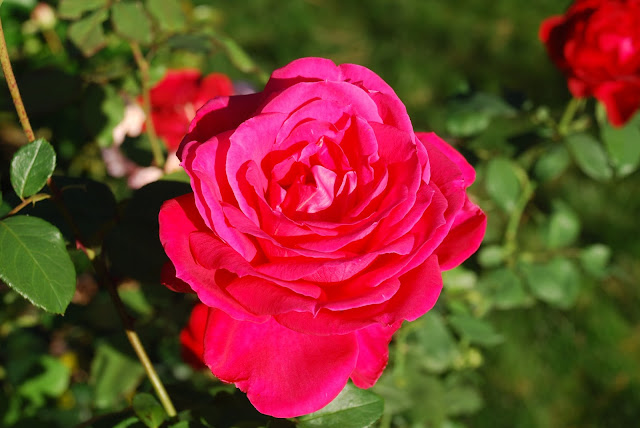 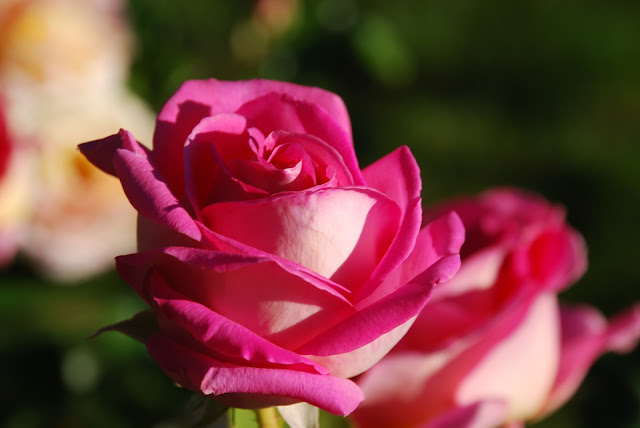 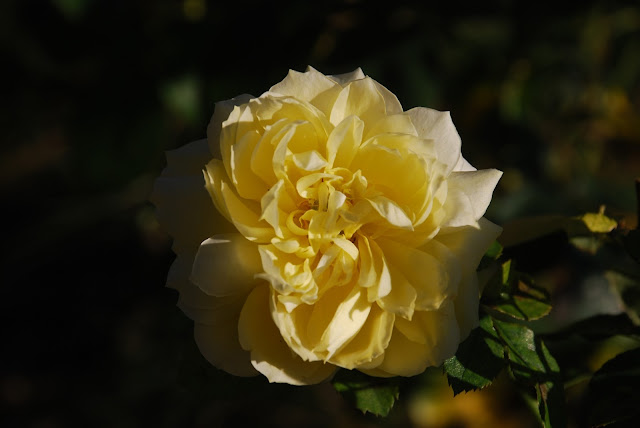 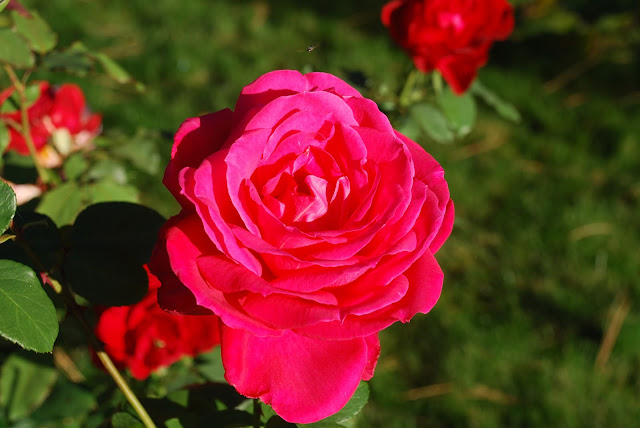 Of course, no blog post can omit the mention of bears, we live with them. 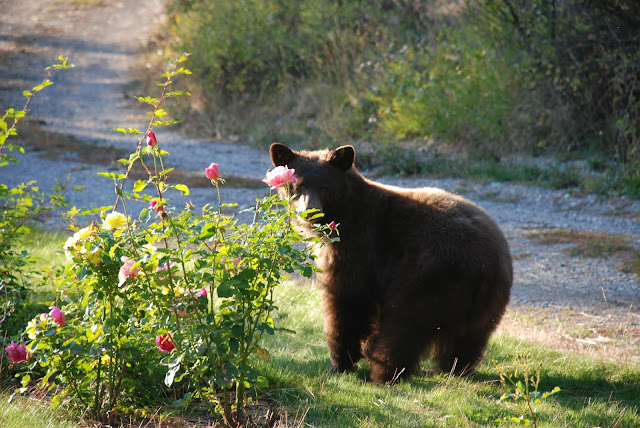 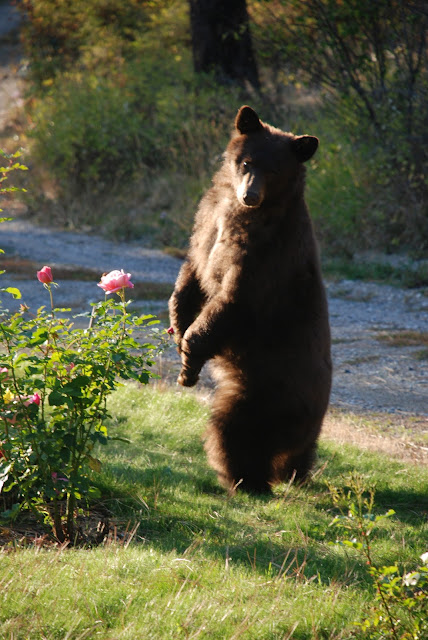