A farewell to 'Our First Fight'

Today we are bidding farewell to our beloved Mouse. Bye darling Mouse, we shall miss you, so much... You were sweet, gentle and took it upon you to be the foster daddy to all the other cats. So how did you come to be nicknamed 'Our First Fight'? That is the story I will share today...


As a child, I was highly allergic to cats. It was so bad in fact, that I couldn't even be in the same room with a cat and still breathe. As a result, I stayed away as far as I could from cats and thought I didn't like them... even though I was very fond of all other animals.

But then of course I got to know Murray - who was basically the male equivalent of a crazy cat lady. He was living with three cats when I met him! Although we were both hoping that I might have outgrown my allergies (I no longer started to wheeze whenever I visited a "cat house"), he was also willing to home the cats if necessary if I still proved to be allergic after we'd be married.

Shortly after we were engaged, we were talking over the phone and he mentioned casually that he had brought home another young cat - yes, by then he had four cats! 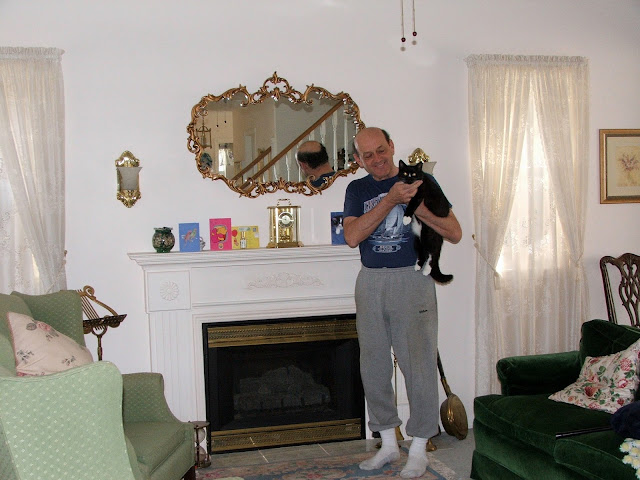 I was furious! Without even listening to his side of the story I gave him a long lecture that if we were going to start a life together, vital matters like rampantly adopting new pets all the time should be a joint decision. And what about my potential allergies?

When I finished raging at last, Murray finally managed to explain how it had happened. He was driving home that day and stopped alongside the highway to take pictures of the mountains for his future wife, because I had never been to Canada yet (we had only met in Europe).

Then this cute young cat came up to him to greet him. Murray petted it and then, as he was about to drive off, the owner ran out of the house, begging him to take the kitten home.... he had just thrown the poor thing out of the door and would have just left him there to go feral (or die) unless Murray took the cat with him.

Well.... of course Mur couldn't let that happen - the cat would have been dead within hours right next to that busy highway. So he didn't think twice, scooped up the little fellow and took him home.

Naturally I understood then why he had done so and mellowed right down... I would have done exactly the same in fact. All the same, I never got to live it down to this day. That is how Mouse got the nickname 'Our First Fight'.

When I finally moved to Canada, Mouse, the other cats and I became instant friends. Yes, it was true, I had outgrown my allergies and could finally get to know what magnificent friends cats really are! 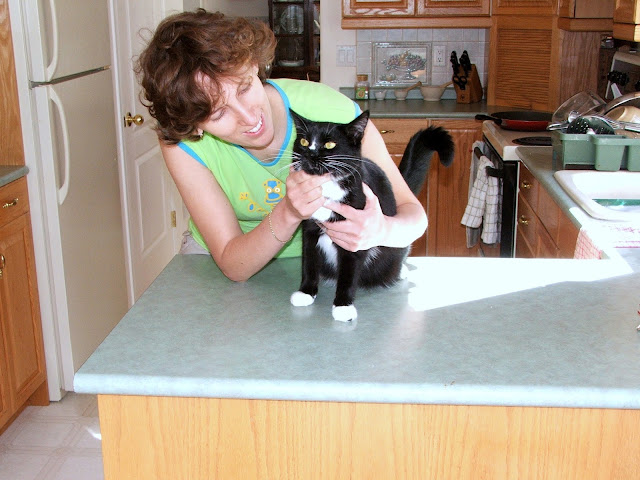 Some of Mouse's favorite poses: 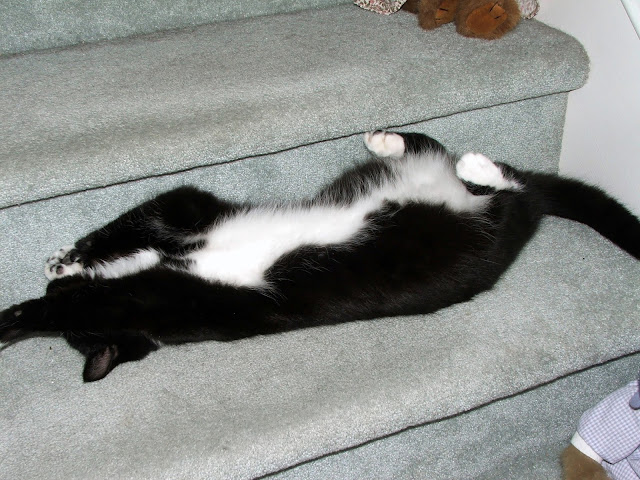 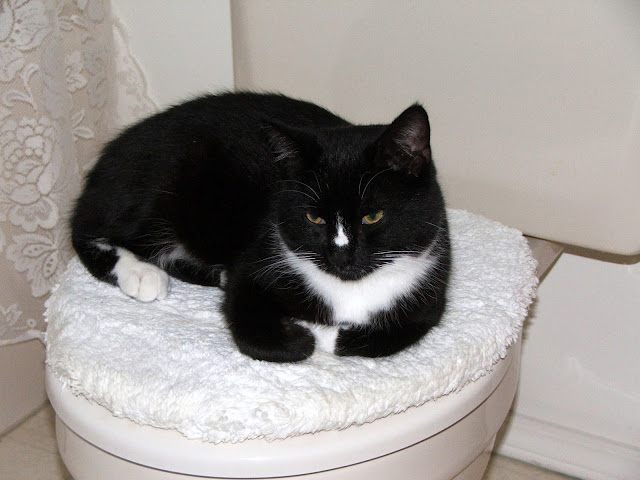 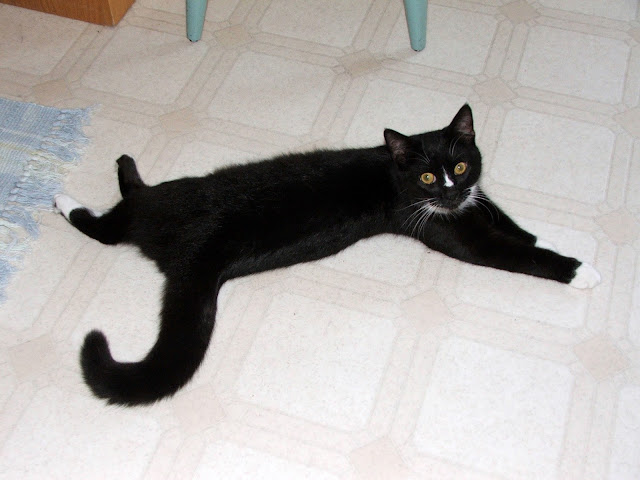 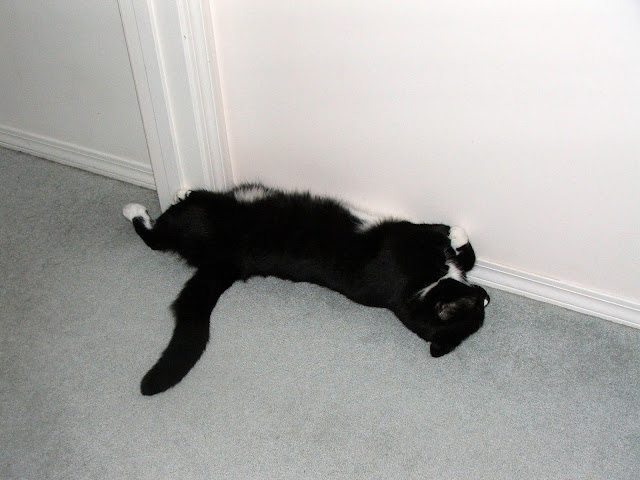 Mouse really showed his gentle nature when we adopted Mickey. Wait, did Murray insist on adopting a cat again and started another fight? No way! It was me who fell in love with Mickey at first sight... yes, only a few months after we got married I had already changed into a full blown cat lady.

But it was Mouse who truly fell in love with Mickey... his very own baby to pamper. 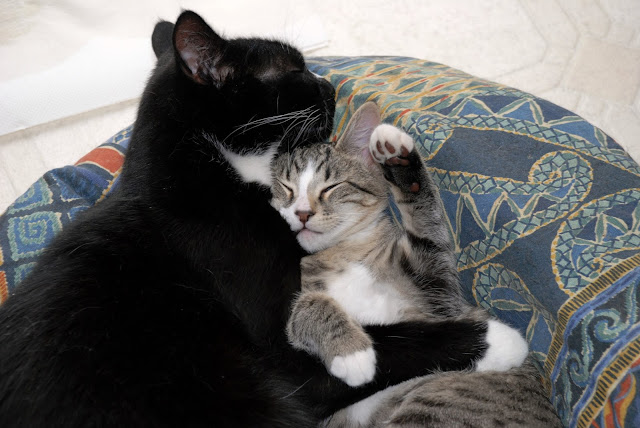 A year later Atrus found his way into our home... and heart. Again, it was Mouse who looked after him with such gentle care. 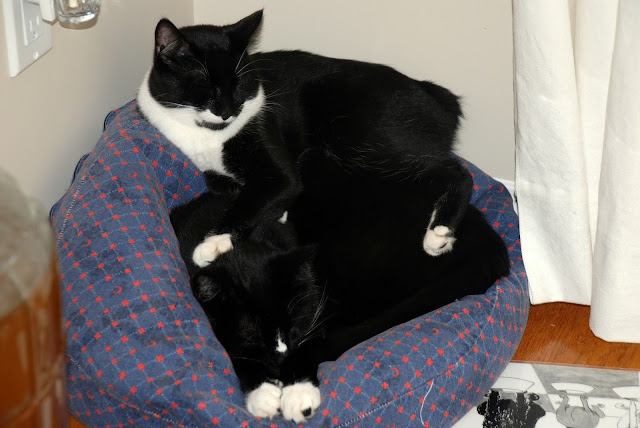 He even became the foster daddy of our two crazy Abyssinians, Leonito and Simba! 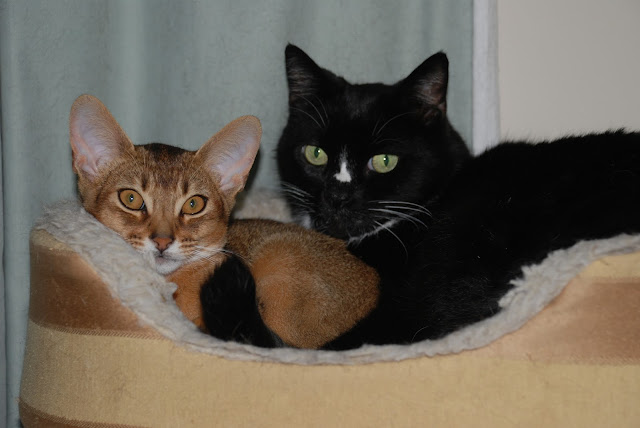 But, sadly young cats grow old eventually... and sometimes lose their health. Mouse has been on borrowed time for a few years now with ever increasingly strong medication... until finally his body started giving out altogether.

The time has come for Mouse to make his final trip. Goodbye sweetheart! Murray, Mickey, Atrus, Leonito and Simba will miss you... "Our First Fight"! 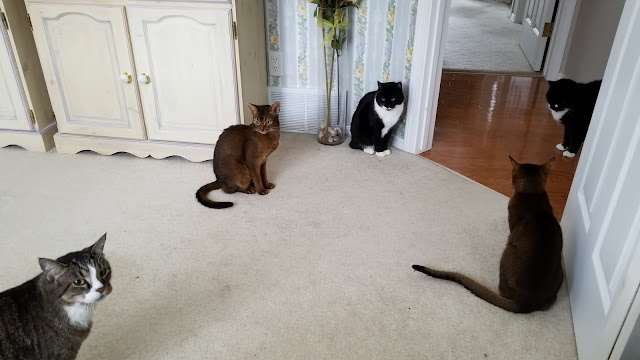 Mouse, forever in our heart: 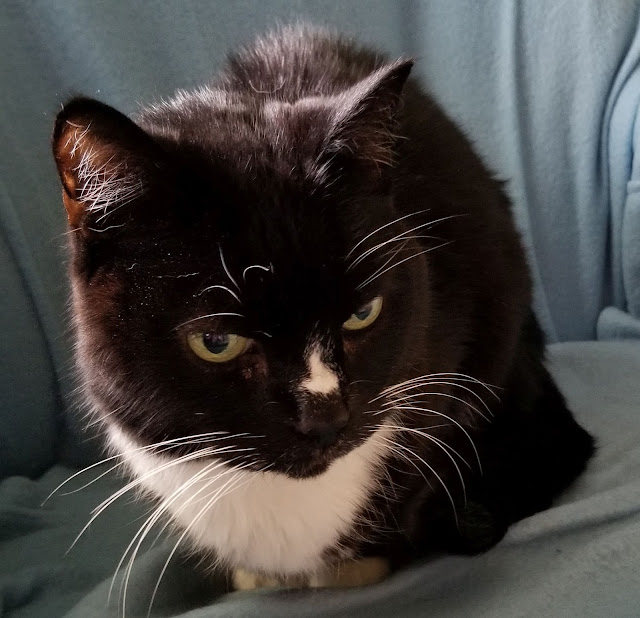